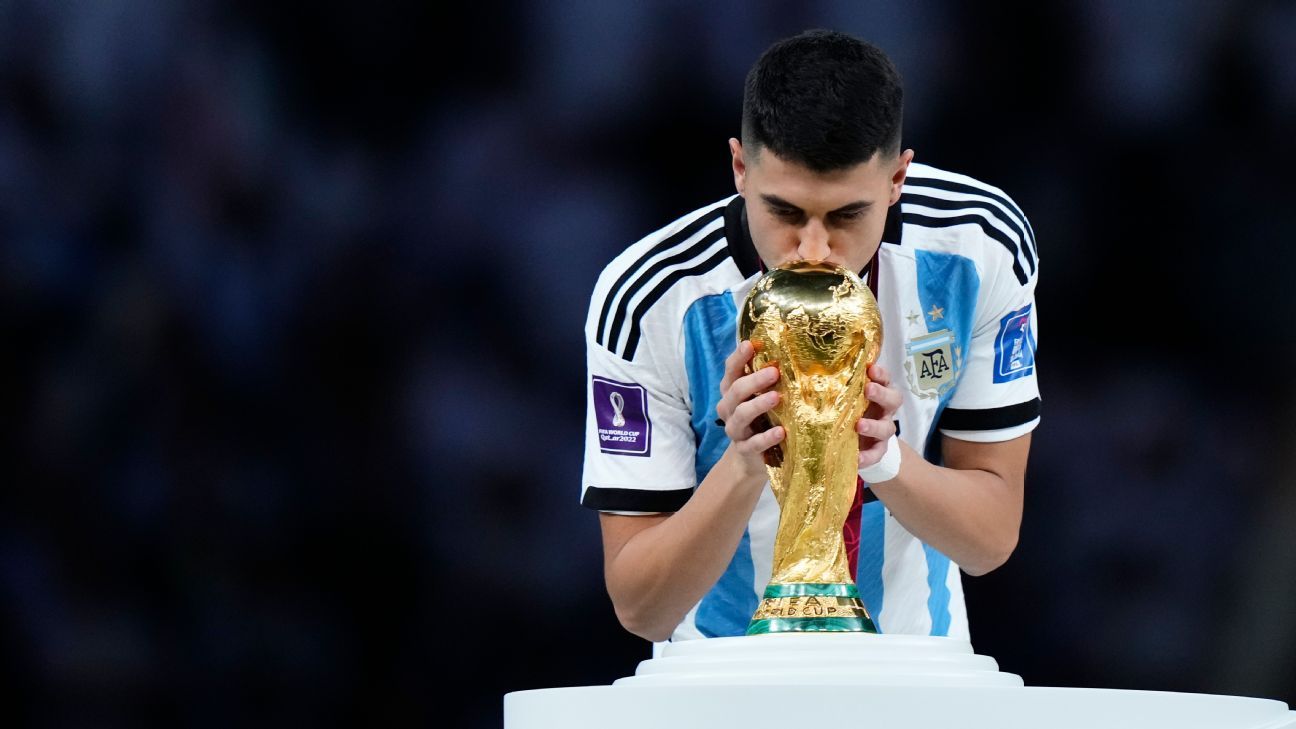 Growing up in Southern California in the early-1990s, John Thorrington was as avid of a soccer fan as one could be. He played competitively — eventually signing with Manchester United at 17 — but the American sporting landscape, with its lack of television options or a domestic league, made it virtually impossible to create widespread passion for the game.

“I was thinking back to when we hosted the World Cup [in 1994] and how different that was,” said Thorrington. “I had never seen a high-level match live in my life. I was 14 at the time it came here and you saw the interest that it generated. And then the league started.”

The growth of Major League Soccer can often seem like it’s progressing at a snail’s pace, but never has there been a better representation for how far the league has come than in Qatar for the World Cup. Setting aside the top five leagues in the world — in England, France, Germany, Italy and Spain — MLS had the most rostered players (36) of anywhere else. It was represented by more countries (12) than any league outside the top five and, for the first time in league history, it had a player on the winning team: Argentina‘s Thiago Almada (Atlanta United).

None of this is to say the caliber of play is approaching that of the highest levels in Europe, but for the league to have that type of impact on the World Cup despite its relative youth is as impressive of a milestone as MLS has ever reached.

“If you think about what the World Cup means in global football, with every country picking its best players and by and large the best teams are there,” Thorrington said. “I think it says a lot about the league and the increased level of participation we’re having both in terms of the number of players as well as the countries represented by MLS players.”

Consider this: At 14 years old, Thorrington had never seen a live high-caliber soccer match in person, living in a country that didn’t have a professional league. At 43, he celebrated an MLS Cup as the co-president and general manager of one of two teams in Los Angeles, LAFC, that featured five players at the World Cup.

During the first match of the tournament, Sebastian Mendez — a backup midfielder with LAFC after being acquired in a midseason trade — started for Ecuador against hosts Qatar and was one of the best players on the field. The next day, Gareth Bale — who chose to come to LAFC to help prepare for Wales‘ first World Cup appearance since 1958 — captained his country against the United States. While the U.S. started just one MLS player in that match (Walker Zimmerman of Nashville SC), three others came off the bench (DeAndre Yedlin of Inter Miami CF, LAFC’s Kellyn Acosta and Seattle Sounders attacker Jordan Morris). Several others either played in the league previously or were developed by MLS clubs.

“It’s incredible. When I first started in the league, it definitely didn’t have that much impact [globally],” Yedlin said. “Anytime you see growth, it’s a positive thing and it’s growing very rapidly. So, it just shows that MLS is becoming one of the bigger leagues in the world. That’s a great thing for American soccer.”

If things work out as designed, there will be less of a presence on the U.S. roster when the tournament returns to North America in 2026, meaning a higher percentage of players in Europe’s top leagues. The hope, from an MLS standpoint, is that those are players who matriculate through the league — starting at the academy level — and use MLS as a professional springboard. At the same time, expect clubs to increasingly pursue younger foreign players who can make an immediate impact in the league and use those performances to break into their respective national teams.

Almada, 21, is the best example. It was clear from a young age that he was a talented player, but his debut with Argentina’s full national team didn’t come until September, near the end of his first season with Atlanta.

“Years ago, that wouldn’t have happened,” MLS commissioner Don Garber told ESPN in Qatar. “A national team coach would say, ‘Hey, if you go play in Major League Soccer, you’re no longer going to be part of the national team pool.’ That’s changed dramatically. We now have our games being scouted by national teams because they’ve seen this success of playing for an MLS club and how that’s continued their development, having them become a better player that ultimately can become a better national team player.”

Garber has never shied away from the league’s long-term goal of becoming one of the best leagues in the world. How that’s defined has always been a bit up for interpretation. What constitutes “best in the world,” anyway? If it’s top five, then there’s years — maybe decades — of work to do. There’s a good chance it will never happen. If it’s top 10, then there are some compelling arguments that MLS might already be there.

Herculez Gomez and Sebastian Salazar debate the biggest storylines and break down the best highlights that soccer in the Americas has to offer. Stream on ESPN+ (U.S. only)

“It’s really hard, and that’s where I say you can use a varying number of metrics to try to capture quality: money spent, head-to-head competitions — that’s really difficult because MLS doesn’t get that experiment,” Thorrington said. “Almost every person that comes from a stronger league — and I’ve had these conversations, we’ve had these players — they come to MLS and you talk to them, whether it’s Wayne Rooney, whether it’s Thierry Henry, whether it’s Carlos Vela, any of these guys, playing in MLS is an eye-opening experience.

“It’s really hard to measure an MLS team based on the MLS conditions and the idiosyncratic nature of our travel climate, humidity, all the rest of it… and try to sort of teleport that into another domestic league.”

We’ll get one intriguing data point on Feb. 2, when the Seattle Sounders will become the first MLS club to play in the Club World Cup against the winner of Auckland City (New Zealand) and Al Ahly SC (Egypt), for the chance to play against Real Madrid. But even then, the minuscule sample size of Seattle’s participation in Morocco — in the midst of their 2023 preseason — prevents any meaningful lessons.

The Leagues Cup this summer — a new World Cup-style tournament involving Liga MX and MLS clubs — is another chance for MLS to measure its progress. Despite the Sounders conquering the CONCACAF Champions League last year, the common perception is that the Mexican league still reigns supreme in North America. From a popularity standpoint, that’s not in question — Liga MX has consistently found a larger television audience in the U.S. than MLS — but it’s logical to assume it retains many fans based on the notion that it is the superior product.

While there is a natural rivalry between the leagues that’s rooted in their proximity, it’s much more of a collaboration. As joint hosts of the 2026 World Cup, the U.S., Mexico and Canada have incredible incentive to generate as much collective enthusiasm as possible for the sport over the next three-and-a-half years.

“Anyone that’s involved in soccer in the United States, Mexico or Canada, we’re looking at the World Cup as a north star that we could work together over the next number of years to continue to build the game so that when the World Cup is here we will be able to utilize it almost as rocket fuel to help develop the game,” Garber said.