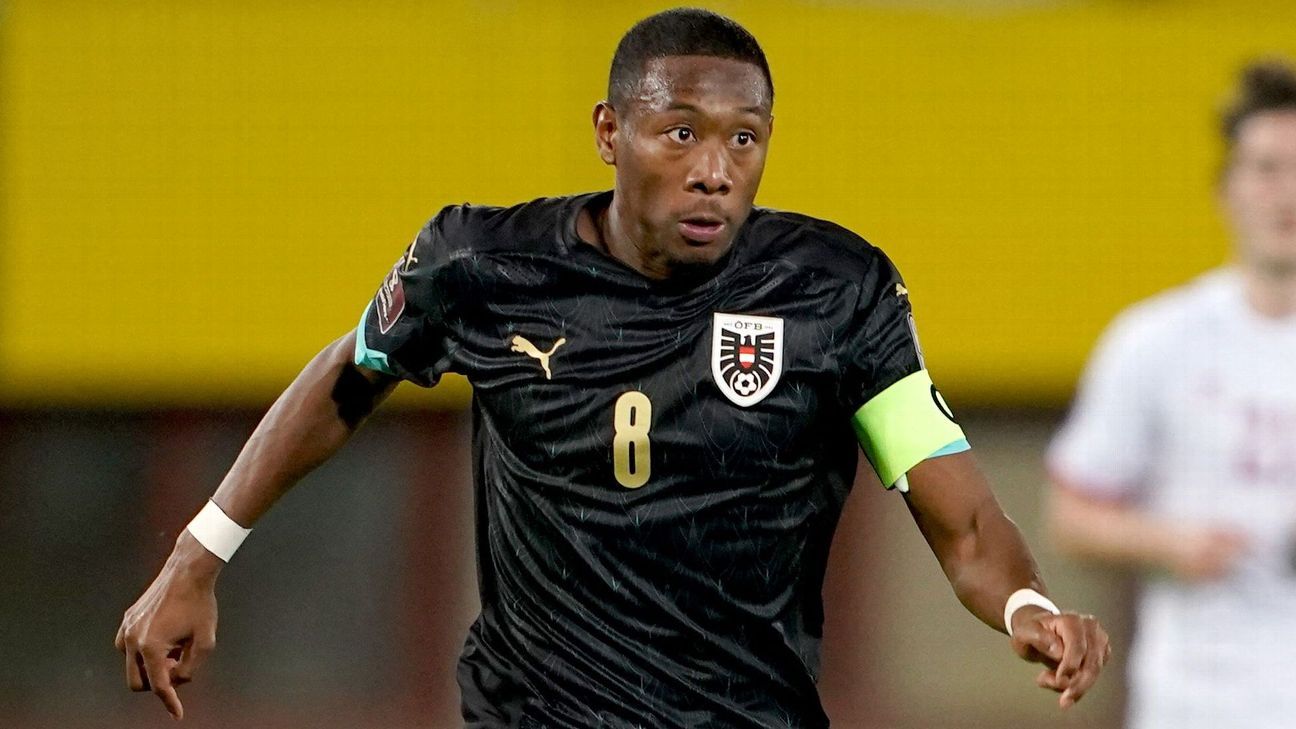 Real Madrid‘s first summer signing David Alaba has said he would love to play alongside Raphael Varane amid reports the France international defender will leave and join Manchester United.

Varane, whose contract at Bernabeu is due to expire in June 2022, is Ole Gunnar Solskjaer’s top defensive target and sources have told ESPN that United are closing in on his signing.

“Of course I would love to play with Varane,” Alaba said during his unveiling on Wednesday. “For many years he has played excellent football and not just now. He is a wonderful defender and has great qualities.”

Madrid already lost a defensive stalwart with Sergio Ramos leaving for Paris Saint-Germain as a free agent after 16 years at the club and six seasons as captain.

Alaba has inherited the No. 4 shirt left vacant by Ramos.

“They only had this number available but I know what this number means for the club,” Alaba said. “For me it’s an honour to wear it. I want to honour this number. It really motivates me. It’s a number that represents strength and leadership.”

Even so, Alaba wants to establish himself at the Bernabeu and not be likened to his predecessor.

“I haven’t come here to compare myself to other players,” he said. “I’ve come here to be Alaba and to continue to be Alaba. I want to bring my qualities to this team. I’m a versatile player. I can play in different positions. Ramos has been more than a decade here and has played great football and is a leader. We all know that. It would have been a pleasure to have played with him.”

Alaba, 29, joined Madrid as a free agent after 10 successful seasons at Bayern Munich where he won the Champions League twice, 10 Bundesliga titles and six German Cups.

“I decided to take another step in my career to grow as a player and as a person,” the Austria international said. “Of course I received other offers but for me there was only one option and that was Real Madrid. This is a dream come true. It’s the biggest club in the world and that is the challenge I was looking for.”

Alaba’s move to Madrid was arranged before Zinedine Zidane resigned as Real Madrid coach on May 27.

Alaba said he is looking forward to work under coach Carlo Ancelotti again, one of his former coaches at Bayern.

“I was saddened that Zidane left the club but on the other hand, I was very happy that Ancelotti took over,” Alaba said. “We have an excellent relationship, having worked with him at Bayern.”