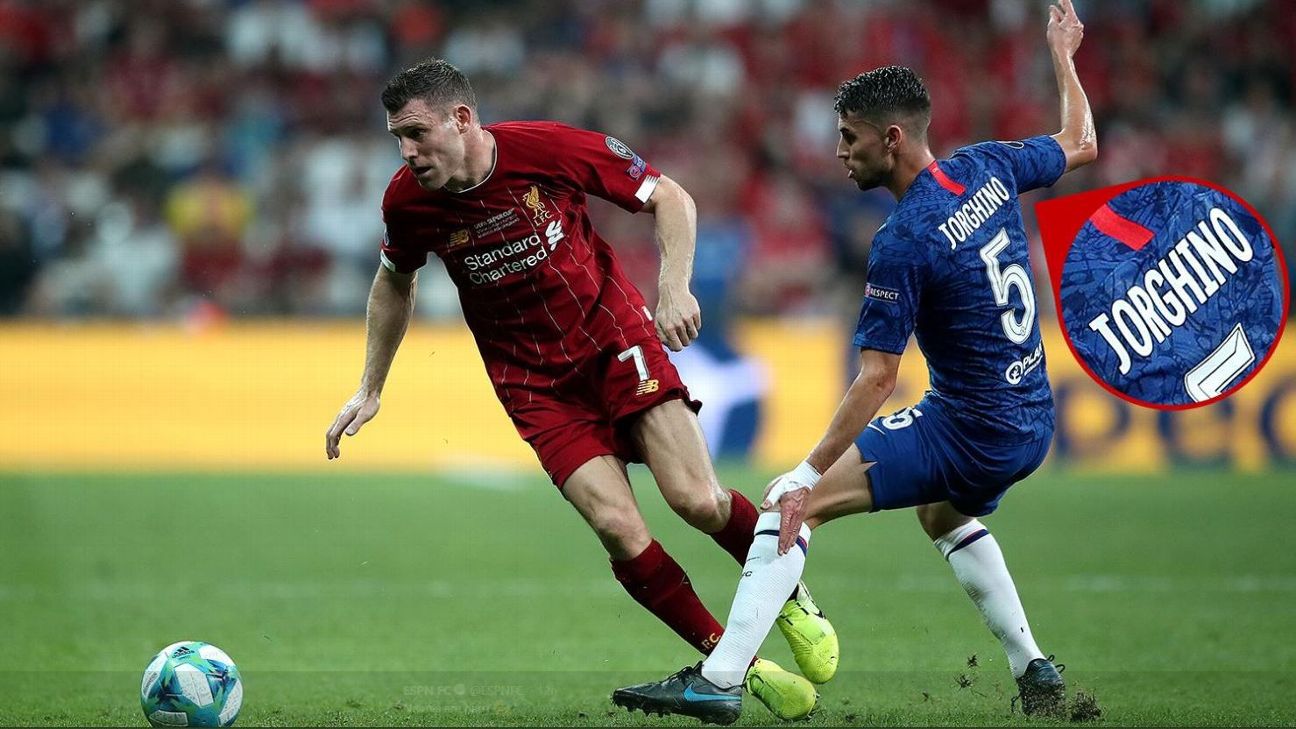 Chelsea fans had to do double-take when their side ran out to face Liverpool in Wednesday’s UEFA Super Cup in Istanbul.

Wasn’t there a transfer ban in place? How had Frank Lampard managed to smuggle a new player into their starting line-up?

Alas, it wasn’t a new player after all. It was just the alter-ego of Jorginho, the midfielder they signed in 2018 from Napoli.

Yes the kit man had made a mess of the Chelsea playmaker’s moniker, but he’s not the first to make such a mistake. Just last month, LA Galaxy’s front-line was led by a certain Zlatan Irbahimovic!

You had one job. pic.twitter.com/8G0jpL1shh

Still, the typo didn’t stop the Brazil-born Italy international scoring an extra-time penalty in typically cool fashion to send the match to a shootout, which Liverpool won to lift the trophy.