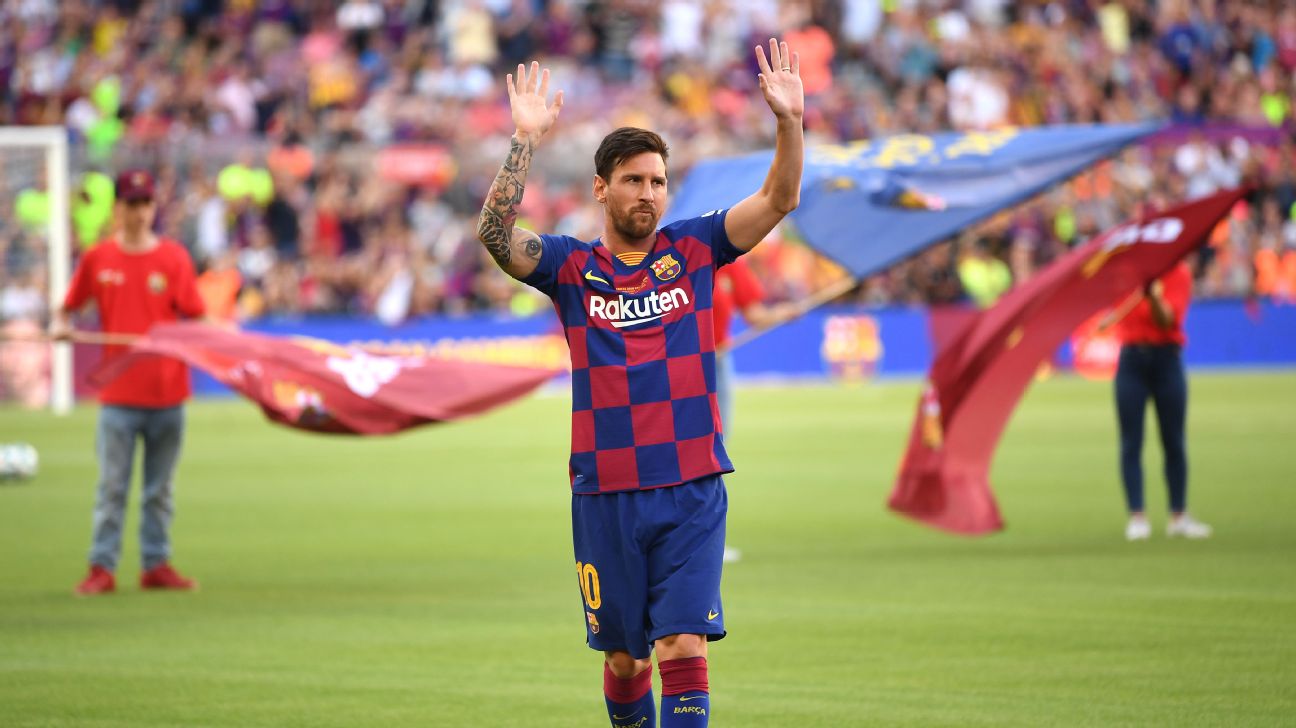 Lionel Messi is in a race against time to be fit for Barcelona’s La Liga opener against Athletic Bilbao on Friday.

Messi trained alone on Wednesday, working with fitness coach Juanjo Brau as he continues his recovery from a calf injury.

He picked up the injury in his first session of preseason last Monday and as a result missed Barca’s tour of the United States last week.

There’s a chance that Messi will return to full training on Thursday but the odds are against him featuring from the start at San Mames.

The Argentina forward has not played in any of Barca’s five friendlies and hasn’t been involved in a competitive game since the Copa America.

Ernesto Valverde said last weekend that it would be “very difficult” for Messi to be ready for the Athletic game.

Messi, who turned 32 this summer, was managing a groin injury throughout the second half of last season and the coach is loath to take any risks with his star player.

Barca’s next game isn’t until Aug. 25, when they host Real Betis at Camp Nou in their first home game of the campaign.

The Spanish champions are well equipped to deal without Messi. New signing Antoine Griezmann scored his first goal for the club in last weekend’s 4-0 win over Napoli and has had a full preseason with his new teammates.

Luis Suarez and Ousmane Dembele, who also scored against Napoli, are likely to partner Griezmann in attack.

Elsewhere, Barca have no other injury concerns ahead of Friday’s curtain-raiser in the Basque Country. Frenkie de Jong and Jean-Clair Todibo both returned to training on Wednesday after sitting out Tuesday’s session as a precaution.

De Jong, a €75 million signing from Ajax, is hoping to make his competitive debut for the Spanish champions.

The Netherlands international spoke exclusively to ESPN FC this week about how he has had to be reined in by the club’s coaches during preseason to avoid injury.

“I try to do a lot of things for myself, in the gym and everything, but in preseason you always need to be a bit careful because you have to gain fitness,” he said.

“The trainers say that it’s a bit dangerous to do some extra stuff so I just need to be patient and wait for the season to start and then I can. They’re saying otherwise you can get injured.”