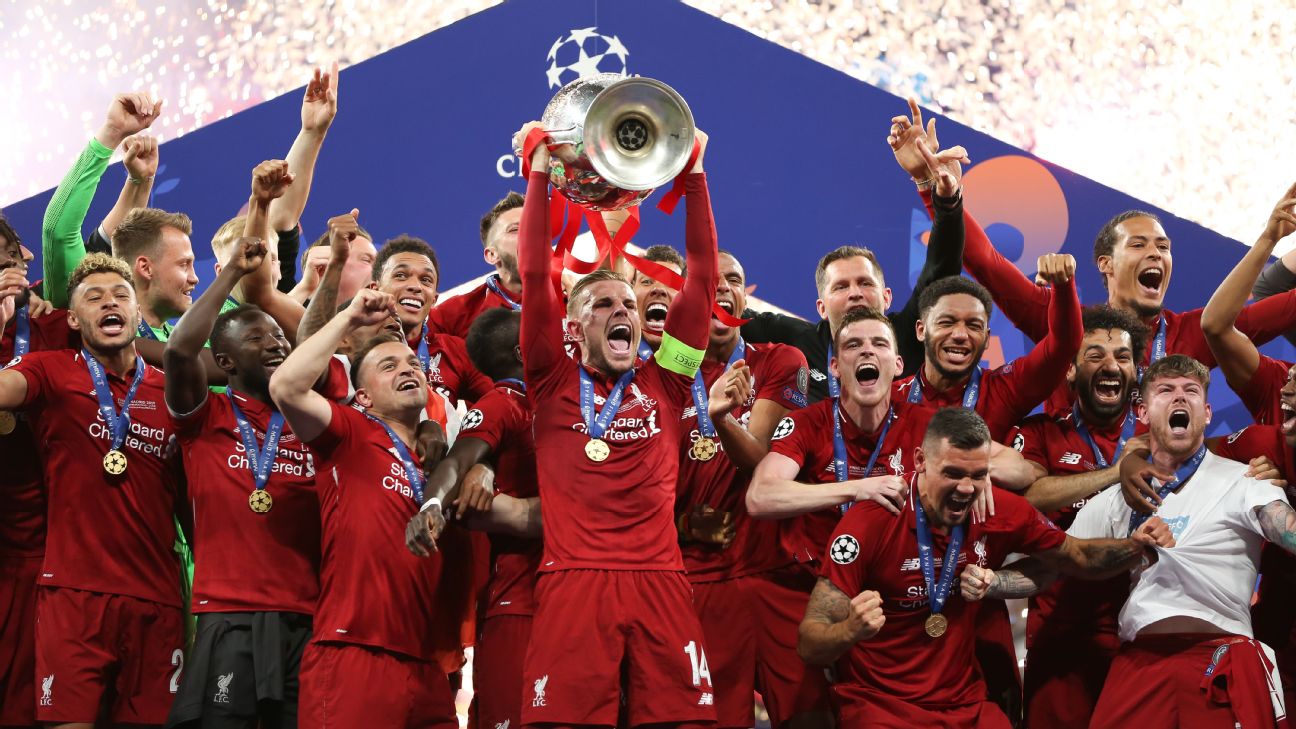 ISTANBUL — Liverpool can win their sixth European trophy this century when they face Chelsea in the UEFA Super Cup in Turkey on Wednesday, but another continental cup will only draw attention to the ongoing wait to fill the glaring void in the Anfield trophy cabinet.

European glory used to be the pinnacle, but for Liverpool, it has become a stepping stone towards ending the long journey back to the summit of English football.

Some will point out that a third Super Cup, to add to the two Champions League titles and a UEFA Cup (now Europa League) won since the turn of the millennium, would be adding too much weight to the European club’s achievements, considering that it is widely regarded as no more important than the Community Shield. But you have to be in it to win it and Liverpool’s European pedigree is such that every piece of continental silverware matters.

The rest of Liverpool’s domestic rivals have yet to get off the mark in Europe this century, but Manchester City, Arsenal and even Leicester City will point to their names on the Premier League trophy in order to dampen any sense of superiority from the red half of Merseyside.

And as Jurgen Klopp’s players prepare to face Chelsea in Istanbul — the city which hosted Liverpool’s momentous 2005 Champions League triumph against AC Milan — they will face Chelsea knowing that, whatever happens at Besiktas’ Vodafone Park, the only trophy that truly matters this season is the one which continues to elude them.

Liverpool’s Champions League success in Madrid last season, the club’s sixth overall, more than made up for the disappointment of missing out on the Premier League title to Man City at the end of the most compelling title race for 20 years.

– Where did you club fail in the transfer window

But it was also unusual for the fact that Liverpool emerged as European champions having gone so long without being crowned kings of their own country. It is now 29 years since Liverpool were champions of England and no Champions League winners have lifted the European Cup having been second best in their own domain for so long.

Chelsea took a similar path before lifting the Champions League in 2012, while City now see winning the European Cup as the culmination of their growth since Sheikh Mansour bin Zayed al Nahyan’s takeover of the club in 2008.

In trophy-winning terms, Liverpool ran before they could walk by lifting the European Cup at the end of last season, bypassing the traditional route to success in the competition.

Since 2000, only two Champions League winners have won the European Cup having failed to win their own domestic league during the five years prior to their success — Liverpool in 2005 and Liverpool in 2019.

But despite adding to their European haul last season, the desperation for domestic glory remains unquenched and, in many ways, becoming European champions has added to the pressure and expectation for the long wait for the English title to end

Bill Shankly and Bob Paisley always described the English title as Liverpool’s “bread and butter.” Anything else on top of winning the league was viewed as a bonus or embellishment on what really mattered. By that logic, bread and butter has been in short supply at Anfield since 1990, though.

Canvass anyone with a Liverpool affiliation — player, supporter, owner, manager — who was in Madrid in June and you would be hard pressed to find anyone who would swap that night, and the European Cup, for the Premier League trophy.

Privately, however, there is a growing determination and desperation to scratch the 30-year itch at Anfield and win the title.And winning the Champions League, with the Super Cup potentially also on the way, only sharpens the focus on winning the one that continues to elude the club.

Klopp has urged everyone at Anfield to forget about the events of last season and concentrate only on what lies ahead. He has told his players to “stay greedy” and spoken of the Super Cup as a “big one” because of the prestige that comes with getting there in the first place.

But Liverpool need to use their Champions League triumph and Super Cup appearance as steps towards winning the Premier League, rather than regard them as the cherry on top of the cake. For Liverpool, the cake is still to be cooked, but last season showed how close they are to ending the long wait.

Victory in Istanbul, against a Premier League rival, will only consolidate the winning mentality that Klopp aims to develop at Anfield. But until they win the Premier League, there will be a hollow feeling at Anfield, no matter how many European trophies they collect along the way.