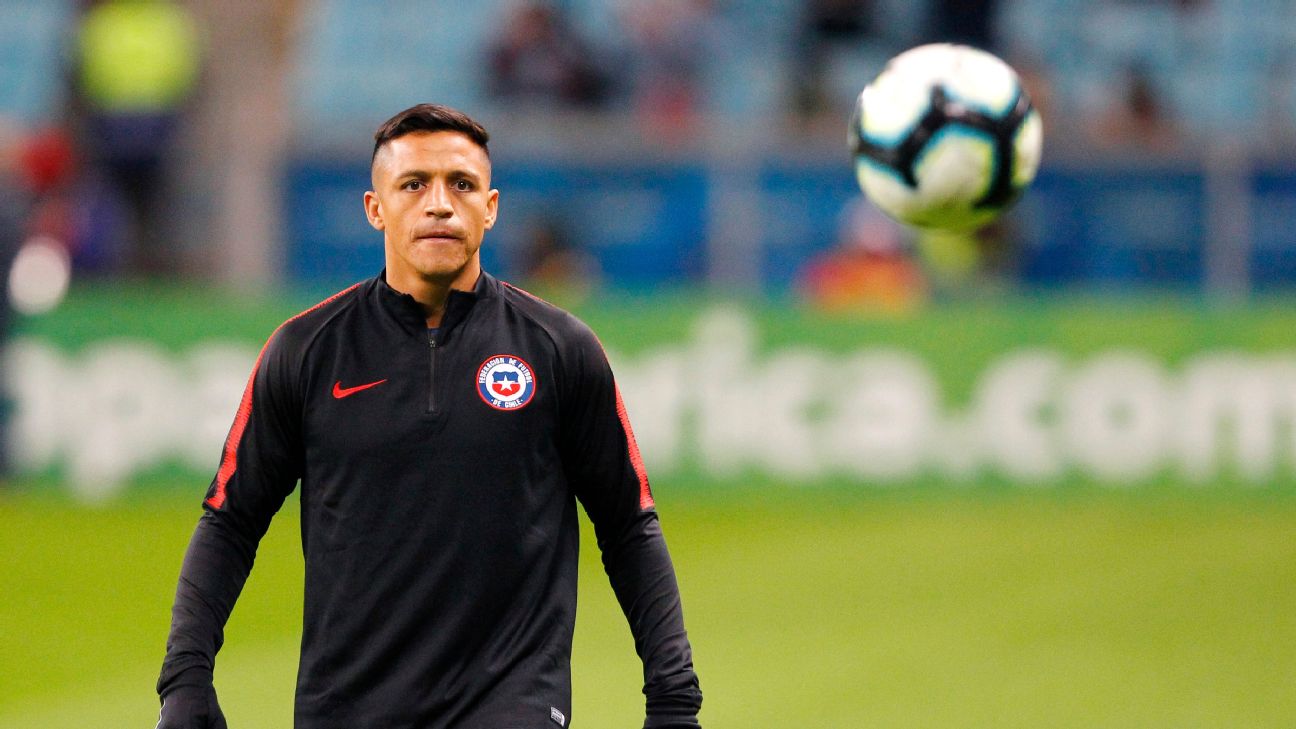 The Premier League transfer window has closed, but the rest of Europe remains open for business. Plus, it’s never too late to look forward to January! Click here to view the latest transfers and keep up to date with the latest gossip below.

Ole Gunnar Solskjaer and Manchester United are desperate to get rid of striker Alexis Sanchez and are prepared to pay Roma to take the Chilean on loan, according to the Sun.

The outlet reports that United are currently planning to banish Sanchez to the reserves, but they are keen to try to sell — or at worst offload him on loan — before the European transfer window closes on Sept. 2.

Roma are keen to take Sanchez on loan but refuse to pay his huge salary, which means United might have to pay a percentage to get him out.

Sanchez has been described as a negative influence behind the scenes by both previous United boss Jose Mourinho and current incumbent Solskjaer, and on Tuesday, it was reported that he was involved in a training ground bust-up with teammate Mason Greenwood.

09.19 BST: Borussia Dortmund have admitted they will not be able to keep Jadon Sancho forever. The Bundesliga club will reassess his situation every year, CEO Hans-Joachim Watzke told Ruhr Nachrichten.

The England winger has strongly been linked with Manchester United and Real Madrid were reportedly also after Bundesliga’s 2018-2019 breakout star. However, Dortmund were able to ward off a transfer this summer as Watzke told a suitor “he should forget about” signing Sancho in the summer transfer window. He is under contract at Borussia until 2022.

Watzke said he was pleased that Sancho was still a Borussia player going into the new season. Asked whether the German club would be able to keep the England winger next summer, he said: “I got asked that exact question in March, but it was about keeping him this summer. Well, he’s still here, isn’t he?”

But Watzke added he was aware things could change quickly, and, ultimately Sancho will have the freedom to decide on his future.

“There aren’t many 19-year-olds with such a potential,” Watzke said. “He’s also not a player form the region or one who’d have any connection to it. When you have a player like Jadon Sancho, you must reassess the situation every single year. Everything else would not be honest.”

“If a foreign player is not convinced that the club is right for him at the exact time, it just does not make any sense.”

08.49 BST: Paris Saint-Germain are unhappy with the way their first direct meeting with Barcelona went on Tuesday regarding the potential return of Neymar to Camp Nou, sources have told ESPN FC.

Negotiations over a cash-with-a-player exchange started in Paris this week with Philippe Coutinho and Ivan Rakitic the players Barca were keen to include in any potential deal. However, PSG told the Spanish giants during this meeting that they want Coutinho, Nelson Semedo and €120 million in exchange for Neymar, while Barca’s best offer so far is Coutinho, Rakitic and €8m.

ESPN FC sources added that no major advances were made during the meeting, which Barca are viewing as the first contact between the two clubs as negotiations step up.

There will be another meeting between the pair on Thursday during UEFA’s European Club Association gathering. The occasion will give Real Madrid president Florentino Perez the opportunity to start negotiations with PSG.

08.25 BST: Wissam Ben Yedder posted a letter on Twitter in which he bid farewell to Sevilla fans ahead of his move to Monaco. The France international’s €40m transfer to the Ligue 1 club was announced on Wednesday morning.

The 29-year-old forward joined Sevilla from Toulouse in 2016 for a reported €10m and has scored 70 goals in 138 appearances for the Andalusian club since.

“It’s with great emotion that I have to say that the time has come to leave Sevilla,” Ben Yedder wrote. “A unique club that has given me during the past three years the biggest joys of my career.

08.00 BST: The futures of Tottenham centre-backs Toby Alderweireld and Jan Vertonghen are in serious doubt, according to reports in the British press.

According to the Daily Mirror, Spurs fear they could lose Alderweireld for nothing at the end of the season when his contract expires. The 30-year-old’s deal included a clause that made him available for just £25m this summer, but no concrete bids were received before that clause expired.

Alderweireld will be free to negotiate with clubs outside of England from Jan. 1 for a free transfer in June, unless he signs a new Spurs deal.

Meanwhile, the Daily Mail reports that his fellow Belgium international, Jan Vertonghen, was left “fuming” after he was left out of the squad for Tottenham’s opening Premier League match of the season against Aston Villa on Saturday.

Vertonghen, 32, also sees his contract expire at the end of the 2019-20 campaign. The Mail report adds that the former Ajax defender was omitted because of his lack of fitness despite playing a full part in preseason, and that some of his teammates were surprised he stayed to watch the 3-1 win at all after hearing that he had been dropped.

Tiemoue Bakayoko could be on the move once more, with Monaco interested in taking the Chelsea flop on loan, according to the Sun.

Bakayoko signed for the Blues for £40 million from the French side in 2017 but spent last season on loan at AC Milan, and it would appear that the France international has no future under Frank Lampard.

Danny Drinkwater has already left Chelsea on loan to join Burnley, and now Bakayoko could be following him through the exit door to rejoin the club with which he starred as they won the league in 2017. The 2016-17 campaign was Bakayoko’s third in the principality, and in total he made 92 appearances during his stay.

Galatasaray attempted to sign Bakayoko earlier in August, but Monaco’s interest could be a good opportunity for Lampard to get Bakayoko off the Chelsea wage bill.

United brace themselves for Pogba bid

Manchester United are counting down the hours until the end of the transfer window in Europe as they brace for a last-minute bid for Paul Pogba from Real Madrid.

The Mirror are reporting that Real Madrid boss Zinedine Zidane is demanding that his employers sign Pogba before the European window shuts, and he could walk out on the club if they fail to do so.

Sources have told ESPN FC that United will resist any bid for Pogba and have had assurances from 26-year-old that he is committed to the club this season.

The France international provided two assists in United’s 4-0 home win against Chelsea on the opening day of the season, highlighting his importance to the Reds as their most effective midfielder.

— With Napoli seemingly giving up on signing James Rodriguez, La Gazzetta Dello Sport is suggesting that AC Milan could make a move for the Colombian on loan and sneak Isco into the deal for good measure. James is out of the picture under Zidane and is just as keen to leave as the club are to get him off the wage bill. A loan move could suit everyone and help Madrid bring transfer targets in.

— Real Madrid look set to miss out on Donny van de Beek. That’s according to Marca, who are reporting that in the mixed zone following Ajax’s 3-2 Champions League qualifying win over PAOK on Tuesday, Van de Beek hinted that he was staying put.