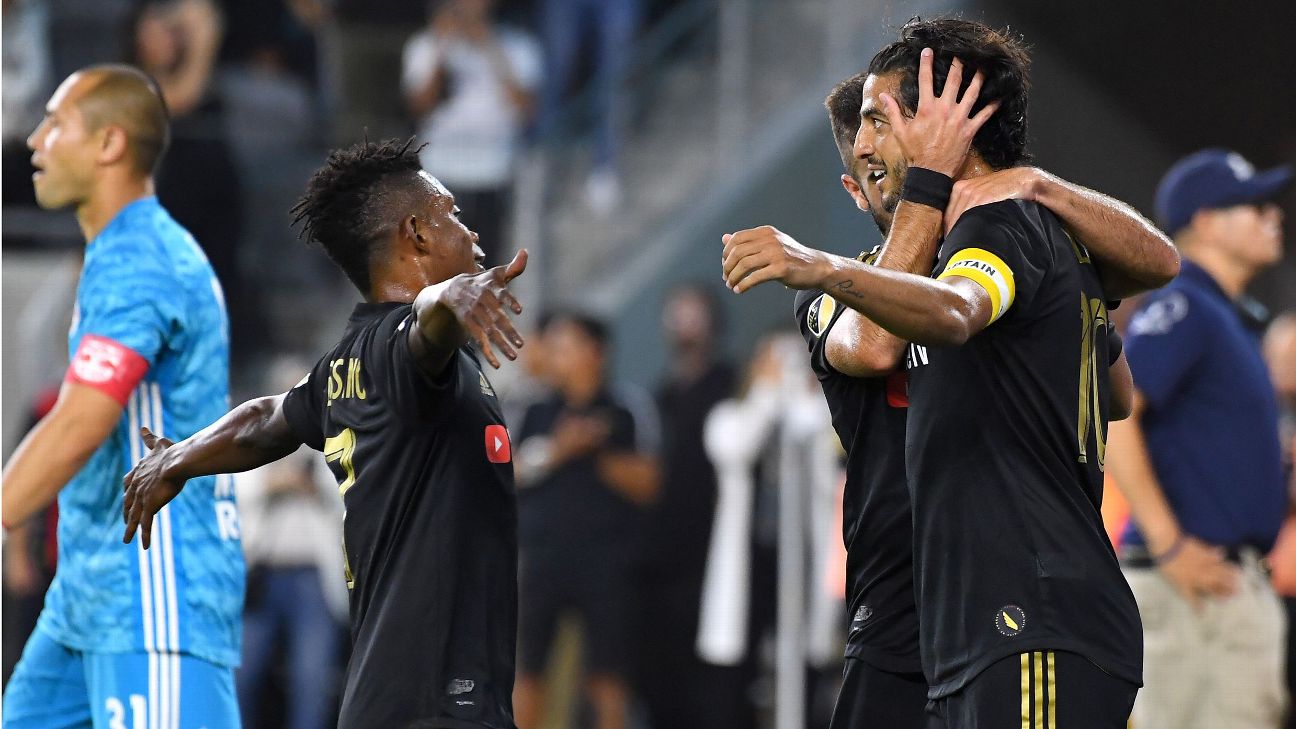 Carlos Vela became the leading all-time Mexican scorer in MLS when he netted in LAFC’s 4-2 win over the New York Red Bulls on Sunday and is vowing to continue to ignore criticism of his move to the U.S. and break more records.

Vela scored his 37th MLS goal and LAFC’s third of the evening from the penalty spot to move past Erick “Cubo” Torres and help extend LAFC’s lead at the top of the Western Conference.

And despite some of the criticism Vela came in for when he left Real Sociedad to join LAFC ahead of the team’s maiden campaign in 2018, he has won over the black-and-gold faithful with his prodigious scoring and says he remains focused on winning no matter where he is playing.

All of Carlos Vela’s 37 goals in MLS

“They criticized me a lot for coming here [to MLS],” Vela said in Spanish after the win over the Red Bulls. “Obviously, I accept the criticism, but [the critics] don’t stop me wanting to be the best in the league, to want to do better each day, to put my name and Mexico’s name everywhere and I’m doing that right now.

“Hopefully, I can keep scoring more goals, make more assists, break more records and help my team, which is the most important thing,” added the 30-year-old Cancun native.

Vela has 23 goals this season from 23 games and is currently locked in a race for the Golden Boot with Atlanta United’s Josef Martinez, who scored twice in a win against New York City FC on Sunday to extend his MLS-record goals streak to 10 games and move onto 20 goals for the 2019 season.

“The race with Josef is nice,” said Vela. “It’s more special against him because we have a good relationship. Him breaking records tells me that if I want to be at his level I have to do big things and we’re competing. May the best win and I’ll keep working hard so it can be me.”

LAFC plays away against Real Salt Lake next Saturday, while Atlanta hosts Mexico’s Club America on Wednesday in the semifinals of the Campeones Cup.