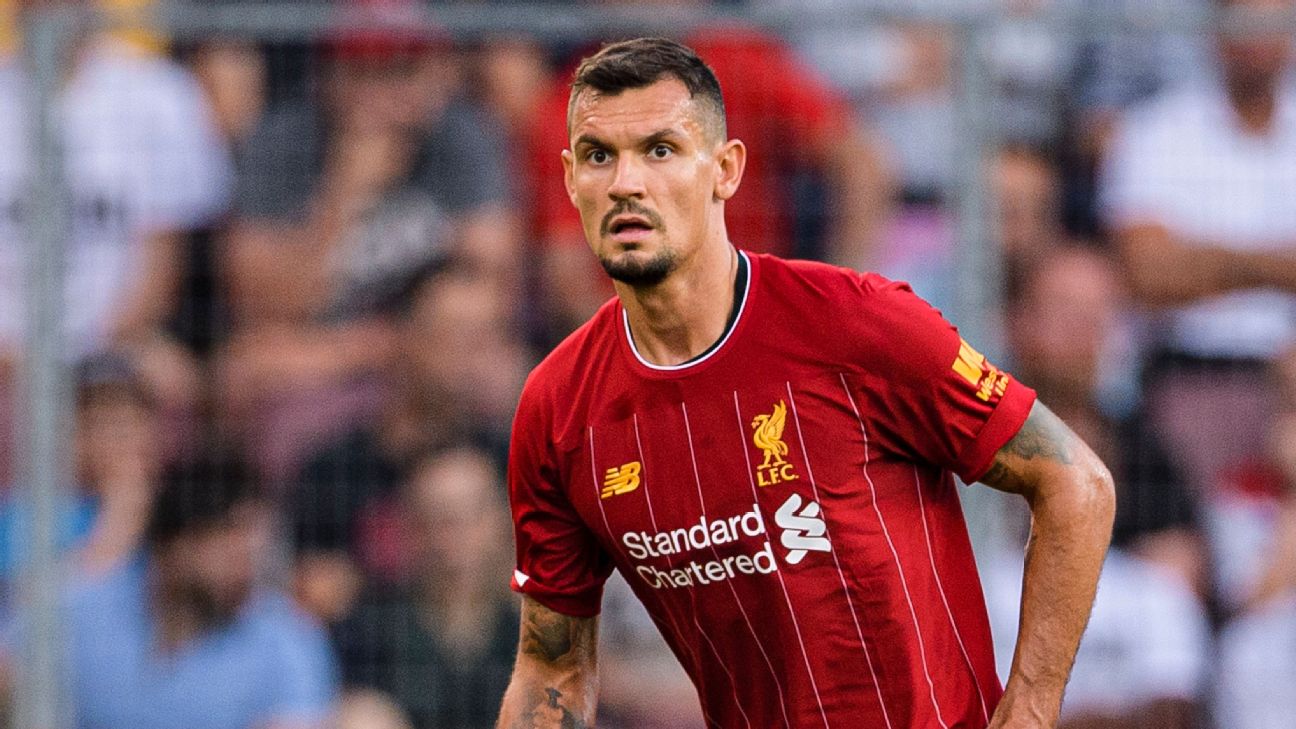 Dejan Lovren has been omitted from Liverpool’s Super Cup squad against Chelsea as talks progress with Roma over a £15 million transfer, sources have told ESPN FC.

Illness was the reason provided for the 30-year-old’s absence ahead of Wednesday’s showdown against Chelsea in Istanbul, but it is understood that positive negotiations are underway with the Serie A side.

Roma have also been exploring the possibility of recruiting Daniele Rugani from Juventus and it is unclear whether they will target both or just one of the two.

Lovren, who made just 15 starts for Liverpool last season, is behind Joe Gomez and Joel Matip to partner Virgil van Dijk at centre-back.

He was on the bench for the Community Shield defeat to Manchester City on penalties, but was not involved in the matchday squad for the 4-1 Premier League victory against Norwich City.

Lovren is aware his opportunities will be severely limited under Klopp during the campaign, and after Liverpool failed to negotiate a deal with Inter Milan earlier in the window, Roma are now attempting to finalise a deal for his services.

With the addition of add-ons, Liverpool expect to recoup almost all of the £20m fee they paid Southampton five years ago for the Croatia international, who is contracted until 2021.

Klopp wants to have a clearer pathway for Sepp van den Berg, the highly rated 17-year-old, to develop at the club and knows Fabinho is also a solid option at the heart of defence.

Dutch defender Ki-Jana Hoever, meanwhile, who lined up alongside the midfielder at centre-back in the 2-1 FA Cup defeat to Wolves in January, is part of the 23-man Super Cup squad.

Liverpool believe the European Under-17 champion can grow into an elite player in the position and at right-back.