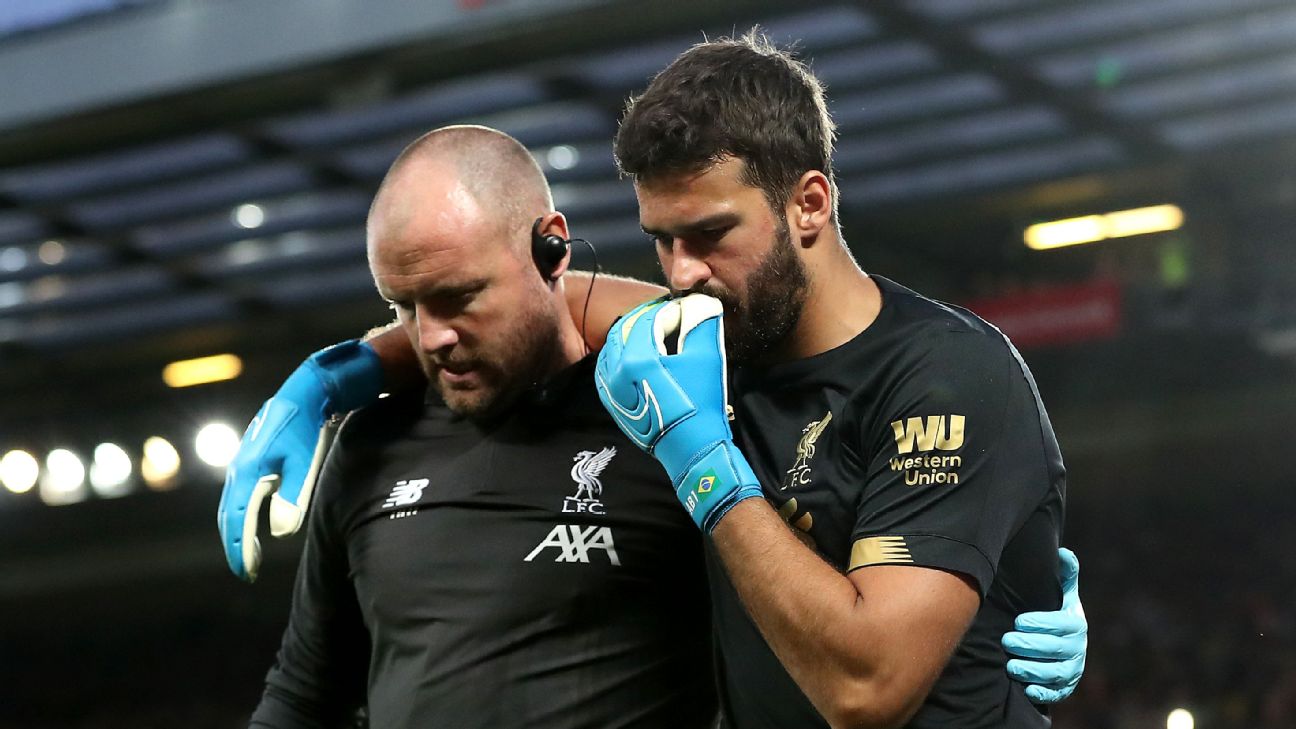 Liverpool goalkeeper Alisson is set to be out ”the next few weeks” with a calf injury he suffered in the Reds’ 4-1 victory over Norwich on Friday, according to manager Jurgen Klopp.

“[It’s] Not too cool. It’s a calf injury which takes him obviously out for a while,” Klopp told Liverpoolfc.com on Monday.

“I don’t want to make now [an] exact prognosis on when he will be back but it will not be Wednesday for sure, so now then we have to see. It takes a while, it takes a couple weeks for sure, and we have to see.

“I saw already like ‘six weeks’ and stuff like this, but Ali was not a lot injured in his career so I would like to wait a little bit to see how he develops in that process now, but he is not in for the next few weeks.”

The Brazil international came off in the 39th minute of the match after slipping and holding his calf. He waived off the stretcher but needed assistance from the team’s trainers to come off the pitch at Anfield.

Newly signed Spanish goalkeeper Adrian came on for the Reds, his first game in uniform since joining from West Ham on a free transfer this week.

Alisson — who started all of last season’s 38 Premier League matches — was instrumental in Liverpool’s Champions League title run in May, as well as Brazil’s Copa America victory this summer.