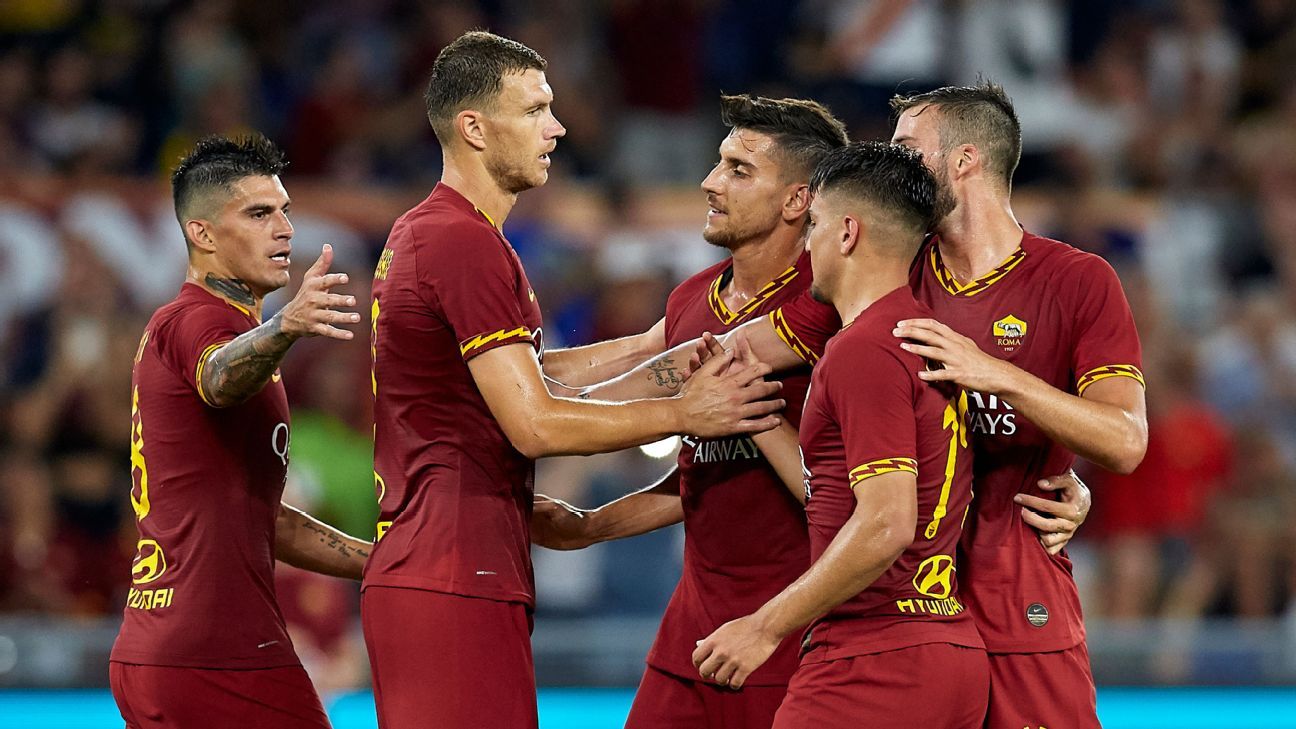 Real Madrid veteran Marcelo was the only player on either side to miss as Roma won Sunday evening’s Mabel Green Cup on penalties following a 2-2 draw.

A very entertaining first half saw Madrid twice go ahead through Marcelo and Casemiro, but Diego Perotti and Edin Dzeko equalised each time. After Blancos coach Zinedine Zidane scrapped a three-man defence experiment at the break, the second half was less eventful.

Gareth Bale‘s return to the set-up was the biggest talking point, with the Welshman whistling an added time 20 yarder just wide, and scoring in the shoot-out as all nine opening spot kicks were converted. But Marcelo’s effort hit the crossbar and bounced out, meaning the Italian side took the victory at their Estadio Olimpico.

The game will have given Zidane plenty of food for thought, with Madrid’s three centre-backs regularly caught out through the opening stages, although the formation did allow left-back Marcelo to raid forward. And the Brazilian opened the scoring when picked out by Luka Modric‘s excellent pass, cutting inside and finding the far corner with his right foot.

Following the match, though, Zidane would not be drawn out on any of the club’s plans surrounding a possible move for Neymar or the futures of Bale and James Rodriguez.

He said: “We are here with the team we have, the players we have. We just think about that. Next week our league begins, and our minds are just thinking about Saturday.

“I will repeat the same. James is our player. He has not been called up these last two games. Until [the end of the window] anything can happen. But a coach will always count on the players he has available. You [journalists] can keep asking but I won’t tell you the things you want.”

Roma continued to make chance with Edin Dzeko’s rasper bringing a smart save from Thibaut Courtois, and Perotti’s equaliser just after the half-hour mark was no surprise. It was beautifully made by Nicolo Zaniolo who streaked away from Casemiro down the left wing, and timed his pass perfectly for the Argentine to finish.

Zidane’s side came again though and a short corner was worked to Marcelo, whose cross was met with a towering header by an apparently offside Casemiro. Roma equalised again almost directly from the kickoff, with Cengiz Under’s pass finding Dzeko who held off Eder Militao to smash to the net.

Zidane was clearly unhappy and sent on attackers Luka Jovic and Vinicius Junior at the break, while also switching to a back four which made his team look more solid.

As the substitutes kept coming on both sides, Madrid looked the most likely to win inside the 90 minutes. But Roma keeper Pau Lopez denied both Jovic and Vinicius. Bale — who entered on the hour mark – also came close with two long-range efforts, opening up the possibility that the previously unwanted winger could still play a part in Madrid’s 2019-20 campaign.