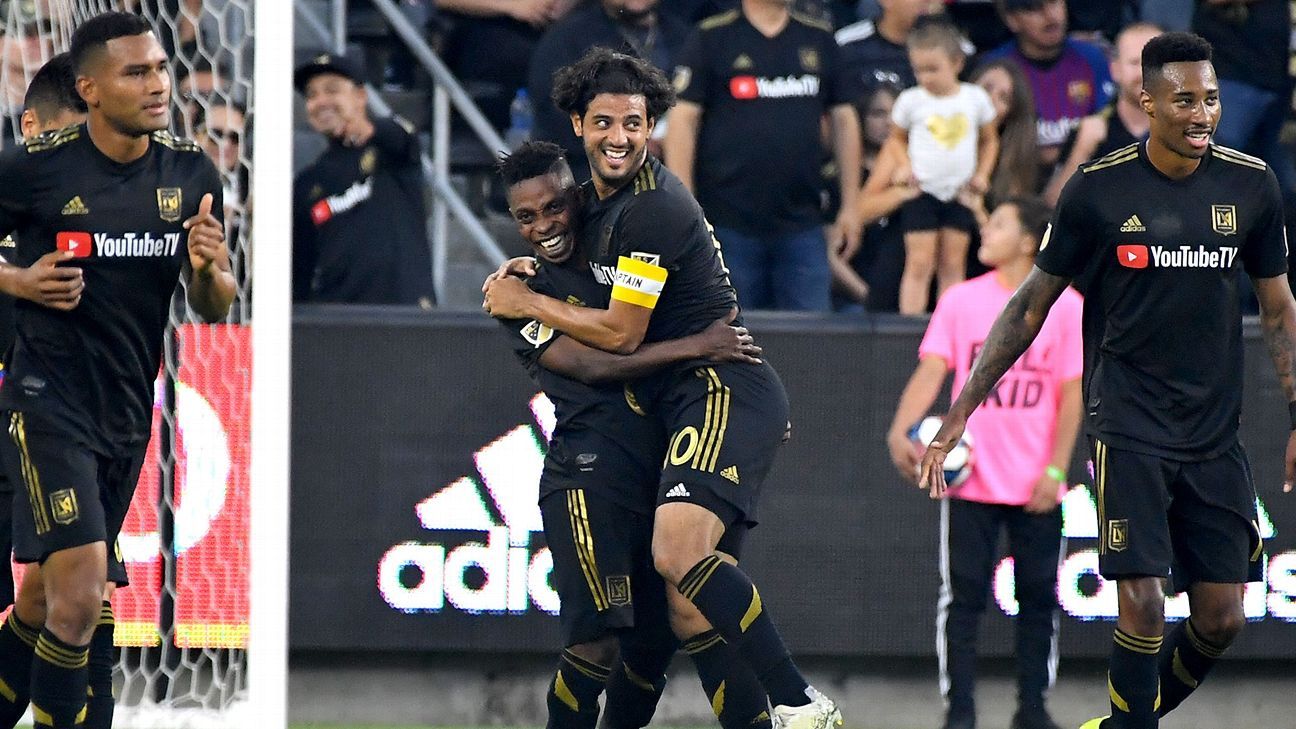 Carlos Vela scored a goal and added two assists, leading LAFC to a 4-2 win over the New York Red Bulls in an action-packed match on Sunday night at Banc of California Stadium.

Vela converted a penalty in the 61st minute for his Major League Soccer-leading 23rd goal of the season, then found Eddie Segura with a free kick that led to Segura’s 72nd-minute goal to seal the home team’s win. LAFC, the team with the best record in MLS at 17-3-4, ran its unbeaten streak at home to 11 matches and has won six of its last seven MLS matches overall.

LAFC rocked the Red Bulls with two goals in two minutes of the first half and appeared on the threshold of a blowout win. Jordan Harvey and Latif Blessing struck for LAFC in the 23rd and 25th minutes.

Harvey headed in a pass from Vela, and Blessing scored on a pass from Steven Beitashour. Vela tied Sebastian Giovinco for the most combined goals and assists (23 and 15) in a single MLS season, with almost two months remaining.

LAFC crumbled defensively after taking a two-goal lead, however. Cristian Casseres Jr. slotted home a goal in the 43rd minute, and the Red Bulls got one more quality chance a minute later. But LAFC goalkeeper Tyler Miller dived to stop Daniel Royer‘s try.

Miller gave up a second goal moments before halftime. Brian White slid to get on the end of a Royer cross and pinged the ball off the post, off Miller’s body and into the net to tie the score at 2.

The goal was recorded as a Miller own-goal.

The second half saw a goal taken off the scoreboard for LAFC when Mark-Anthony Kaye committed a foul before scoring. On video review, Kaye was ruled to have tripped a Red Bulls player before charging forward to take the shot on goal.

But LAFC attacked again, and when Eduard Atuesta was taken down in the box by New York’s Rece Buckmaster in the 60th minute, Vela got the opportunity from the spot and converted.

LAFC moved 16 points ahead of the second-place Seattle Sounders in the Western Conference. New York remained in fifth place in the East and lost a chance to move into third.