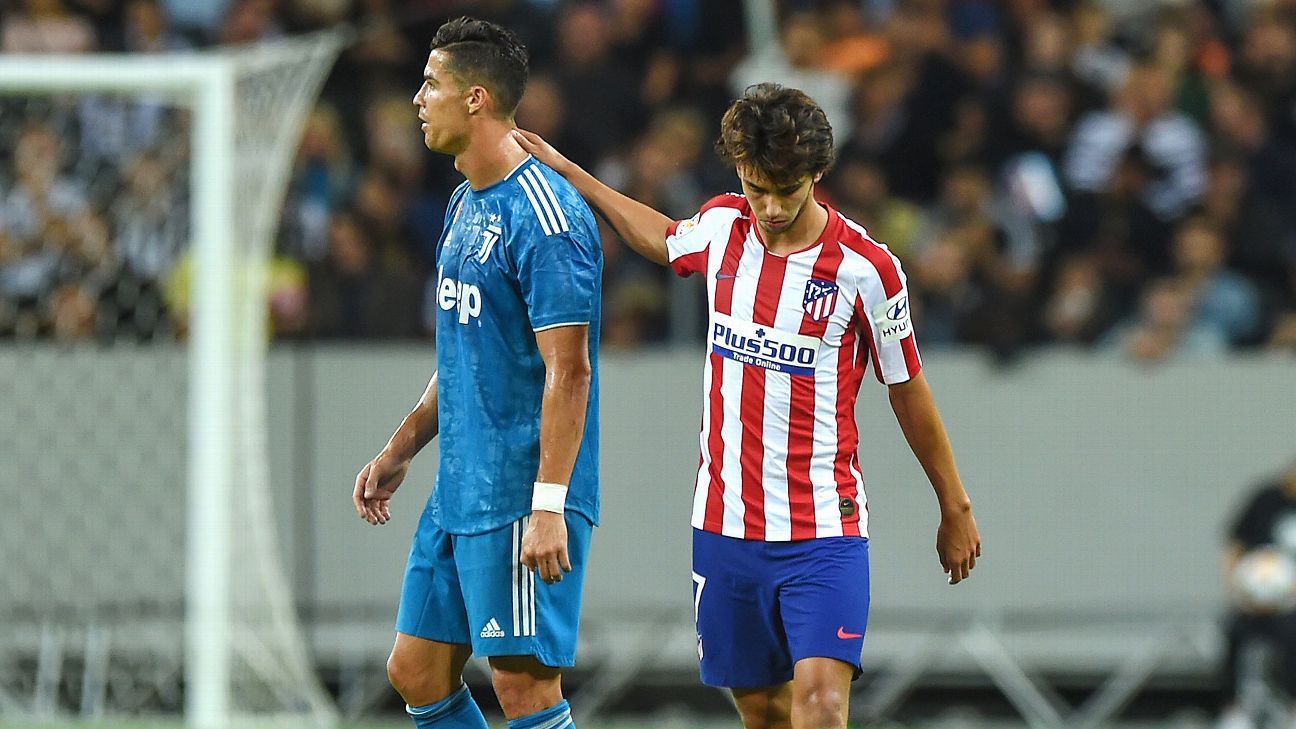 Record signing Joao Felix scored two first-half goals for Atletico Madrid as they secured a 2-1 win over Juventus in the International Champions Cup at the Friends Arena on Saturday.

Although the vast majority of fans in the crowd seemed to be more interested in seeing his fellow Portuguese Cristiano Ronaldo, Felix opened the scoring by squeezing a first-time finish through two defenders and into the back of the net midway through the first half.

Sami Khedira equalised for the Italian champions in the 29th minute but Felix, who joined Atletico from Benfica for a reported €126 million ($141 million) in July, netted his second four minutes later.

The Spanish side open their La Liga campaign at home to Getafe next Sunday, while Juventus travel to Parma on Aug. 24 to begin their Serie A season.

“Joao has many skills, he is adapting very quickly to what he needs to do,” Aletico boss Diego Simeone said after the match. “He has a vision that allows him to adapt to numerous positions, and the best thing he has is his willingness to learn.”

Juventus forward Paulo Dybala, who has been at the centre of transfer speculation, played for the last half hour but coach Maurizio Sarri would not be drawn on whether the Argentine would be staying at the club.

Sarri, who has replaced Massimiliano Allegri, added that he would have to leave out at least six players from his Champions League squad to meet UEFA size requirements.

“I can talk about Paulo all I like, but the market goes in a certain way and then whatever I say counts for nothing,” Sarri told reporters.

“I think he has the right characteristics to play as a false centre forward. But in any case, we have to cut six players from the Champions League list.

“Our situation is difficult, almost embarrassing, because we run the risk of leaving out players of a really high level.

“It’s a situation we have to resolve and it is not just about the decisions made by coach or club.”