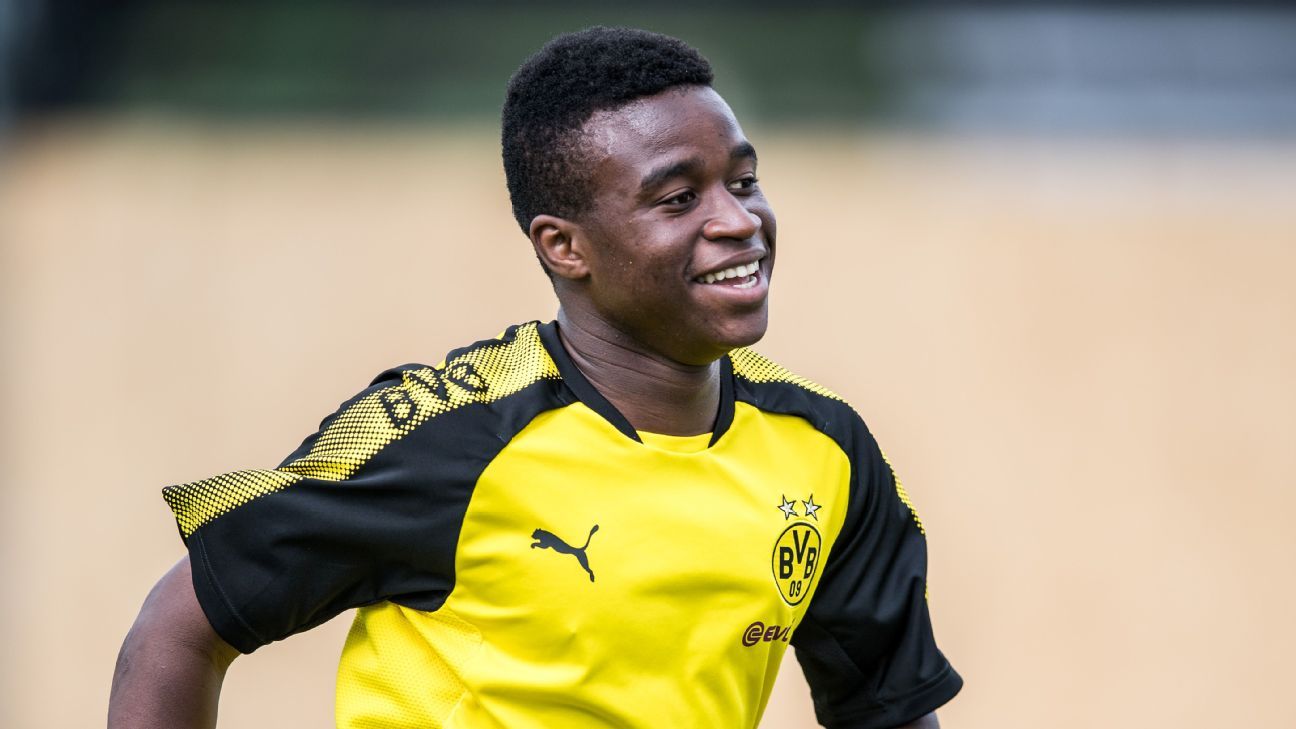 After a record 50 goals in 28 matches for Dortmund’s U17s last season, the 14-year-old was promoted to Borussia’s U19 team this summer, and his debut performance against Wuppertaler SV was enough to suggest that he could continue to break records.

Moukoko, who also plays for the Germany U16 side, had completed a hat trick within 17 minutes of the first half and ended the match with six goals as Dortmund won 9-2.

“Hats off,” a statement on Wuppertaler’s official website read after the young player’s stunning debut.

“We were warned! But what can you do? The lad’s just so good.”

United States youngster Gio Reyna, 16, was also on target for reigning U19 champions Dortmund, scoring just one minute into his competitive debut for BVB.