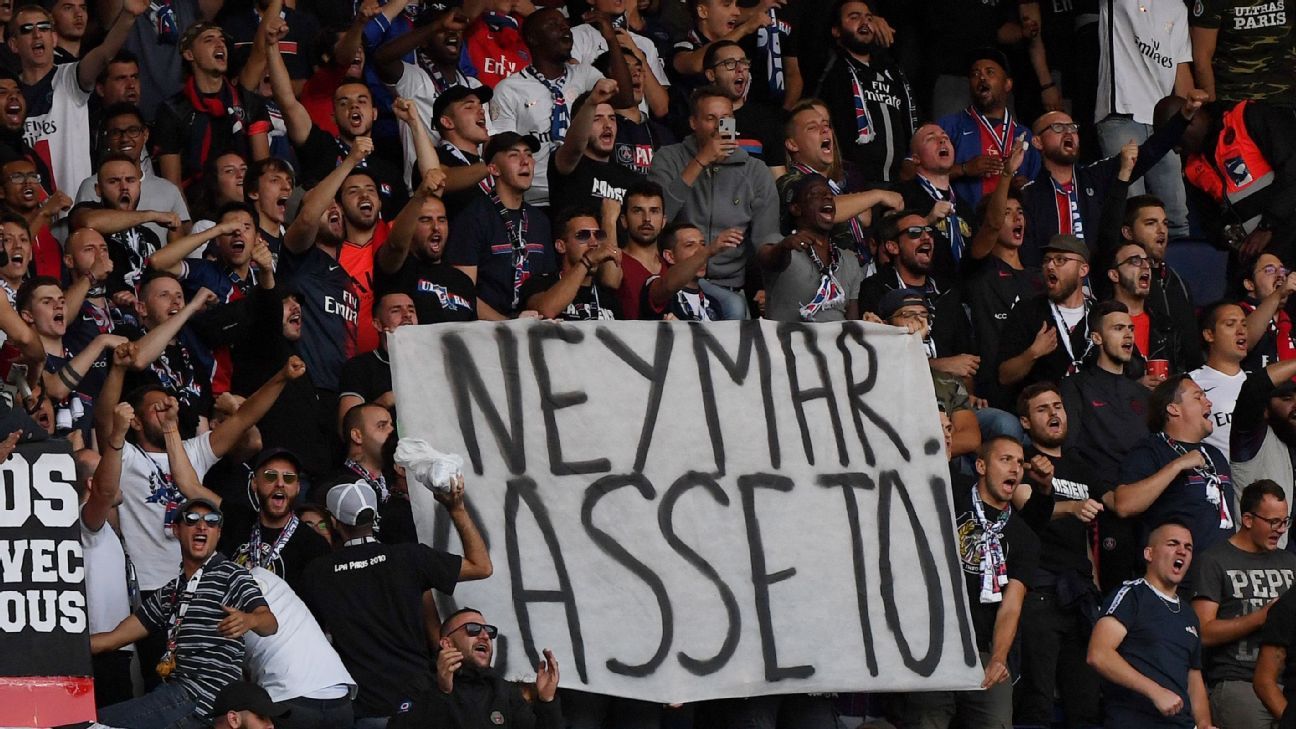 Paris Saint-Germain’s star-studded attack brushed off the absence of Neymar as Edinson Cavani, Kylian Mbappe and substitute Angel Di Maria all got on the scoresheet in a comfortable 3-0 home win over Nimes in their Ligue 1 opener on Sunday.

The champions left the 27-year-old Brazil forward out of their squad as he continues to be linked with a move away from the French capital, and PSG fans on the terraces waved banners containing messages to signal their displeasure with him.

PSG were awarded a penalty courtesy of VAR when referee Clement Turpin reviewed footage of a corner and deemed Nimes defender Pablo Martinez had handled the ball.

The Nimes players and coaches protested because play was allowed to continue for more than a minute before the referee looked at the incident, but their complaints were to no avail and Cavani slammed home the spot kick in the 24th minute.

Mbappe doubled the advantage 11 minutes into the second half, thumping a first-time shot into the top left corner, and Argentine winger Di Maria fired home a sweet left-foot strike in the 69th minute to complete the rout.

World Cup last 16: Why every team left will, won’t win it all
Spain: ‘Nothing to celebrate’ despite WC progress
Belgium out of WC, Croatia advance after draw
USMNT out of up after rounWorld Cd of 16 loss
Mexico goal was most powerful shot in WC 1st rd