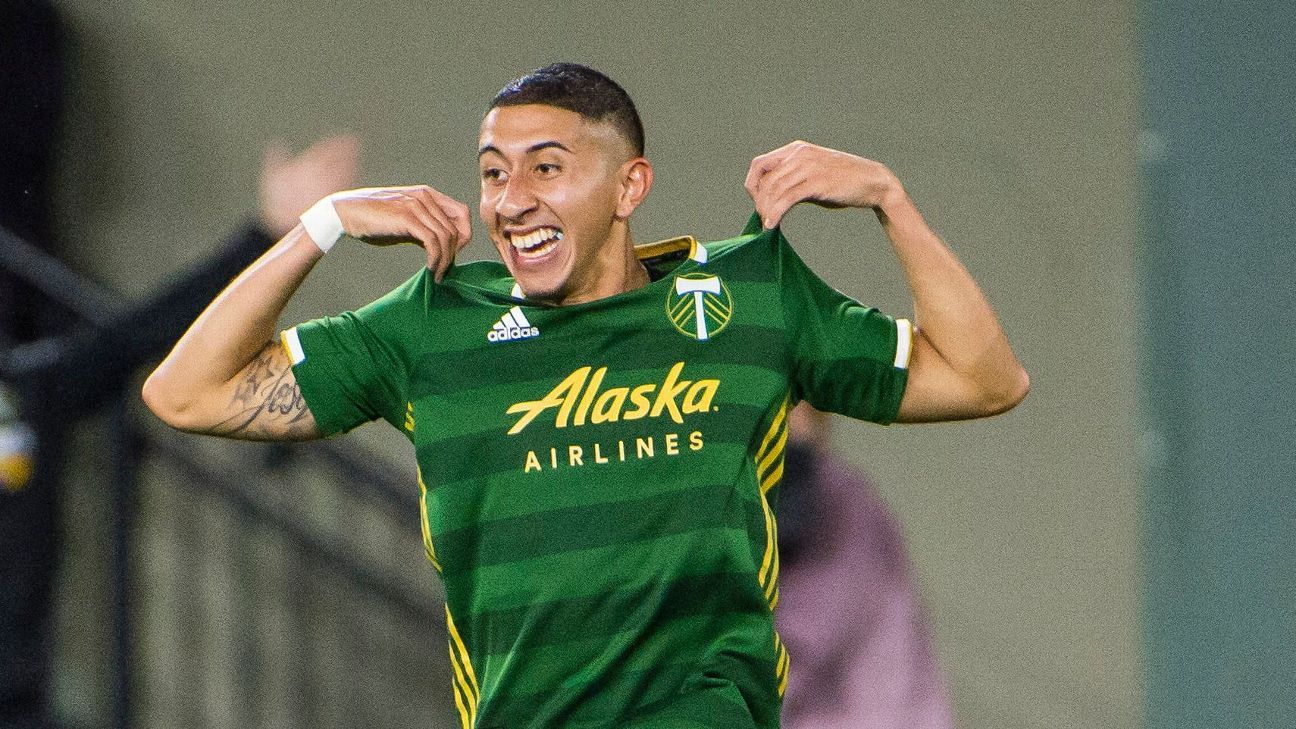 The Portland Timbers extended their undefeated streak at home to 10 games with a 3-1 win over the Vancouver Whitecaps on Saturday night at rainy Providence Park, on goals from Sebastian Blanco, Marvin Loria and Jeremy Ebobisse.

In a back-and-forth game with attack after attack from both teams — regional rivals with more than 40 years of soccer history between them — the Timbers (10-9-4, 34 points) emerged with their third win in four matches. They remained two points out of a playoff spot and are four points out of third place in the Western Conference.

The Timbers scored first on Blanco’s long strike in the 28th minute, which glanced off goalkeeper Maxime Crepeau‘s hands.

Crepeau had five saves, and Portland’s Steve Clark had three. The Timbers had 59 percent of the possession and outshot the Whitecaps 23-16. Blanco and captain Diego Valeri combined for 13 shots.

The Whitecaps drew even in the 38th minute. Theo Bair, a 19-year-old forward, scored his first career goal with a rocket from a difficult angle.

The Timbers thought they had a penalty kick just before halftime. Broadcast replays showed what looked like a handball in the box against the Whitecaps on an aerial duel, but no call was made.

Loria made it 2-1 for Portland in the 55th minute with a screaming left-footer from well outside the right side of the box that curled into the far corner. The Whitecaps thought they’d tied it on a Yordy Reyna goal moments later, but the offside flag went up.

Ebobisse sealed Portland’s win with his 90th-minute goal in the rain, his eighth of the season to tie him for the team lead. The Timbers won with top scorer Brian Fernandez on the bench, as he was given the night off.

The Whitecaps (5-12-9, 24 points) have lost six of their last eight league matches and are in last place in the West.

Vancouver lost defender Ali Adnan, a key player on its backline, to a first-half injury.

South Korea into round of 16 on last-gasp winner; Portugal win Group H despite loss
Pulisic subbed at half-time after scoring vs. Iran
Brazil win Group G despite loss to Cameroon; Switzerland advance to knockout round
Musiala is the future of German football – Flick
The US accomplished a lot in Qatar, but left everyone wanting more