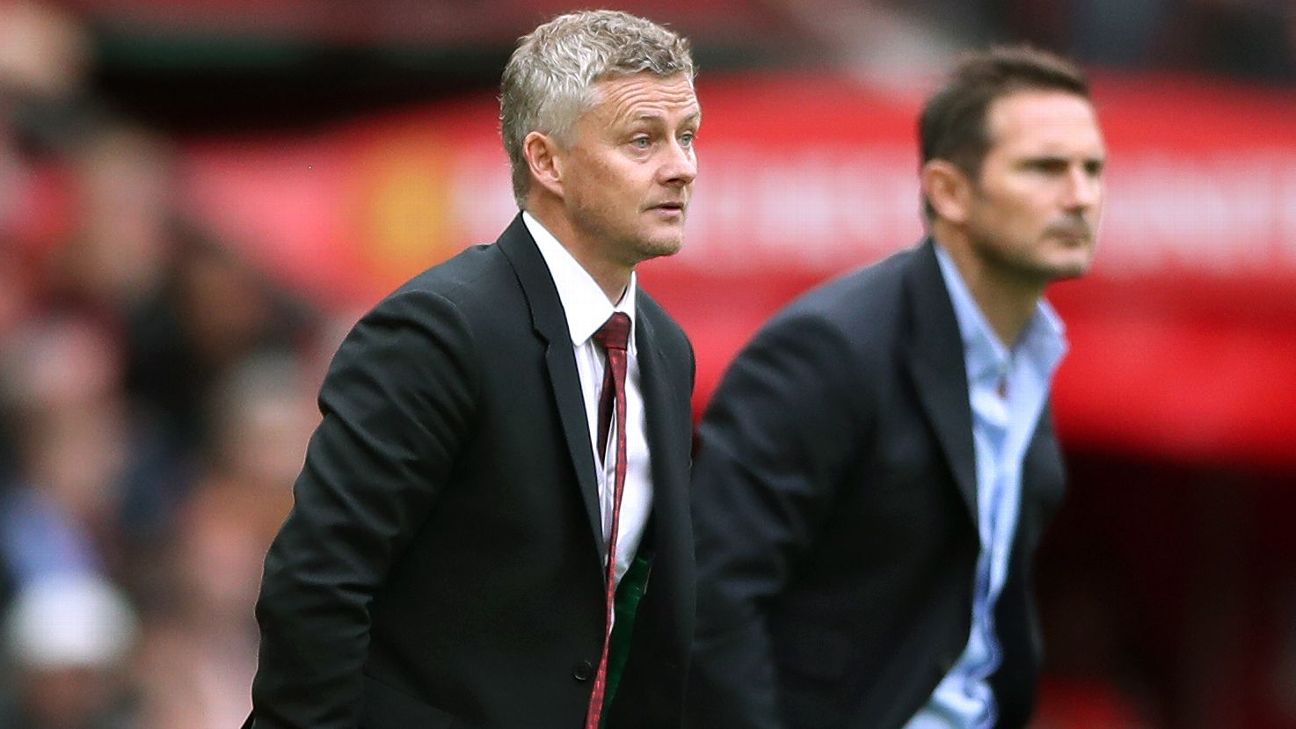 Ole Gunnar Solskjaer was renowned for finishing well during his playing days, but the Manchester United manager is beginning to develop a reputation for impressive starts.

Solskjaer won his first eight games as caretaker boss last season, following the sacking of Jose Mourinho, and despite supporters’ concerns that United had not done enough in the transfer window to challenge for a top-four finish, saw his team make a rampant start to the new Premier League campaign by inflicting a 4-0 hammering upon Chelsea in Frank Lampard’s first game as manager.

His early promise last season ultimately fizzled into a dismal run-in that saw United win just two of their last 12 games, but the early momentum was enough to secure him the top job on a permanent basis and restore some sense of positivity around Old Trafford.

Momentum is a big word in any professional sport and Solskjaer has plenty in the bank after this stunning start to the season, which could carry his young team a long way.

For the first time in months, United played with verve, ambition and a carefree sense of enjoyment; even Paul Pogba, who made clear his determination to leave this summer, performed as though he was happy to be where he was rather, than sulking in a bid to go somewhere else.

But while Solskjaer has given himself a crucial springboard ahead of the trip to Wolves on Aug 19, Lampard will find that nobody wants to be on the flipside. No Chelsea manager has had a worse debut since Danny Blanchflower suffered a 7-2 defeat against Middlesbrough in December 1978 and there can be no hiding place for Lampard.

“We made four mistakes and they put them away,” he said. “It is a reality check for us all. We are Chelsea. We don’t want to come here and lose 4-0. It wasn’t a 4-0 game for long periods but we need to accept it.”

Next up is Wednesday’s UEFA Super Cup clash against Liverpool in Istanbul, a game that has become more important because of the need to slam brakes on any negative momentum before the visit of Brendan Rodgers’ ambitious Leicester City to Stamford Bridge next Sunday.

Having spent 13 years at the club, playing under several managers, Lampard knows Chelsea well enough to understand that a juggernaut going in the wrong direction can be difficult to stop. He needs to find a way to win quickly, even though Eden Hazard has gone to Real Madrid, while N’Golo Kante, Antonio Rudiger and Willian are not fully fit.

It is true that Chelsea went close to opening the scoring when Tammy Abraham hit the post and later, at 1-0, saw Emerson Palmieri strike the woodwork, but the story of United’s winning performance was twofold, as Solskjaer was vindicated for giving young players a chance to impress and for working hard on the squad’s fitness in preseason.

“The fitter you are, the more you can do,” he said. “It’s as simple as that. The boys have been working hard but this is still the start, we can still get some hard work in.”

United’s outfield starting line-up had an average age of just under 24 and that showed at times, with a rawness in midfield and up front, where the partnership of Marcus Rashford and Anthony Martial offered more pace and movement than any forward line that included Romelu Lukaku, who was sold to Inter last week.

It was not until the second half, with Chelsea chasing the game, that the qualities of Rashford, Martial and Pogba truly came to the fore. Meanwhile, the presence at the back of Harry Maguire, the world’s most expensive defender at £80 million, made a huge difference to United’s solidity, with right-back Aaron Wan-Bissaka also improving the defensive unit.

The beauty of momentum is that, when it is in your favour, good things happen; confidence flows and players perform as their talent suggests they should. For example, Pogba’s long-range pass to Rashford to set up United’s third goal — some 95 seconds after Martial had made it 2-0 — was the French midfielder at his best.

And with nine minutes remaining, Pogba showed his quality again as he broke forward before releasing substitute Daniel James to score. The debutant’s goal, like those it preceded, was celebrated by all 10 outfield players as a group. To cap the occasion, goalkeeper David De Gea kept a clean sheet in the league for the first time since February.

This was day one for both teams and it is true that the score flattered United as much as it was harsh on Chelsea, but Solskjaer has positive momentum, which must be harnessed to ensure there is no repeat of last year’s false dawn. As for Lampard? He was shown the size of the task he faces.