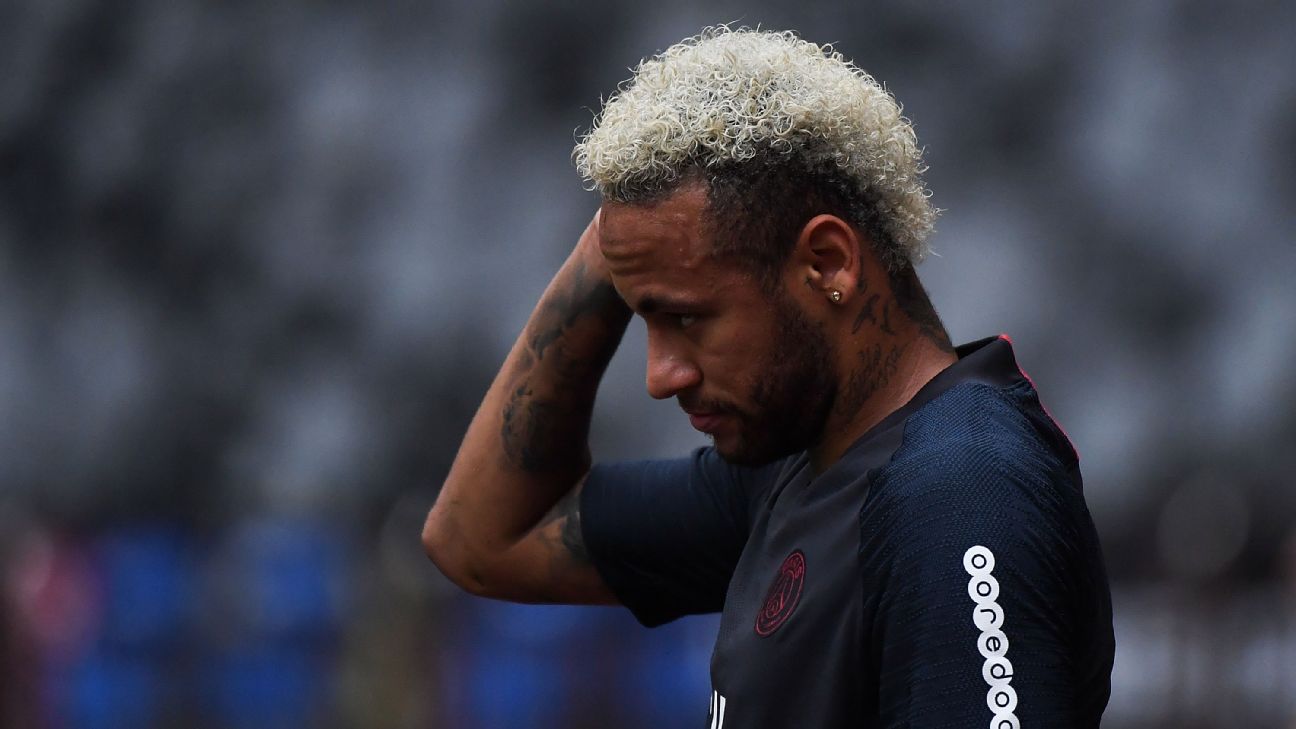 Neymar, who has been linked with moves to Real Madrid and Barcelona, arrived one week late for preseason training and did not play a single minute of football during friendlies.

Speaking with the press at PSG’s Camp des Loges training centre ahead of coach Thomas Tuchel’s prematch news conference on Saturday, Leonardo said Neymar’s absence from the squad is a club decision.

“Honestly, it is not just that [transfer rumours],” he said.

“We are in discussions and we will see what happens. Until a decision is made, we will manage the situation. Talks exist.

“However, Neymar is also not physically ready for the match either. As long as we are in talks — today they exist, while they did not before. It is important for everybody that the future is defined. The team must be focused on the game.

“Discussions are more advanced than before, but that does not mean that there is an agreement. What needs to be defined is if he stays and plays or goes.”

Tuchel added: “I have not spoken with Neymar. I am the coach. I speak with him about training.

“He is still a little injured and took knocks on Friday, as well as Saturday. Neymar did not complete a full week of training with the squad, so he cannot play against Nimes.”

Tuchel was later asked about Kylian Mbappe and was full of praise for the France international after a strong preseason and said he feels the World Cup winner is ready to lead PSG’s attack this campaign.

“I have a good relationship with Kylian,” Tuchel said.

“He is a star, but I do not view him like that. Kylian is my player — I am happy he is here. I think up ways to get him goals and assists each and every day — that is my objective with him.

“Kylian wants responsibility — he is ready for it and very mature. He is a key player for us, which he can handle. He is very intense during matches and training. Kylian is ready for Nimes. I expect a lot of him, and he knows this.”

PSG are also without Ander Herrera, who picked up a calf injury earlier this week and could be missing for up to a month.