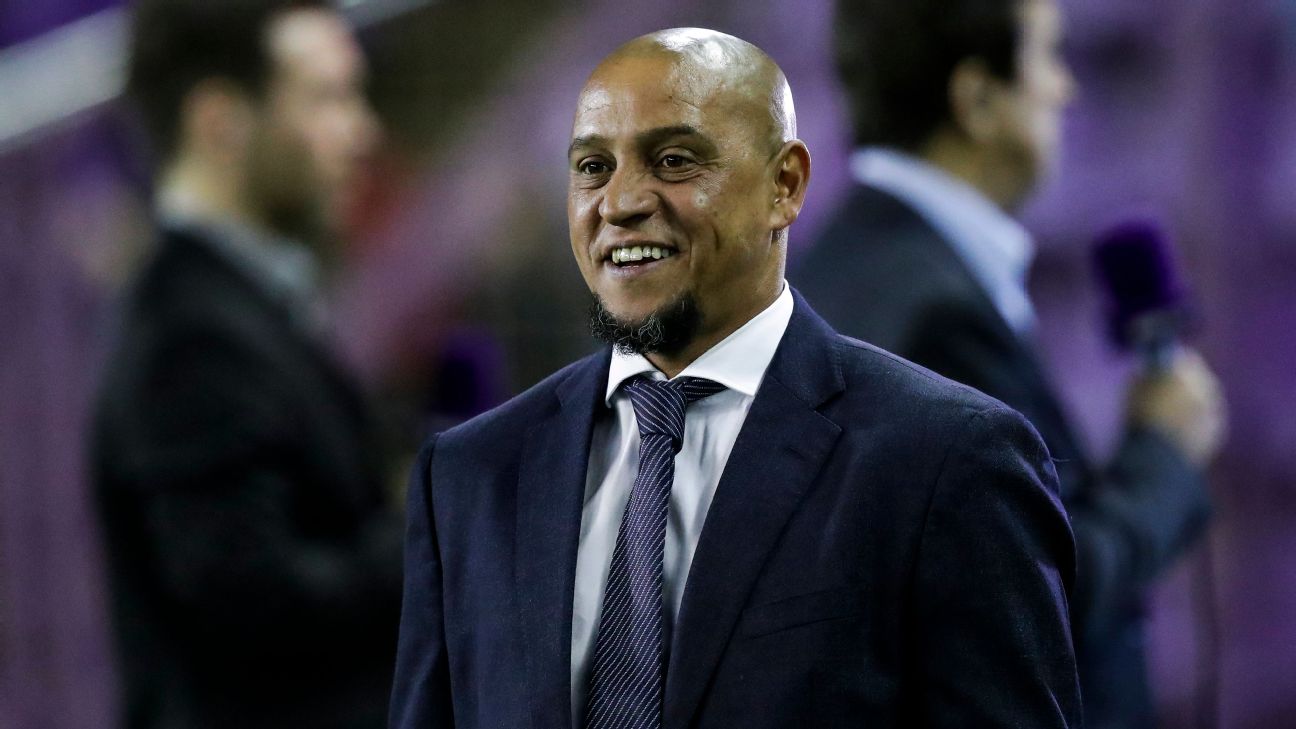 Roberto Carlos has recreated his famous free-kick for Brazil against France in his garden.

In the opening game of the 1997 Le Tournoi, Brazilian legend Carlos produced one of the most memorable strikes in football history when he curled a free-kick past goalkeeper Fabian Barthez in a 1-1 draw.

Speaking in an exclusive interview with ESPN in 2017, 20 years on from the strike, Carlos said: ”To be honest, until this day I don’t know how I did that.”

At the tender age of 46, the World Cup winner has shown he has not lost his masterful touch at set-pieces against former Barcelona goalkeeper Vitor Baia.

The scenario is exactly the same: Carlos sensationally bends the free-kick from right to left, leaving Baia motionless between the sticks.

We had to watch the video in slow motion to be sure whether it went in or not. If you’re also struggling to work it out, we can reveal it just crept past the post.

However, we can confirm Carlos should still be regarded as one of the best free-kick takers in world football.

USMNT out of World Cup after round of 16 loss
Pele to Brazil squad: I will cheer from hospital
Hearts-Almeria abandoned due to first-half brawl
Van Gaal entertains in lively Netherlands presser
What’s it like to take a penalty at the World Cup? ‘No joy, just pure relief’