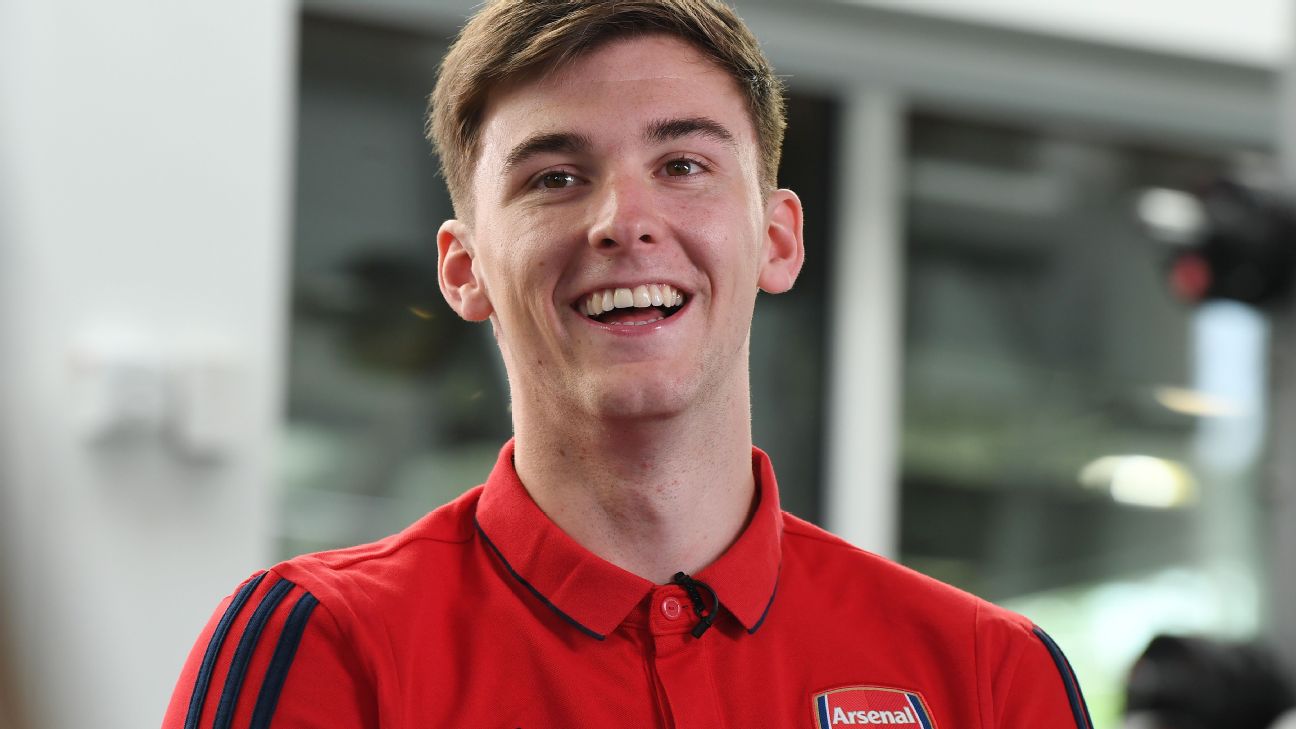 After a summer of speculation and a pair of failed transfer bids, Arsenal have finally gotten their man in Kieran Tierney.

The 22-year-old left-back, who completed a deadline day move to Arsenal from Celtic for a Scottish record £25 million, is a player who bolsters a major area of weakness for the Gunners and should only improve with age. He is currently out of action recovering from a double hernia surgery and should make his first-team debut in September, but who is he and what will he bring to Unai Emery’s revamped squad?

Where he comes from

Born on the Isle of Man, Tierney moved to the Glasgow area at a young age, settling in Wishaw, just 15 miles outside the city’s centre. A rabid Celtic supporter from an early age, Tierney is Celtic through and through and embodied their “more than a club” mantra. He joined Celtic’s academy at age 7 and made his first-team debut in April 2015 at the age of 17. The following season he displaced veteran Emilio Izaguirre as the starter at left-back and never looked back.

– Transfer Tracker: All the major deals
– Marcotti: Why did PL clubs cut their spending?
– Transfer Grades: Rating every big transfer

Tierney has almost every attribute clubs look for in a modern full-back: pace, tactical nous, comfort on the ball, the versatility to play in different formations and an ability to pick a pass or whip in a cross. That said, his greatest strengths are his intangibles.

While many modern full-backs or wing-backs are great going forward but negligent as defenders, Tierney seems to strike a perfect balance between being an attacking left-back and a responsible defender. His football IQ and understanding of when to go forward and when to defend are very advanced for his age and make him a real luxury for teams that covet attacking football.

At 22, he has already shown he is a natural born leader — he’s already captained both Celtic and Scotland — and may project as an Arsenal club captain one day. His tireless work rate also jumps out: his heat maps are red-hot due to his constant running and impressive stamina. Tierney is intelligent, tough and very disciplined to boot: he’s only been booked 11 times for club and country combined and has never been sent off.

Going forward, Tierney has improved every season, each year becoming more and more of an attacking threat. His dribbling and technical ability on the ball is severely underrated and, as his record of 37 assists in 170 games suggests, he’s developed a real skill for playing in low crosses with pace and finding late runners into the box with cut-back balls from the end line.

The marauding Tierney also completed 82 percent of his passes and attempted an impressive 5.5 crosses per game in 2018-19.

The biggest question mark regarding Tierney is whether he can do it at the highest level.

It’s no secret that the quality of the Scottish Premier League has dipped considerably in recent years and at the nation’s dominant club, Tierney wasn’t consistently tested or punished for mistakes. His pace, trickiness and ability on the ball suggest that he will be fine from an attacking sense in England’s top flight but how will he fare defensively going against elite forwards on a weekly basis? He could definitely afford to get a bit stronger to deal with the step up in competition and will also need to improve in the air.

Another area where there is considerable room for improvement is his right foot. Tierney is very left-foot dominant and developing his weaker foot would help him considerably, especially when being harried by pressing forwards.

Finally, his injury history is starting to become a worry. Tierney is currently expected to be out for at least two months with hip and hernia issues, the latest in a line of ailments that have plagued the Scotland international. Last season, he played just 20 of Celtic’s 33 league games, missing 132 days and 22 games overall due to hip and groin injuries. Add in a ruptured ankle ligament in 2016-17 that he missed 15 games with and Tierney’s health is a red flag.

As mentioned earlier, Tierney is a leader in spite of his age and has never been afraid to speak up or hold his teammates accountable. He’s a throw-back, as former Celtic boss Brendan Rodgers told the Irish Times back in Dec. 2017. “He’s still very young, still has bits of improvement to make but his quality, his will and determination and his focus for a young player is outstanding. This is a young player who can play in the top four of the Premier League if that’s where he wanted to go.

“He’s got an incredible determination, an old-school determination. He lives his life right, he doesn’t drink or do stupid things. He’s in every day training like a dog.”

At a team like Arsenal where the players’ passion and attitude has been questioned in recent years, whether fairly or unfairly, Tierney’s fire and passion could be exactly what the doctor ordered.

Where is he heading?

For long-term success in the Premier League. Tierney possesses all the physical and mental traits needed to thrive in England and once healthy, his smarts and will should fast-track him for a starting spot with the Gunners. Often compared to Liverpool ace and Scotland teammate Andrew Robertson, Tierney’s pedigree and record in Europe with Celtic (over 40 games) suggests he is ready to take the next step and conquer the Premier League.

A rare all-round full-back, Tierney is well worth £25m right now and at 22, has the potential to become one of the Premier League’s best left-backs and represent a genuine bargain for Arsenal.