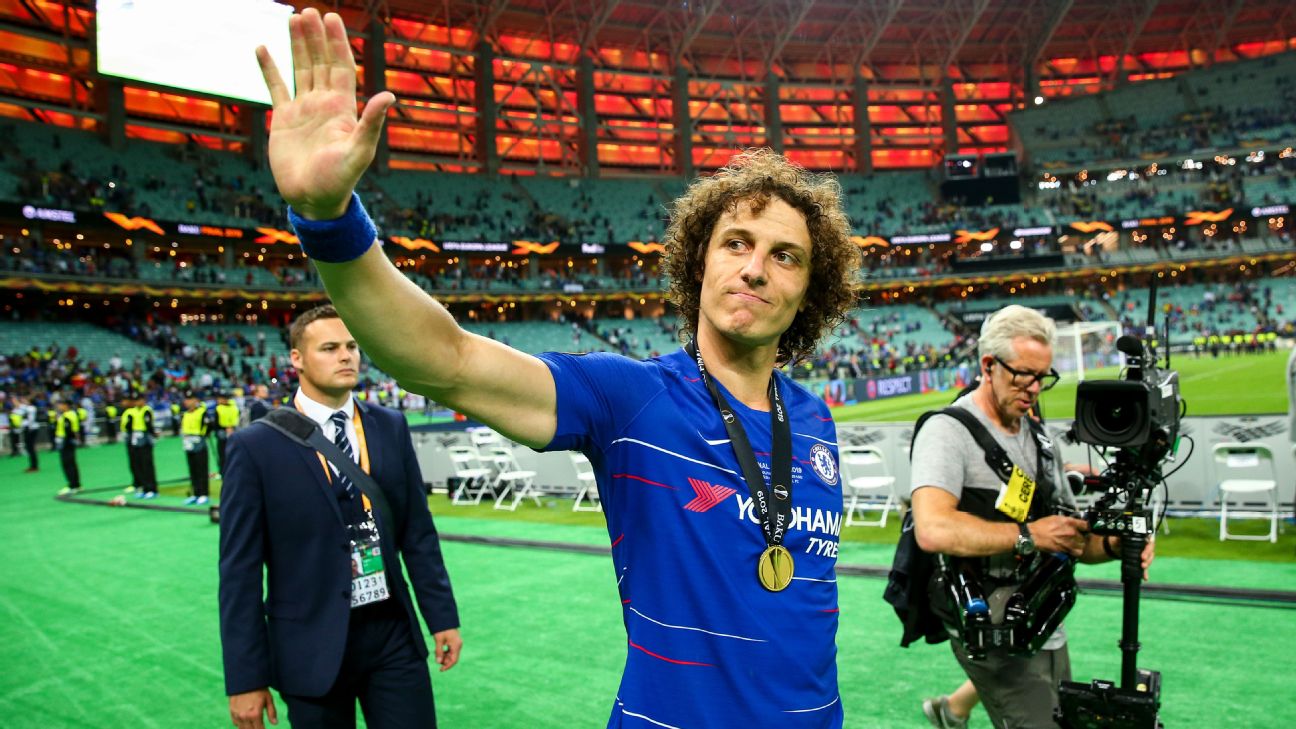 David Luiz refused to train with Chelsea’s first team on Wednesday in hopes of forcing a move out of Stamford Bridge, sources have told ESPN FC.

Luiz going on strike was first reported in France by L’Equipe and has since been confirmed by ESPN FC.

Arsenal, who are actively looking for a centre-back, are interested in recruiting the Brazilian, who is also keen on joining the Gunners, sources have told ESPN FC. But other centre-backs are also on Arsenal manager Unai Emery’s wish list, including Juventus and Italy defender Daniele Rugani.

Luiz, 32, has two years left on his contract after signing a new deal only a few months ago. Arsenal are only looking at a loan or a loan with a small fee as they can’t pay the price that a club like Chelsea would demand for a player of his calibre. They are yet to make an offer to Chelsea for the former Paris Saint-Germain man.

Sources have also told ESPN FC that Luiz has fallen out with Blues manager Frank Lampard in recent days. There have been a few issues between the two men, and Luiz is clearly behind Antonio Rudiger, Kurt Zouma and Andreas Christensen in the pecking order of the new manager.

The Brazilian international is determined to leave Chelsea this summer. He rejoined the London club for £31.5m in August 2016 for a second spell after playing there between January 2011 and his departure to PSG in July 2014.

USMNT out of World Cup after round of 16 loss
Van Gaal entertains in lively Netherlands presser
Hearts-Almeria abandoned due to first-half brawl
No Ronaldo, no problem: Replacement Ramos hat-trick lifts Portugal into quarterfinals
Sources: Arsenal’s Gabriel Jesus out 3 months