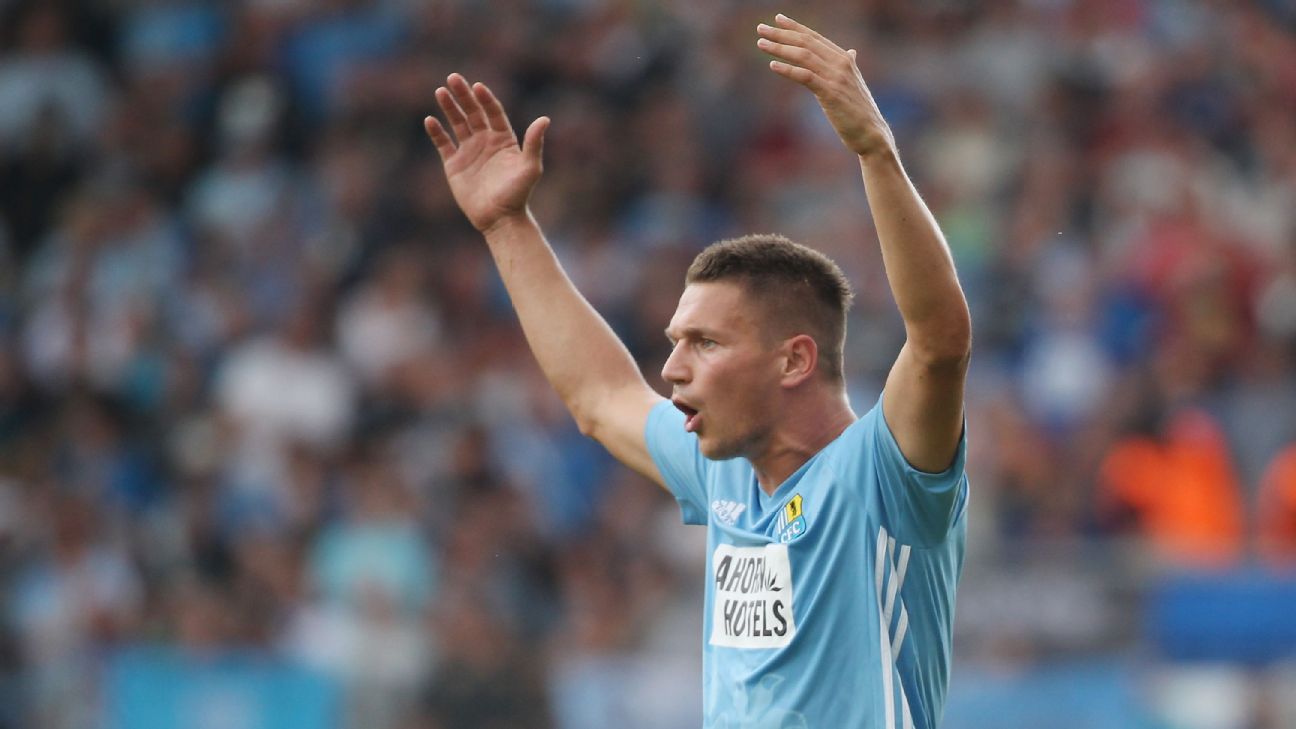 German third division club Chemnitzer FC have terminated the contract of captain Daniel Frahn after accusing him of ”openly displaying his sympathy with the leading figures” of far-right groups associated with the club’s supporters scene.

Frahn, 32, missed Saturday’s 3-1 defeat at Halle through injury and opted to watch the match from the club’s guest fan block where he was standing next to figures of the far-right groups Kaotic Chemnitz and the now-defunct NS-Boys.

Frahn was already fined by the club and banned by the local FA earlier this year when he honoured a deceased co-founder of the club’s infamous Hooligans-Nazis-Rassisten (HooNaRa) group by holding aloft a “Support Your Local Hools” shirt.

At the time, Frahn said he did not know the shirt was widespread in the Nazi scene, and that while knowing the deceased, he never talked any politics with him.

The club said in a statement on Monday that his “remorse back then was a farce.”

Romy Polster, deputy chair of the shareholders group that runs Chemnitzer FC’s football department, added: “He could not and would not live up to the responsibility of the player and team captain of a football club, which involves more than scoring goals and letting yourself be cheered by the crowd: namely, attitude!

“It’s the agreement of all that Chemnitzer FC terminates the player’s contract with immediate effect.

“Daniel Frahn, there no longer is a place for you at Chemnitzer FC.”

When contacted on Tuesday, Frahn told ESPN FC that he was unable to comment on the situation.

Local police, meanwhile, told ESPN FC they are “allowing for several possibilities” when Chemnitzer FC host Hamburger SV in the first round of the DFB-Pokal on Sunday amid fears over possible reactions from the far-right.

“We have been monitoring the developments at Chemnitzer FC and the fans’ reactions for a while now,” they said.

Police were already on site at the stadium on Monday when Frahn was told he was no longer wanted at the club. However, authorities told ESPN FC that they were at the stadium to avert danger after “increasing discontent within the fan scene” which focused on individuals at the club.

Chemnitzer FC are currently in administration and parts of the fans have identified Klaus Siemon, who is in the process of liquidating the club, as their enemy.

At the weekend, fans displayed a banner which showed Siemon in crosshairs. But police said that he currently does not need special protection.

The city of Chemnitz, where Chemnitzer FC is located, made international headlines when members of the far right took to the streets for several days following the death of a German citizen in August 2018.

The club said on Monday that since last year it saw itself “duty-bound to be bulwark against right-wing extremism.”

Chemnitzer FC are second to bottom in the third division, returning to the league after a year in Germany’s regional fourth division this summer.