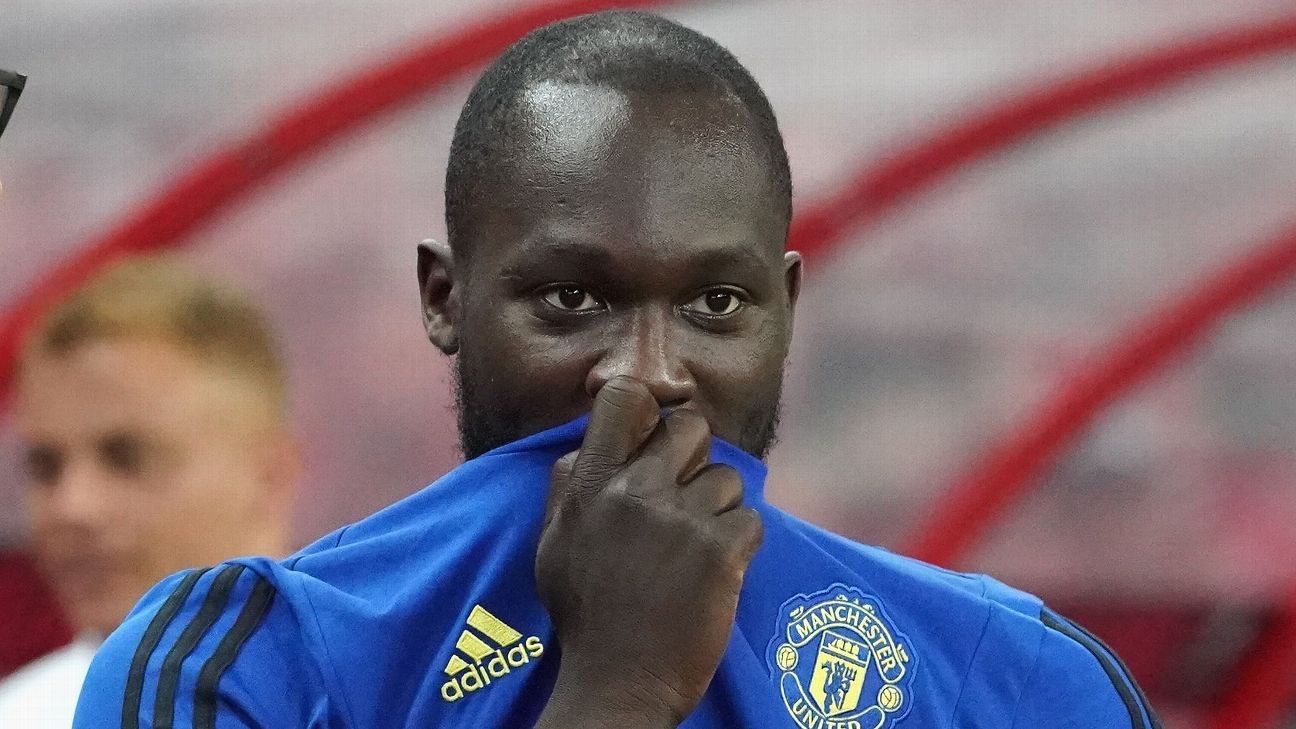 Romelu Lukaku is desperately trying to secure an exit from Manchester United with talks continuing about a possible deal with Inter Milan, sources have told ESPN FC.

Lukaku’s agent Federico Pastorello is in London attempting to broker an agreement between United and the Serie A side. Juventus striker Mario Mandzukic remains an option for Ole Gunnar Solskjaer if Lukaku leaves before Thursday’s transfer deadline.

Lukaku, meanwhile, is still in Belgium but did not spend a third day training with Anderlecht on Wednesday. He is set to be fined by United for failing to report to Carrington for training on Tuesday.

Inter have seen a £54 million bid for Lukaku turned down with United holding out for around £80m. It remains to be seen whether the club will reduce their demands following Lukaku’s decision to stay away from training.

Lukaku trained with Anderlecht’s under-18 team on Monday and Tuesday as he continues to seek a move away from Old Trafford. Solskjaer granted the players a day off on Monday but the squad were expected back at Carrington on Tuesday ahead of Chelsea’s visit to Old Trafford on Sunday.

The former Everton forward was asked to explain his absence on Wednesday and is set to be fined for missing training. It is the second time in a week Lukaku has landed himself in trouble after being reprimanded last week for posting confidential training data on Twitter.

However, sources have told ESPN FC that Luke Shaw, who was bottom of the list, was among those unhappy the information had been made public prompting Solskjaer to rebuke the Belgium international. If Lukaku leaves before the Premier League deadline at 5 p.m. on Thursday, United have not ruled out making a late bid for Mandzukic.

Sources have told ESPN FC the Croatia striker is open to a move to Old Trafford but that negotiations with Juventus may be difficult because the relationship between the two clubs is strained following United’s decision to pull out of talks with Paulo Dybala on Sunday.

Meanwhile, United have turned down an enquiry from Everton for defender Chris Smalling, sources have told ESPN FC. Smalling has fallen down the pecking order following the arrival of £80m centre-back Harry Maguire from Leicester but Solskjaer wants to keep him at Old Trafford.

Everton had asked about the possibility of taking the 29-year-old, who signed a new contract in December, on loan for the season. Smalling is one of seven central defenders in Solskjaer’s squad, which also includes Maguire, Victor Lindelof, Phil Jones, Eric Bailly, Marcos Rojo and Axel Tuanzebe.

Sources have told ESPN FC that the club are open to offers for Rojo.