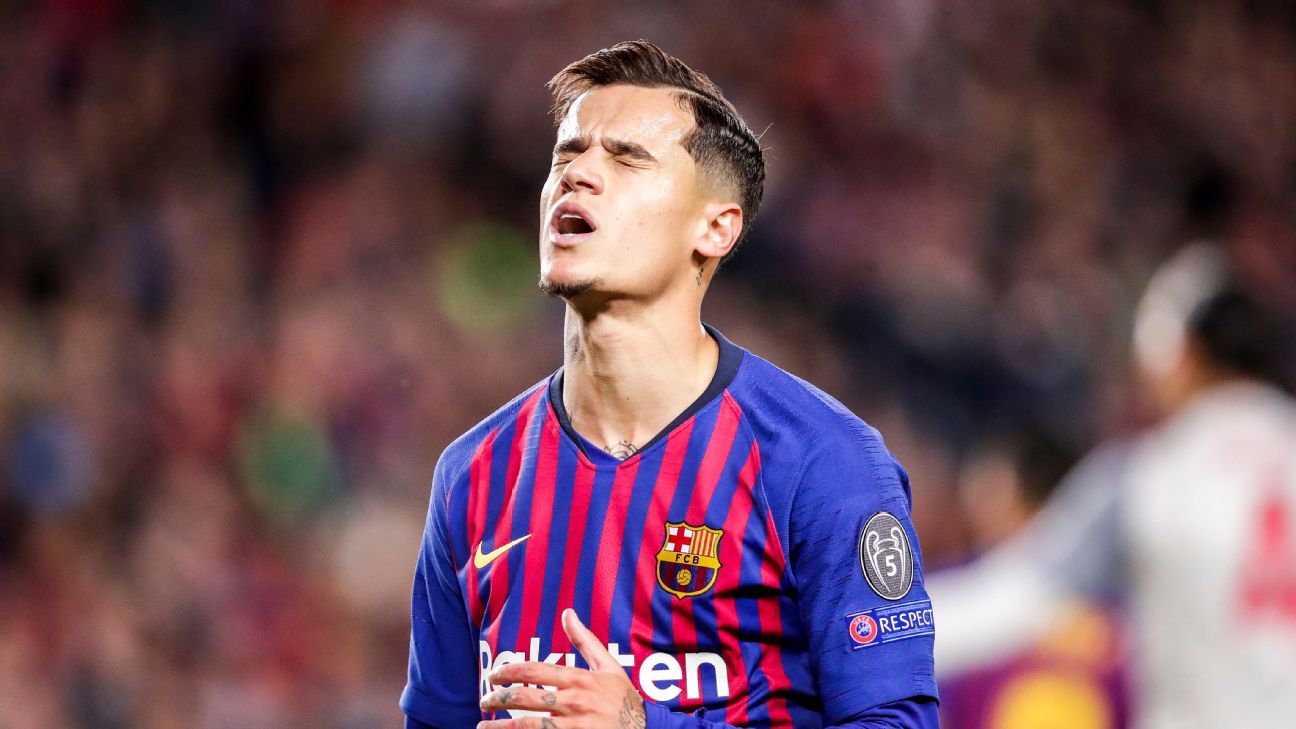 The Brazil international is out of favour at Camp Nou and reports in Spain and France have linked the Gunners with the former Liverpool player, with some even stating that a deal was close to completion.

However, sources have told ESPN FC that Arsenal are not in for the 27-year-old and never were.

Barca are trying to move their No. 7 on but so far has not found anyone willing to sign him. His £290,000-a-week wages as well as his price tag — he was signed for €120 million rising to €160m 18 months ago — have made a potential deal very difficult.

After the recruitment of Dani Ceballos, Nicolas Pepe, William Saliba, who has returned on loan to Saint Etienne, and Gabriel Martinelli, Arsenal and Raul Sanllehi, their CEO in charge of football operations, are now focusing actively on recruiting a centre-back. It will have to be a loan, however, as Arsenal have spent all their budget on transfers for this summer.

RB Leipzig’s Dayot Upamecano is no longer an option as a deal was too complicated to conclude, though, Juventus’ Daniele Rugani is in the frame following a meeting in London this week between Sanllehi and Juve director Fabio Paratici.

Despite Arsenal’s lack of interest interest, Barca are still actively looking to place Coutinho in the Premier League before the transfer window closes in England this week.

Sources have told ESPN FC that the player has been offered to both Manchester United and Tottenham. United have not completely ruled out making a move but Spurs is a more likely destination.

Coutinho played under Mauricio Pochettino at Espanyol and has maintained a great relationship with the Argentine coach. A source close to Coutinho told ESPN FC the chances of a return to England this month are “low” but not impossible.

A move to Spurs is complicated, though, and would depend on a number of factors. Christian Eriksen would have to leave the club — with United interested — while deals for Giovani Lo Celso and Bruno Fernandes would have to fail to materialise.

Finally, Coutinho would possibly have to take a sizeable pay cut or Barca would have to accept a loan move. Sources at the Catalan club say a loan move is the last option as they look to move the Brazil international on on.

If a move to the Premier League fails to materialise, there remains interest from Paris Saint-Germain, with Barcelona still interested signing Neymar from the Ligue 1 champions.

ESPN FC first revealed after Barca’s Champions League loss to Liverpool that the Blaugrana wanted to sell Coutinho, who became their record signing when they bought him from Liverpool in 2018.

Since then, there has been interest but no firm bids for Coutinho, who flew out to Miami with Barca on Monday. He was one of four players to train at Barry University on Tuesday ahead of Wednesday’s game against Napoli.