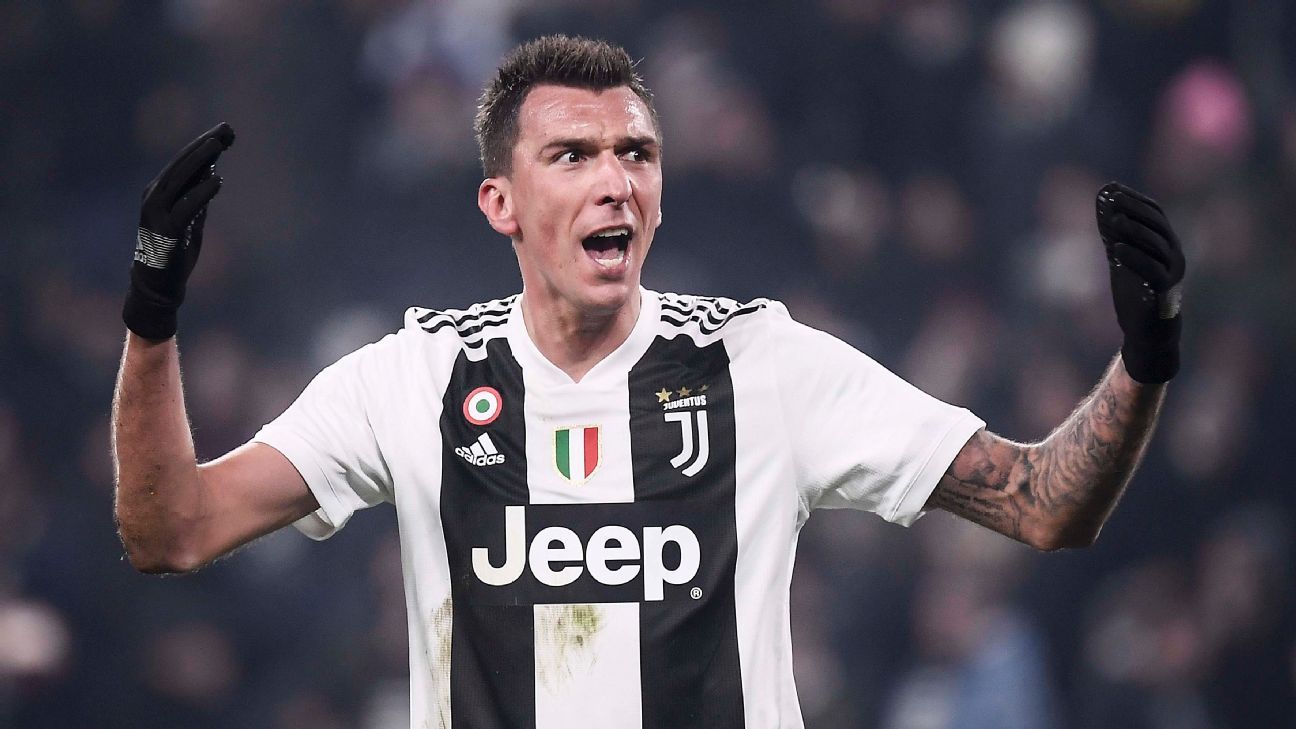 The European transfer window is open. Click here to view all the latest transfers and keep up to date with the latest gossip below.

Manchester United have been linked with Juventus forward Paulo Dybala throughout the past week, but it’s only in the last couple of days that Mario Mandzukic‘s name entered the discussions.

Now it seems the transfer talks have moved on quickly, with the Daily Mail reporting that the 33-year-old has agreed personal terms on a three-year contract worth £6.2m-a-year — earning him a third more than he receives in Turin.

The original plan was that Romelu Lukaku would head to Juve as part of a swap for Dybala, but now it seems that Mandzukic could become a makeweight in the deal which takes Lukaku to Italy.

United certainly haven’t given up on Dybala, despite the player’s excessive wage demands, and it could yet be that Mandzukic moves to Old Trafford as a standalone purchase for around £15m.

If Mandzukic does complete his move, it is surely certain that Lukaku will go in the opposite direction himself.

14.59 BST: Don’t forget to make your own transfers as you pick your team for our Premier League fantasy game! Take on your mates in head-to-head leagues, selecting a team each weekend to maximise points. Here’s how to play the game, and click through to sign up.

14.38 BST: Brighton are set to make another big-money signing with striker Neal Maupay moving from Brentford. L’Equipe reports that Maupay, who scored 25 Championship goals last season, will sign a four-year deal barring any late hitches. Maupay, who has also played for Nice and Saint-Etienne, has not featured for the Bees in preseason amid speculation over his future. Brighton are also said to be tracking trasbourg defender Kenny Lala.

14.05 BST: Yet another DONE DEAL! Takuma Asano has left Arsenal for Partizan Belgrade after three years with the Gunners. The Japan international never made a single appearance for the Gunners as he never qualified for a work permit in the UK. The terms of the deal have not been disclosed.

All the best for the future, Takuma

13.39 BST: Could Radamel Falcao be leaving AS Monaco this summer? The striker said after Saturday’s 1-0 friendly win over Sampdoria that he is weighing up his options with just a year left on his contract.

13.03 BST: Could Man City make a late swoop for Real Madrid midfielder Isco? The Daily Express reckons that City could complete a deal for a player who is surplus to requirements before Thursday’s deadline. Pep Guardiola is also been linked with a move from Bournemouth centre-back Nathan Ake.

12.38 BST: Inter Milan’s hopes of signing Edin Dzeko from AS Roma could be scuppered by the price tag. La Repubblica says that Roma want €20m plus add-ons if they are to part with the striker — but so far Inter will not offer a package worth more than €15m in total.

12.12 BST: And ANOTHER! Yep, it’s the third done deal of a busy day of transfer dealing. This time it’s Barcelona who have announced a signing, with Real Betis defender Junior Firpo moving to Camp Nou for €18m with a possible €12m in add-ons. The buyout clause is set at a whopping €200m.

11.43 BST: We have another DONE DEAL and this is a big one for Everton fans. They have manage to snaffle one of the hottest prospects in European football, with Italy international Moise Kean moving from Juventus. The 19-year-old striker switches to Goodison Park for €27.5m, with a further €2.5m possible in add-ons. This could be cracking business!

11.11 BST: Sky Sports in Germany is reporting that Bayern Munich are closing in on the signing of Leroy Sane from Manchester City, but the transfer will not be completed before Thursday.

10.45 BST: Could Philippe Coutinho be heading back to the Premier League? Not to Liverpool or Manchester United, but now Sport reports that Arsenal could move to sign the Brazilian on loan. However, the suggestion that Barca are looking for a £27m loan fee would indicate this deal isn’t going to happen. Arsenal play Barcelona in the Gamper Trophy at the Camp Nou on Sunday.

Harry Maguire snapped in his way into Carrington ahead of his Man Utd medical this morning. #MUFC pic.twitter.com/QHSw4AMk8H

10.06 BST: We have our first DONE DEAL of the day already! AC Milan have announced the signing of Ismael Bennacer from Empoli. The Algerian midfielder has penned a five-year contract and moves for a reported fee of €13m.

09.30 BST: Good morning, transfer fans! We start with news of Harry Maguire‘s £80m move from Leicester to Manchester United. The centre-back has been pictured leaving a Manchester hotel, probably bound for a medical, as the transfer edges ever nearer.

PAPER ROUND (by Steve Wright)

The exodus of top stars looks set to continue at Ajax, with Real Madrid close to completing the signing of midfielder Donny van de Beek, according to Marca.

Van de Beek, who scored for Ajax in their 2-2 Eredivisie draw with Vitesse Arnhem on Saturday, has already reached an agreement with Los Blancos, according to the report, and all that’s left to do is for Ajax to approve the move to Zinedine Zidane‘s side.

It’s thought that an offer between €60 million and €70 million would be enough to persuade the Dutch club to let Van de Beek follow Frenkie de Jong and Matthijs de Ligt out the door for last season’s Champions League semifinalists.

The report also suggests the move would decrease the likelihood of Madrid going for Paul Pogba, who Manchester United manager Ole Gunnar Solskjaer said will “no doubt” be staying at Old Trafford for the upcoming season.

Manchester City could be lining up a £32 million move for Juventus full-back Joao Cancelo, with Danilo heading in the opposite direction, according to the Daily Mail.

- Premier League fixtures 2019-20 in full
- ESPN fantasy: Sign up now!
- When does the transfer window close?

The transfer window closes on Thursday, but it’s thought that City and Juventus will get the deal across the line on Monday. Danilo has barely featured for Pep Guardiola’s City in recent months, so it’s no surprise to see him offered in a deal that will allow him to reunite with fellow former Porto full-back Alex Sandro.

As for Cancelo, the 25-year-old doesn’t appear to be a part of Maurizio Sarri’s plans in Serie A, but Guardiola could use him as competition for Kyle Walker.

Crystal Palace boss Roy Hodgson could be reunited with former England colleague Gary Cahill, as the Eagles look set to act first on the defender’s release from Chelsea, The Sun reports.

The two-year deal will see Cahill earn £75,000 per week at a club where transfer activity has been kept to a minimum this summer.

Burnley had previously been linked with Cahill, but it’s thought that they would only have gone for him had they lost James Tarkowski, so it looks like Hodgson has a free run at this one.

– Brighton have approached Chelsea over the possibility of taking Danny Drinkwater — who was left out of the squad in Chelsea’s preseason finale vs. Borussia Monchengladbach after failing to make a single competitive appearance under Maurizio Sarri – on loan, according to the Mail.

– With Harry Maguire on the verge of joining Manchester United, Brendan Rodgers is turning to former club Celtic to find a replacement for his back line, with the Star writing that Leicester want to sign six-foot-five 21-year-old centre-back Kristoffer Ajer.

– Tottenham Hotspur could be close to having a new midfielder on their hands, as Bruno Fernandes has told Sporting Lisbon that he wants to join the North London club, the