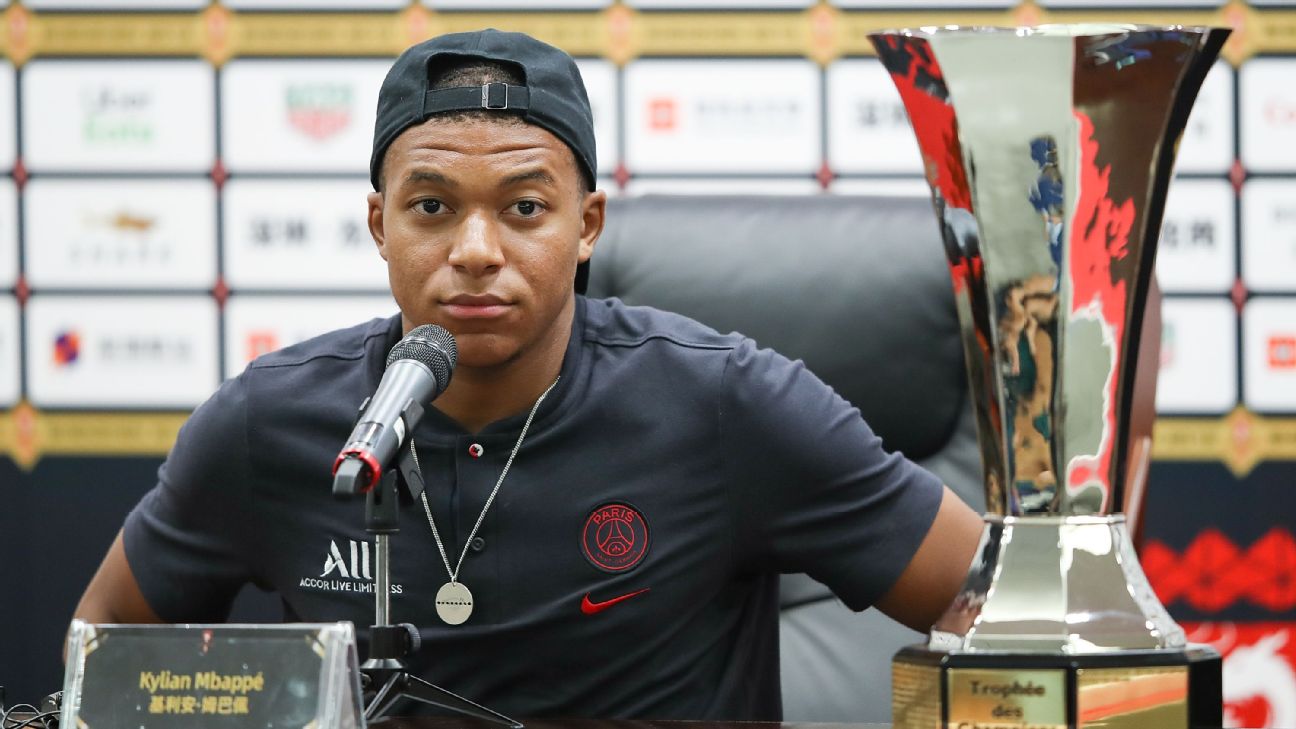 Paris Saint-Germain forward Kylian Mbappe has said he wants teammate Neymar to stay at the Parc des Princes despite speculation over a summer return to former club Barcelona.

The Brazil international joined from Barca for a world-record €222 million in 2017 but has not taken part in any preseason action with PSG hopeful Barca would make an acceptable offer.

But that has not happened and speaking ahead of Saturday’s Trophee des Champions clash with Rennes, Mbappe said his wish is that Neymar stays put.

“Everybody knows about his situation,” Mbappe said at a news conference in Shenzhen. “I do not want him to leave. He knows what I think of him and his situation.”

Coach Thomas Tuchel added that Neymar has trained well since returning for preseason and was involved in a group session ahead of the Rennes encounter despite the fact he is suspended following a clash with a supporter after their penalty shootout defeat in the Coupe de France final.

Asked about his public challenge to PSG at the UNFP awards ceremony in May, Mbappe was apologetic and underlined it was never his intention to attempt to force a summer exit.

“No desire to leave, my words were ambiguous,” the 20-year-old said. “True, it was not the right time, nor place.

“I will take this opportunity to apologise to my teammates present at the ceremony that night. I spoiled the party a bit — I stole the show but in a negative sense.”

Mbappe also cleared up claims that he wants to replace Edinson Cavani as PSG’s main central striking option after that public declaration.

“I am surprised some say I want to play as our No. 9,” the former Monaco man said. “We have Edinson, who is a great player — I am not here to take the place of other great players.”