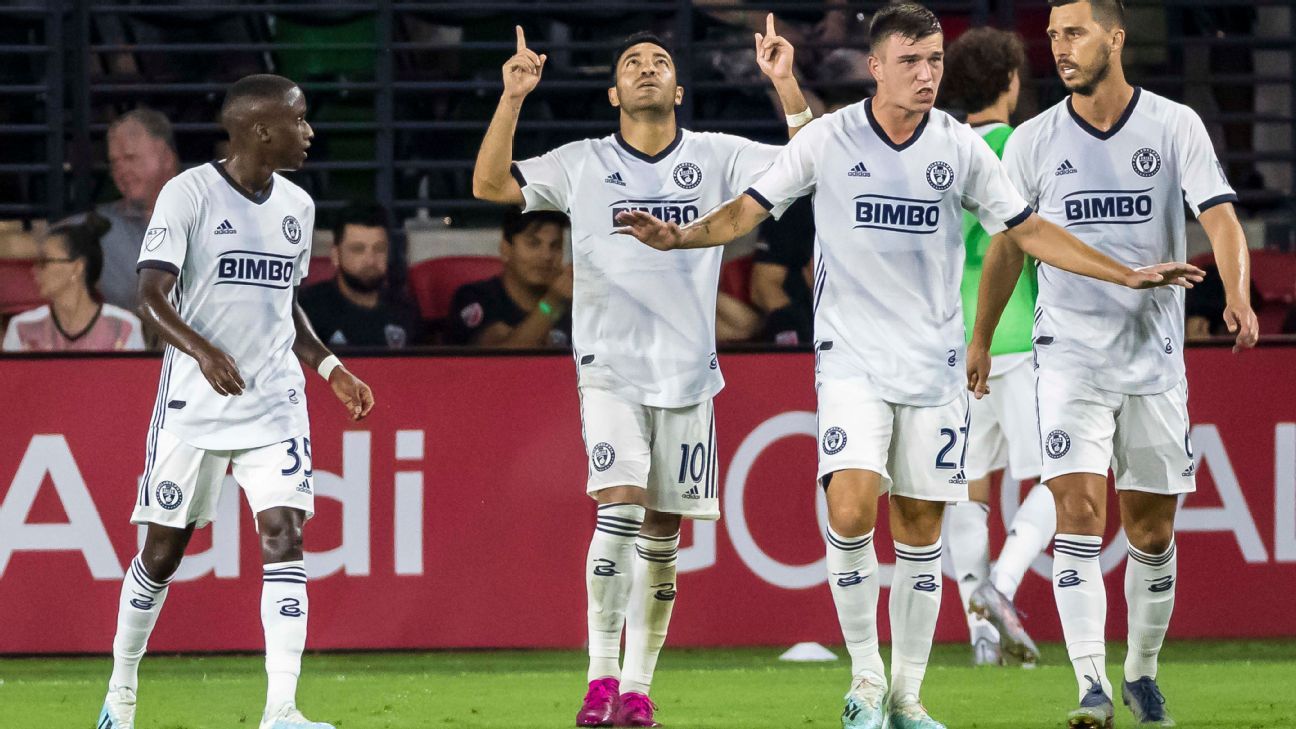 The victory moved the Union (42 points), who have had at least a share of first place for 62 days, back to three points ahead of defending MLS Cup champion Atlanta United (39 points). United had moved into a tie for the top spot earlier Sunday with a 3-0 win over the LA Galaxy.

Haris Medunjanin had two assists and Andre Blake had two saves for Philadelphia which won its fifth straight game over D.C. United, outscoring the Black-and-Red 15-3 in the process. Fabian also tallied an assist.

Bedoya gave Philadelphia a 1-0 lead in the third minute with his third goal of the season. The score was set up by Andrew Wooten, who stole the ball from defender Donovan Pines near the left sideline, then hit Fabian with a crossing pass. Fabian then found Bedoya outside the top of the penalty box where he fired a shot that hit the left post and caromed in.

D.C. United defender Junior Moreno was red-carded in the 37th minute for grabbing Przybylko for a high ball in the middle of the box. Przybylko’s ensuing penalty kick flew high over the crossbar.

Fabian then made it 2-0 in the second minute of stoppage time just before halftime, rifling in a crossing pass from Kai Wagner in the middle of the box past Hamid.

Przybylko extended Philadelphia’s lead to 3-0 in the 52nd minute with his 10th goal of the season off a nice assist by Warren Creavalle.

Brillant put D.C. United on the scoreboard two minutes later with his first goal of the season, knocking in a rebound of a Steven Birnbaum header right by the goal line.

Fabian made it 4-1 in the 70th minute with his second goal of the night and sixth of the season, firing a shot from the right edge of the six-yard box that hit Birnbaum’s leg and bounced inside the right post. Picault ended the scoring with his fourth goal of the season in the 90th minute.