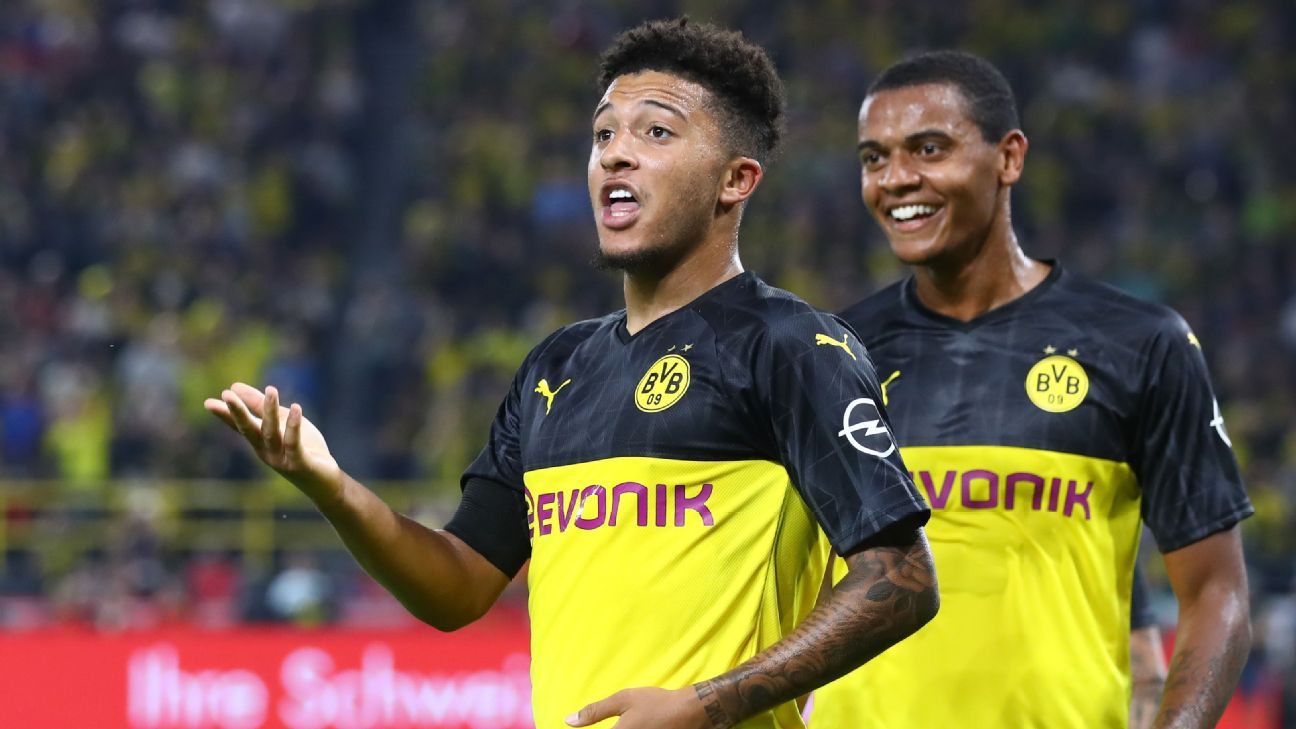 England winger Jadon Sancho starred for Borussia Dortmund on Saturday to help his side beat rivals Bayern Munich 2-0 to win their sixth DFL Super Cup and claim early bragging rights in the curtain raiser for the German Bundesliga.

The teenager was the key man, assisting one goal and scoring the other in front of the Dortmund faithful against a Bayern side looking a little lost without departed greats Franck Ribery and Arjen Robben.

Lucien Favre’s side tailed off in last season’s title challenge, finishing runners-up to Bayern who clinched a record 29th league trophy and the DFB Pokal. However, they showed their determination to put that right, captain Marco Reus forcing a diving save from Manuel Neuer in the very first minute.

Neuer was then lucky to not be beaten or force the referee to show him a red card when he ran out halfway into his own half after 15 minutes to dive at Paco Alcacer who knocked the ball past the goalkeeper, but it trickled past the open goal.

Alcacer made amends for his miss shortly after halftime. Sancho dazzled the opposition with his footwork on the right before teeing up the Spanish striker on the edge of the box who found the bottom right corner.

Some last-ditch defending stopped Bayern from equalising 10 minutes later, with Kingsley Coman, Thomas Muller and Robert Lewandowski all denied from close range in a matter of seconds.

But it was Sancho who stole the show, doubling Dortmund’s lead after collecting the ball and sprinting from almost the halfway line to slot it expertly past Neuer.

Bayern tried to find openings but were unable to find a way past a stubborn yellow wall, which will this season feature Mats Hummels after his return from Munich. The veteran defender was not able to face his former side due to a knock in training.

For Niko Kovac’s men, the result was a reminder that they have areas in their squad to improve and they will no doubt increase their efforts to land young winger and long term target Leroy Sane from Manchester City.

Dortmund, meanwhile, go some way to make up for their 5-0 capitulation to Bayern in April and go into the new Bundesliga season buoyed by winning the first silverware of the campaign.