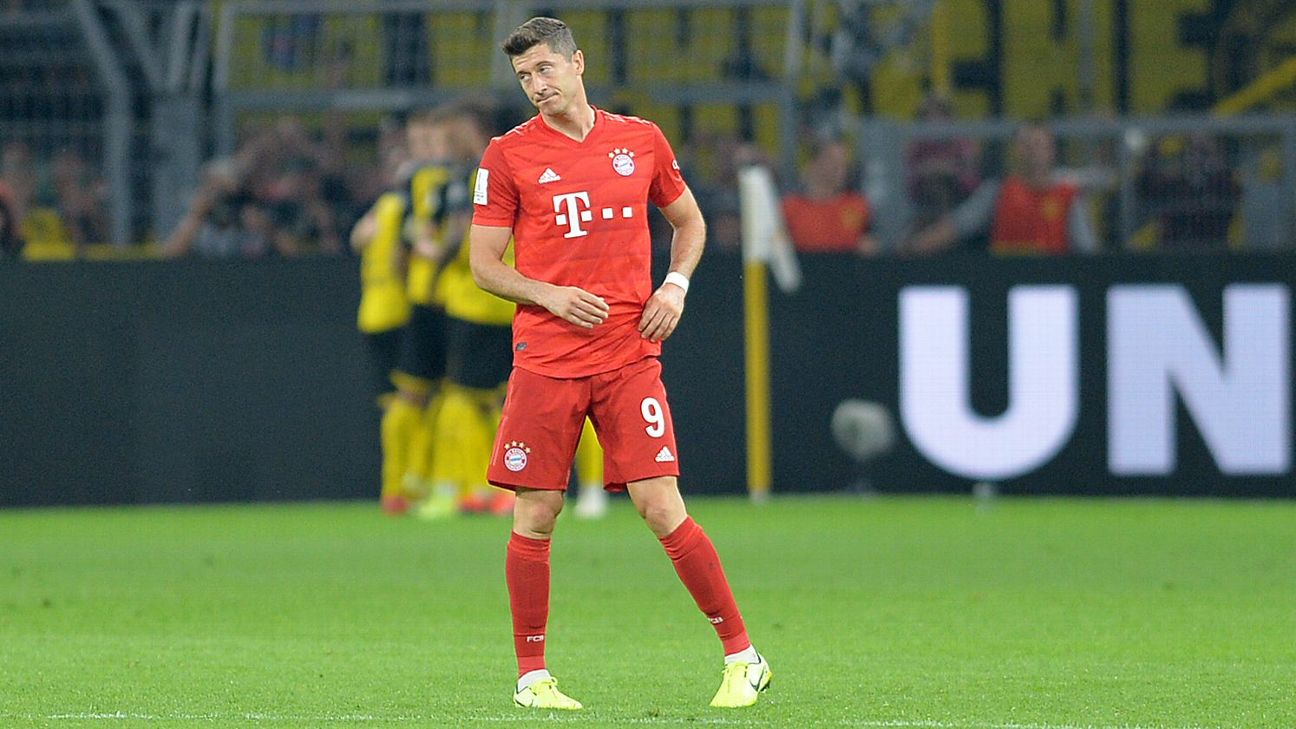 Bayern Munich striker Robert Lewandowski has called on the club to make high-profile signings that can have an immediate impact rather than players with potential.

Speaking after Bayern’s 2-0 loss to Borussia Dortmund in the German Supercup on Saturday, Lewandowski rued the lack of a game-changers among Bayern’s substitutes and appeared to question the club’s transfer policy.

“Sure, the young players on the bench have potential, that’s true — but sometimes you need direct reinforcement from someone who can come in and help the team,” Lewandowski said.

In contrast to Dortmund, who have significantly boosted their squad over the summer, Bayern have only signed French defenders Benjamin Pavard and Lucas Hernandez, while Arjen Robben, Franck Ribery, James Rodriguez, Mats Hummels and Rafinha all departed the club.

German forward Fiete Arp has arrived from Hamburg though it is unclear if he will remain with the club or be loaned out for the season.

Lewandowski had already called on Bayern to make more signings while the team was on a summer tour in the United States.

“My opinion remains the same, because today was precisely the right time where we could have looked and seen what could happen if we had such a professional player ready to come on,” he said.

Bayern are reportedly in talks with Manchester City over Germany forward Leroy Sane. Both kicker and Sueddeutsche Zeitung have reported that Sane has agreed to join the club for what would be a Bundesliga-record sum.

Lewandowski alluded to a lack of confidence among his existing teammates.

“We lost the game ourselves,” he said of Dortmund’s win. “We could have won it but we made too many simple mistakes.

“In the second half, after the first goal, we weren’t 100% convinced that we could come back from the goal. I think that was the same mistake we made last season.

“Always when we concede a goal, we try to keep playing but it’s not with 100% belief that we can do it, that we can change the game at the end. It doesn’t seem so easy.”