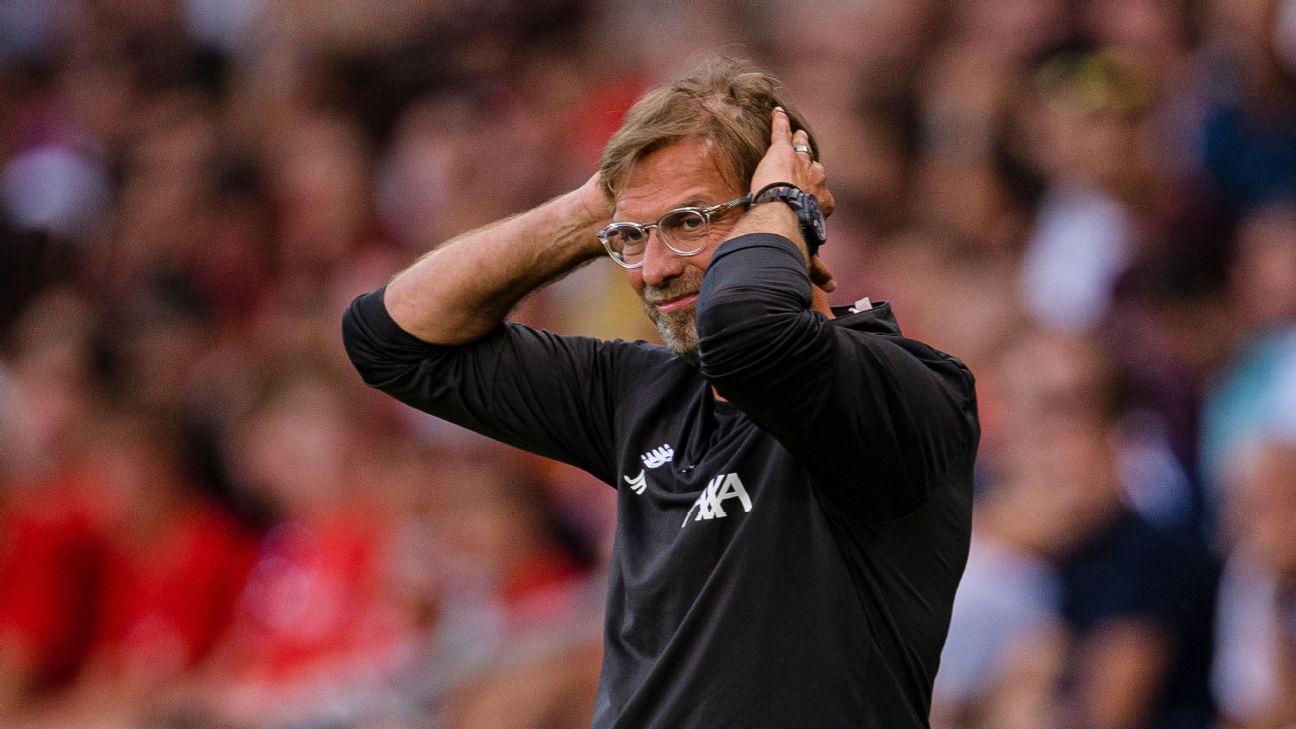 Jurgen Klopp has questioned the Premier League’s start date and the effect it could have on his Liverpool players.

Liverpool’s season begins on Sunday when they take on Manchester City in the Community Shield and Klopp’s side have the chance to win an unprecedented amount of silverware this season as they take part in seven competitions. Following the Community Shield, Liverpool begin their Premier League campaign against Norwich on Friday before facing Chelsea in the UEFA Super Cup five days later on Aug. 14.

– Man City vs. Liverpool: When is the Community Shield?
– Liverpool vs. Chelsea: When is the UEFA Super Cup?
– ESPN fantasy: Sign up now!
– Exclusive: Klopp on lack of big new signings and bright future

The Premier League, along with Ligue 1, is the first major domestic top-flight to start its season next weekend, with the German Bundesliga kicking off on Aug. 16, La Liga on Aug. 17 and Serie A a week later.

Klopp also highlighted the workload of his players after a FIFPro report said the health of some top players is “at risk” and recommended “mandatory offseason breaks of four weeks.”

This summer several Liverpool players have competed in international competitions with Sadio Mane part of the Senegal squad that won the Africa Cup of Nations on July 19 and Alisson winning the Copa America with Brazil on July 7.

“I spoke to [Napoli manager] Carlo Ancelotti,” Klopp added. “Italy has 20 teams as well [like the Premier League] and starts its season on Aug. 24.

“Kalidou Koulibaly played with Sadio at the African Cup of Nations. He has four weeks’ holiday and is not even close to coming back.

“I don’t know why we start that early. The Premier League is such a wonderful product. It doesn’t make sense.

“I love football. From my point of view we can play each week but somebody has to think about the players and nobody is doing it.

“From time to time I start a discussion but then it’s like ‘he’s looking for excuses.’ I don’t, especially not for me, but we have to think about these things and nobody, especially in England, is thinking about it.

“The clubs want us to go on tours. With who? We can’t go alone. These are the situations.”