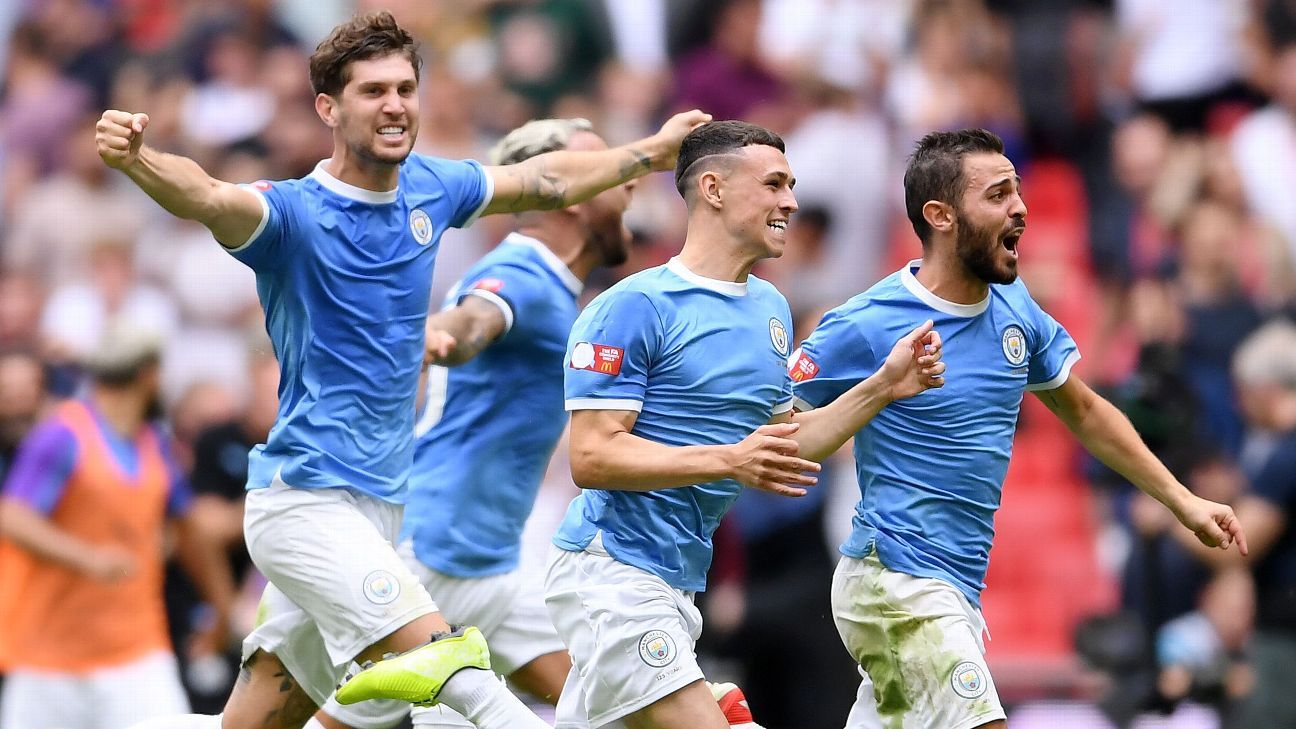 Gabriel Jesus scored the deciding spot kick after Georginio Wijnaldum had missed Liverpool’s second effort to give Pep Guardiola’s Premier League champions the edge over the Champions League winners, after an entertaining game that, at times, became far more feisty than the friendly tag suggested.

Earlier Raheem Sterling had put City in front in the first half before it was cancelled out by Joel Matip‘s header to send the game to a shoot-out.

Liverpool were without Sadio Mane after a summer spent at the Africa Cup of Nations but Jurgen Klopp was still able to pick nine of the team that started the Champions League final two months ago.

Guardiola handed a competitive debut to £62.8 million record signing Rodri but left Ederson and Sergio Aguero on the bench after their Copa America exertions.

Leroy Sane was picked from the start despite fresh speculation linking him with a move to Bayern Munich but he lasted just nine minutes after falling awkwardly under pressure from Trent Alexander-Arnold. It didn’t disrupt City, though, and before Jesus could take his place, they were in front.

From the resulting free kick, David Silva hooked the ball back into the box and Sterling got in front of Jordan Henderson to score from close range. It was Sterling’s first goal against the club he left in 2015 and the perfect reply to the boos from Liverpool fans that followed his every touch.

At the other end Mohamed Salah gave Oleksandr Zinchenko a torrid time down City’s left without ever finding the finish to go with the build-up.

The second half started with the woodwork rattled at both ends.

First Sterling hit the post after being sent clean through before Virgil van Dijk struck the underside of the crossbar. Salah saw another effort come back of the post and Sterling fluffed his finish after being put through a second time to round off a frantic 15 minutes.

Liverpool had to wait until 12 minutes from time but did finally get the equaliser their second-half performance deserved.

Henderson’s free kick reached Van Dijk at the back post and he looped a cross towards Joel Matip — on as a second-half substitute — who beat Claudio Bravo with a header from five yards.

Liverpool would have won it in stoppage time but for an acrobatic clearance from Kyle Walker from underneath his own crossbar after chasing down Salah’s header, before Wijnaldum’s miss and Jesus’ successful fifth kick decided the shoot-out to earn City the Community Shield for the second year in a row.