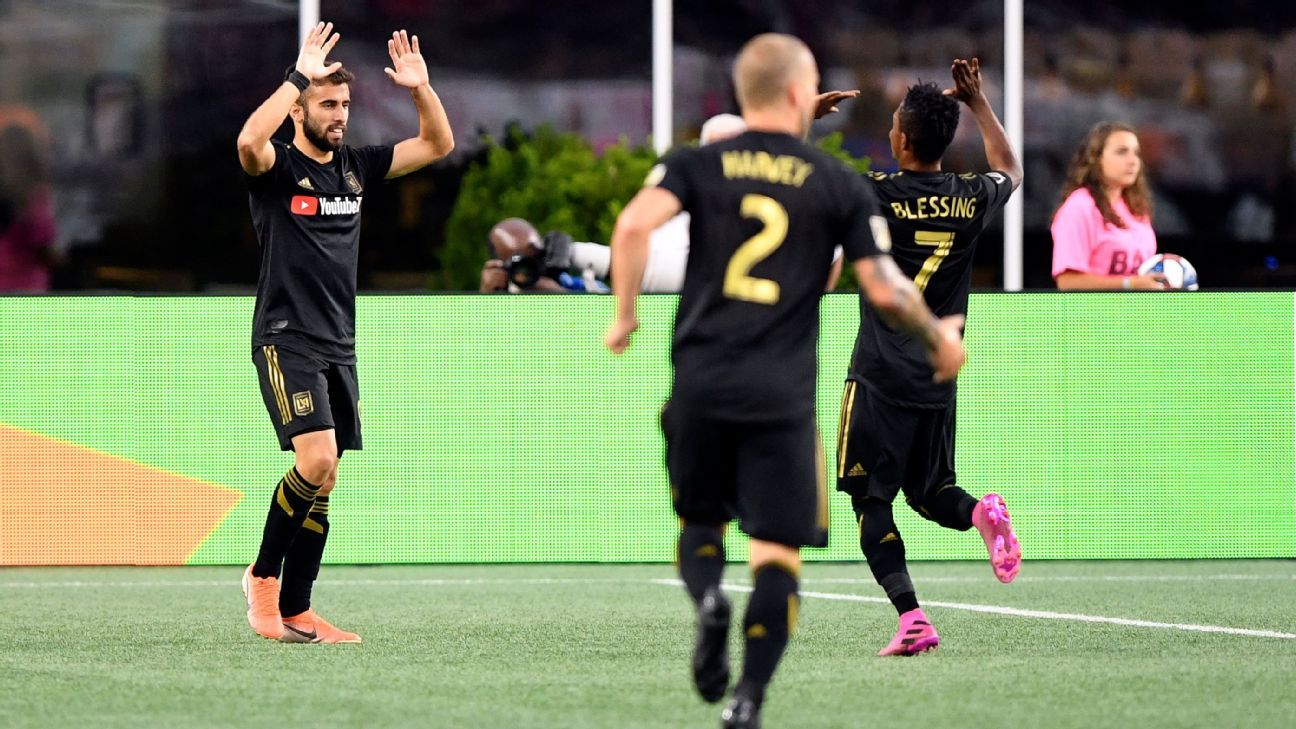 Tyler Miller made one save for his seventh shutout.

New England (9-9-6, 33 points) had seven wins and four ties since May 11 to equal the 2005 single-season franchise record for consecutive games without a loss. The Revolution had a 12-match unbeaten streak spanning from the end of 2004 into ’05.

Revolution coach Bruce Arena fell to 6-1-2 as the replacement for Brad Friedel.

Rossi had an exquisite goal for the lead. He chested an overhead pass from Harvey outside the penalty area to draw goalkeeper Matt Turner off his line, then chipped the ball into the right netting. It was his sixth goal in eight matches and his 13th of the season, one more goal than his 2018 total.

The Revolution did not have a shot on goal among their four attempts in the first half, leaving the biggest cheers for New England defender Andre Farrell preventing a second goal in the 42nd minute.

MLS leading scorer Carlos Vela was denied his 23rd goal when Turner made the save but the rebound trickled behind him. The ball had almost crossed the line when Farrell kicked it away with his left foot.

Vela could not put away an insurance goal in the 54th minute, when Turner made a right-handed save on a skimming strike.

Blessing’s score put the game out of reach. He took a cross from Harvey and calmly deposited his third goal.