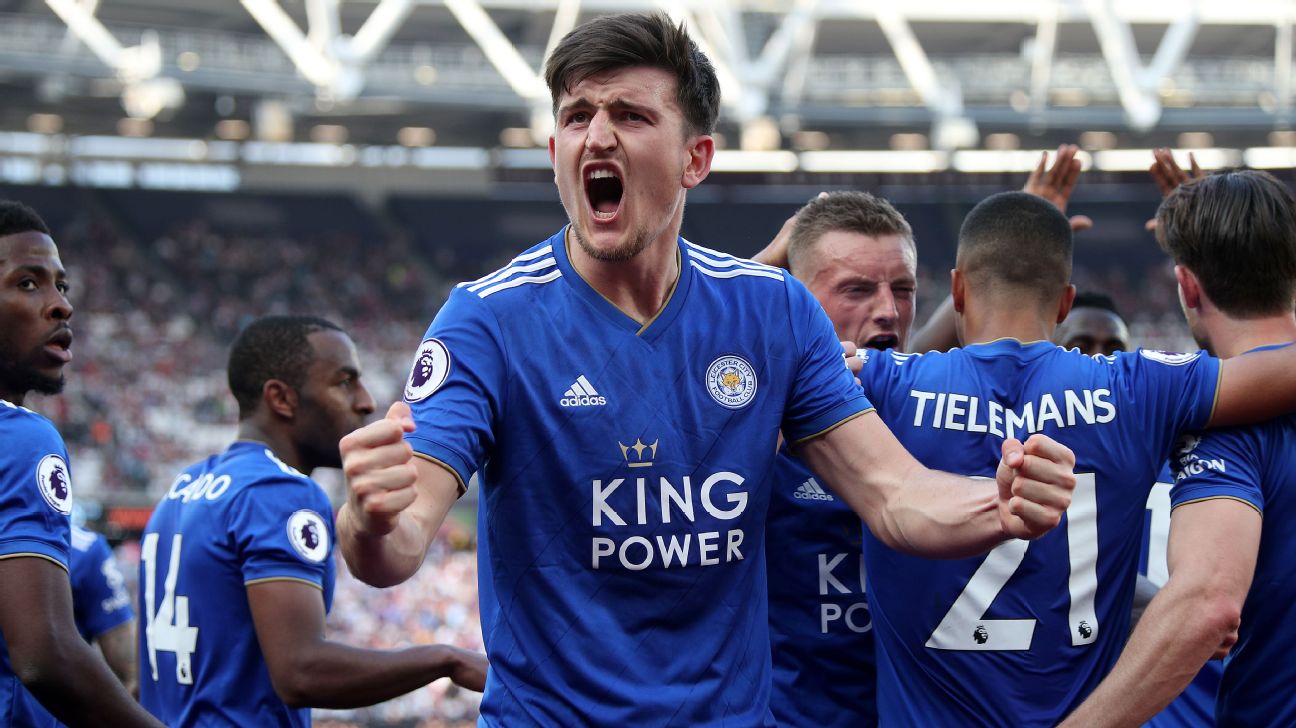 Manchester United are set to sign Harry Maguire after reaching a breakthrough with Leicester on Friday morning, sources have told ESPN FC.

According to the sources, United have agreed a world-record fee for a defender — around £80 million plus add-ons — to pry Maguire away from the King Power Stadium.

The 26-year-old is set to undergo a medical on Saturday before signing a five-year contract in the next few days and will be eligible to make his United debut against Chelsea at Old Trafford on Aug. 11.

Leicester were holding out for a bid of £95m for Maguire before agreeing to a compromise. The record fee for a defender eclipses the £75m Liverpool paid Southampton for Virgil van Dijk in 2018.

It brings to an end more than two months of negotiations and secures Ole Gunnar Solskjaer’s top defensive target. Maguire had feared Leicester were pricing him out of a dream move to Old Trafford, but after making it clear to the club and manager Brendan Rodgers he wanted to leave, United have been able to seal a deal.

Manchester City were also interested but pulled out after being told Leicester’s demands. Maguire was subject to interest from United last summer but agreed to stay at Leicester and signed a new long-term contract in September.

He played 76 games in two seasons at Leicester after arriving for £17m from Hull City in 2017.

Meanwhile, United are still waiting to hear whether Paulo Dybala is open to a move as part of a deal that would see striker Romelu Lukaku join Juventus.

Talks between the two clubs in London have progressed well, but sources have told ESPN FC that Dybala has reservations about moving to Manchester and swapping Champions League football for at least one season in the Europa League.

The Argentina forward has returned to Turin to make a decision about his future.