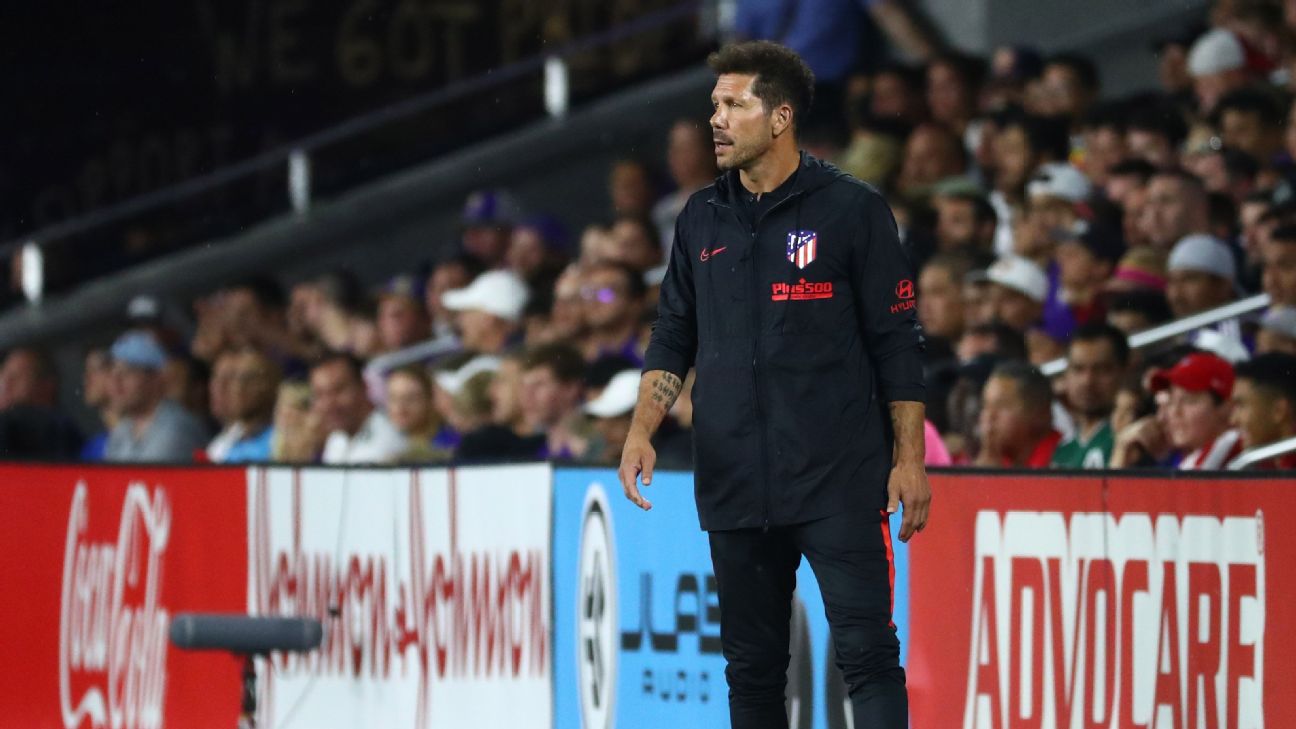 ORLANDO, Fla. — Despite his side beating the MLS All-Stars 3-0 on Wednesday night, Diego Simeone said the Major League Soccer outfit “could have hurt” his Atletico Madrid.

The score line showed a convincing performance from the La Liga outfit, complete with goals from new signings Marcos Llorente and Joao Felix, as well as warhorse Diego Costa. But the All-Stars could have made it a far closer contest, with second-half substitutes Diego Rossi, Pity Martinez, Ezequiel Barco and Bastian Schweinsteiger all coming closer to breaching Los Rojiblancos‘ goal.

Speaking to the media at the post-match news conference from Exploria Stadium, Simeone spoke of the growth of MLS, resulting in an All-Star team that gave his team a closer game than the score suggested.

“In the second half, we saw a dynamic MLS team that could have hurt us,” he said. “The league is growing each day.

“There’s investment in players first, and then in coaches. The league will continue to grow.”

That recognition was acknowledged by All-Star and Orlando City manager James O’Connor, whose playing career spanned more than a decade with Stoke City, West Bromwich Albion, Burnley and Sheffield Wednesday.

O’Connor noted that MLS is not only home to “some of the best players in the world,” there are also an increasing number of young players – both homegrown and imported – who are making a name for themselves, specifically naming Mark-Anthony Kaye, Paxton Pomykal and Ezequiel Barco as three who grabbed his attention during All-Star Week.

“[The All-Star Game is] a chance for some of the young players to test themselves against some of the best players in the world,” he said. “I think for the like of Mark-Anthony, Mark-Anthony’s playing against Joao Felix, who’s [€126 million] … and he did a great job, playing out of position.