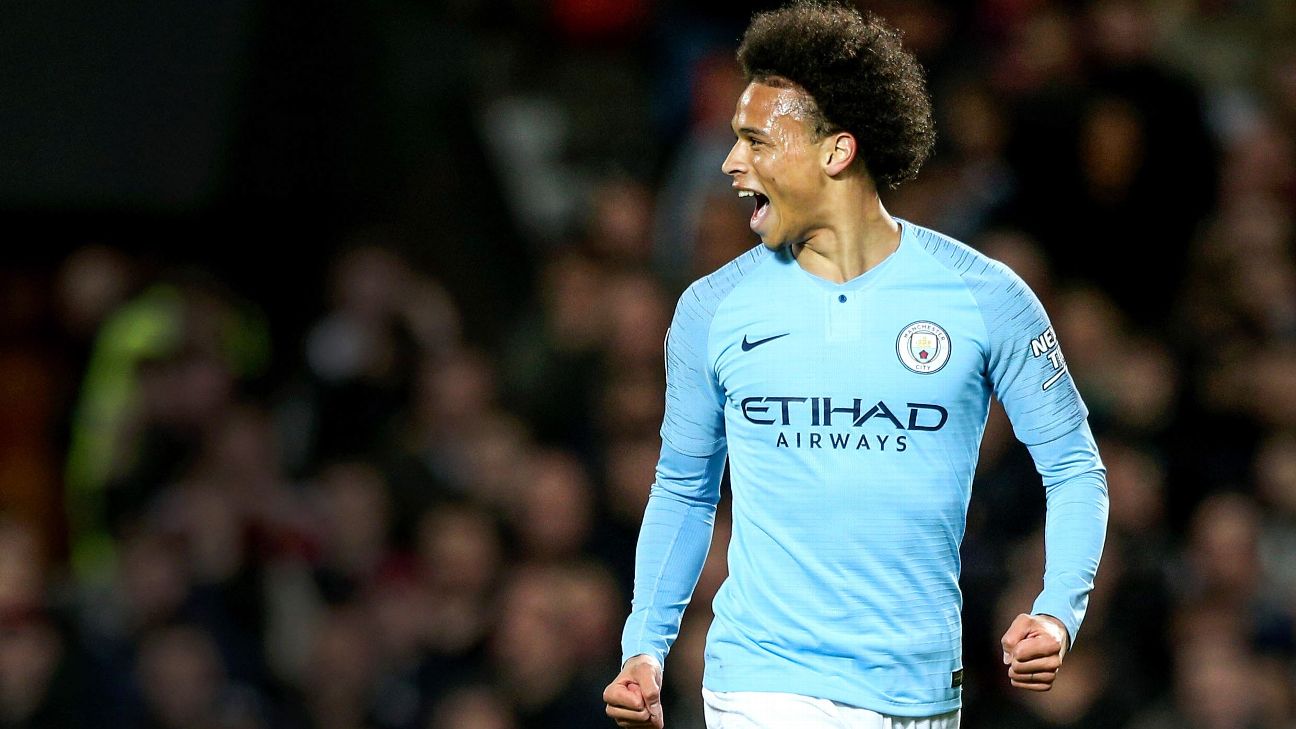 Reports in Germany suggest Bayern are preparing a bid of around £73m for the former Schalke man, but that is set to be swiftly rejected upon arrival at the Etihad Stadium. The report says that according to senior sources, City have neither received any formal bids for Sane, nor had any notification from the player that he wants to leave the Premier League champions.

The development comes following comments from Bayern Munich manager Niko Kovac, who this week said he was “confident” a deal was close. Bayern Munich, though, tweeted that reports in kicker that Sane had committed to Bayern were incorrect, contradicting their manager.

Pep Guardiola remains hopeful that Sane will sign an extension to his City contract, which expires in the summer of 2021, but has said if the Germany international wants to leave, he can.

08.35 BST: Real Madrid are chasing Ajax’s Donny van de Beek as their ‘Plan B’ midfield signing this summer, according to the covers of both Marca and AS on Friday morning.

Madrid have let midfielders Dani Ceballos, Marcos Llorente and Mateo Kovacic leave this summer without yet signing any replacements — with coach Zinedine Zidane wanting to bring in Paul Pogba but Manchester United reluctant to sell a player they value at over £150m.

Both of the Spanish capital’s sports dailies say the difficulty of signing Pogba has led the Bernabeu’s transfer chiefs to turn back to Van de Beek, who impressed in Ajax’s run to the Champions League semifinals last season, knocking out Madrid along the way.

Ajax are asking €60m for van de Beek, say AS, while Marca says Madrid are impressed by the 22-year-old’s mix of physical attributes and goal scoring.

The club announced the move on Thursday in a video with the 36-year-old former Barcelona, Juventus and Paris Saint-Germain defender. Brazilian media reports the deal is valid until the end of the 2022 World Cup in Qatar.

“I could have chosen anywhere to play, but I chose to return to Brazil,” the right-back said.

Spurs steal in on Bruno as United talks stall

Tottenham Hotspur have opened talks with Sporting Lisbon over a deal for Portuguese midfielder Bruno Fernandes, according to The Mirror.

The news comes following reports that talks between Spurs and Real Betis over a deal for Giovani Lo Celso failed to find a breakthrough, and Mauricio Pochettino’s side have now decided to switch their attention to the highly-rated Portugal international Fernandes.

The 24-year-old scored 23 goals for club and country during the 2018-19 season, leading to widespread speculation that he could be set for a move to Manchester United. With Ole Gunnar Solskjaer’s side now prioritizing a move for Leicester City’s Harry Maguire, though, an opening has emerged for Spurs to enter negotiations.

The north Londoners have already added Lyon midfielder Tanguy Ndombele to their ranks, and reports claim a fee of around £45m is required to lure Fernandes to the Champions League runner-up.

Reports in Calciomercato claim Manchester City have offered Brazilian right-back Danilo as a makeweight in a cash-plus-player offer for Juventus counterpart Joao Cancelo.

The Premier League champions baulked at Juve’s €60m valuation of the Portugal international earlier in the summer, but have now returned with an offer that would potentially see 28-year-old Danilo head to the Serie A champions as part of the deal.

Calciomercato claims City value Danilo at around €30 million, although Maurizio Sarri’s Juventus reckon the former Real Madrid man is worth much less than that, so negotiations are set to continue regarding the amount of cash that will change hands in the deal.

Despite a promising start to life in Turin following his move from Valencia last summer, Cancelo has struggled with injuries and form in his maiden season at the club, and is believed to be open to a move to the Premier League.

– After losing out to Arsenal on a deal to bring Lille winger Nicholas Pepe to the club, Napoli have switched their attention to PSV Eindhoven star Hirving Lozano, according to reports at Calciomercato. The Italian publication claims talks between the Serie A runners-up and Lozano’s agent Mino Raiola have intensified in the past few hours.

– Boca Juniors will make a move for Girona’s Cristhian Stuani if they fail with a bid for Tigres striker Andre-Pierre Gignac, according to Marca. Uruguay international Stuani is a wanted man after scoring 40 goals in 62 Girona games, after signing from Middlesbrough in 2017.

– Sky Sports News claims Newcastle United are “very close” to agreeing a deal to bring Nice winger Allan Saint-Maximin to St James’ Park. The 22-year-old is set to cost Steve Bruce’s side an initial £16.5m, with an additional £3.5m being made up in bonuses.