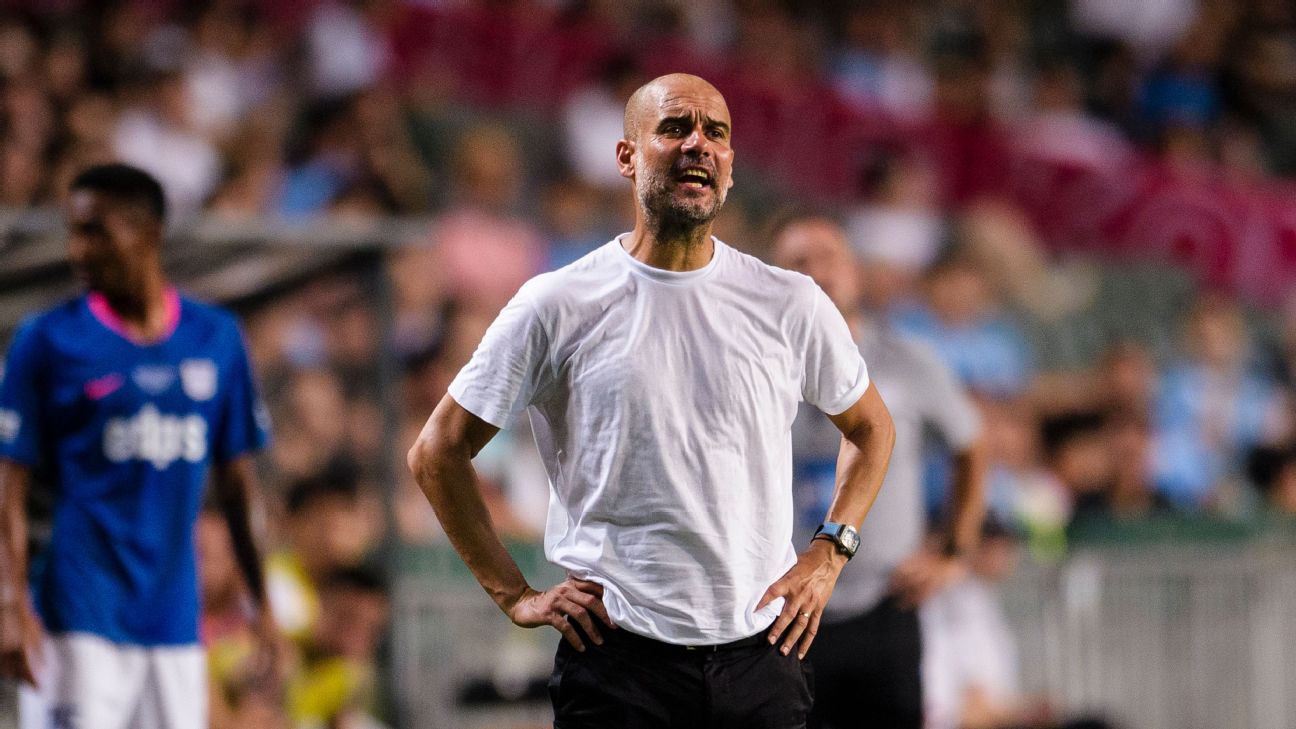 Pep Guardiola has said he is bothered by Liverpool boss Jurgen Klopp’s claim that Manchester City live in “fantasia land” in the transfer window.

City broke their club transfer record this summer with the signing of midfielder Rodri from Atletico Madrid for €70 million.

Klopp said his side were unable to match City’s spending power but Guardiola rejected this speaking ahead of the Community Shield clash on Sunday.

“It bothers me because it’s not true that we spend hundreds of millions every transfer window,” he said at a news conference.

“It’s Liverpool, ‘You’ll Never Walk Alone’. It’s not a small team. It’s Liverpool. Of course I don’t like it because it’s not true. Last season we spent £17m — one seven — on just one player.

“We cannot spend £200m every season. That is the reality. Other managers can say what they say but I can only say that is not true.”

“Saying us, PSG, Real Madrid and Barcelona always invest £200m is not correct.”

Guardiola also said forward Leroy Sane is not close to the signing a contract extension but insisted they want the player to remain at the club.

“We want him to stay here, that’s why we offered him a contract,” Guardiola added. “We were quite close a few months ago, but now it is a little bit different.”

Bayern Munich are interested in signing Sane this summer and boss Niko Kovac was forced to apologise after saying the Bundesliga club were close to completing a deal.

Guardiola added that Fernandinho is the only player not in the squad for the curtain-raiser against Liverpool at Wembley.

Benjamin Mendy has returned to training and Guardiola said he will be back next week.