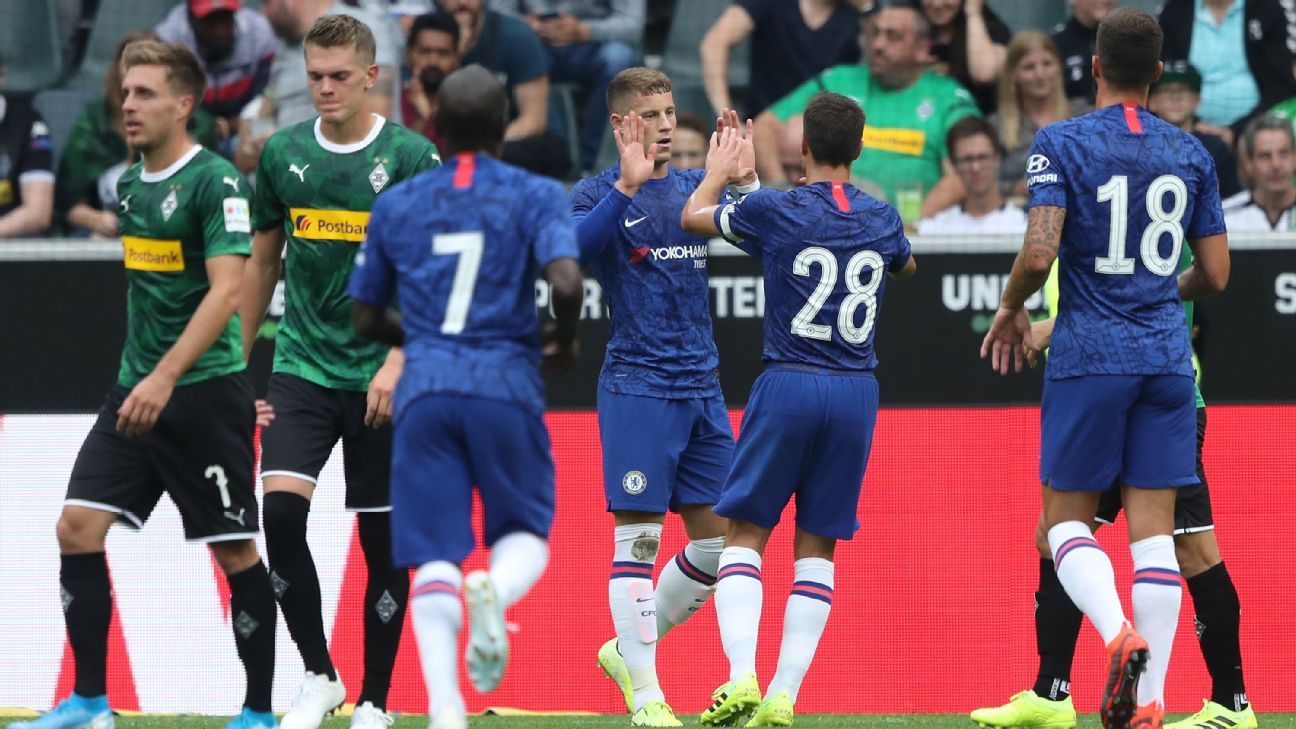 Chelsea fought back from two goals down to earn a 2-2 draw against Borussia Monchengladbach thanks to goals from Tammy Abraham and Ross Barkley.

Gladbach stormed into a two-goal lead through goals from Alassane Plea on 13 minutes and Jonas Hofmann on 39 minutes.

But Abraham gave Frank Lampard‘s side hope just before the hour mark from the penalty spot.