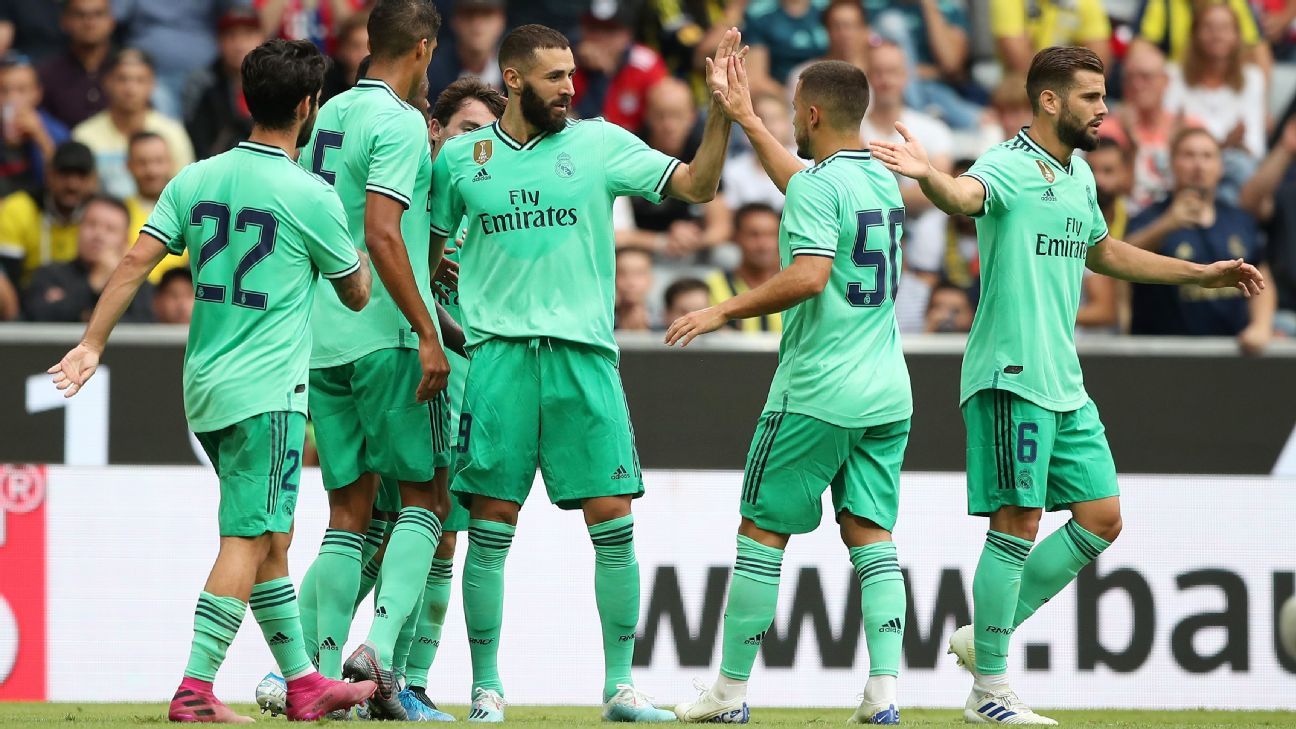 Benzema was the bright spot in Madrid’s win with an excellently taken treble, but Fenerbahce did regularly find gaps in the Los Blancos rearguard and goals from Garry Rodrigues, Nabil Dirar and Ozan Tufan kept the drama levels high at the Allianz Arena, before Madrid defender Nacho Fernandez and substitute Mariano Diaz provided decisive late goals.

A shaky looking Madrid were behind inside six minutes when Cape Verde international Rodrigues got in easily down the left side of the defence, and his 20-yard shot lacked power but still beat goalkeeper Keylor Navas. Zinedine Zidane’s side were quickly level when Mexico international centre-back Diego Reyes did not cut out Vinicius Junior‘s cross and Benzema finished calmly from 10 yards.

The French centre-forward, clearly the game’s classiest player, headed in Toni Kroos’ clipped free kick to put his team into a lead for the first time in their five preseason matches. Almost immediately though Madrid’s defence was opened up again and Moroccan midfielder Dirar’s shot hit Alvaro Odriozola and looped over Navas to the net and the teams were level at the break.

Lucas Vazquez was among Zidane’s three half-time substitutes, and the winger’s excellent cross soon picked out the unmarked Benzema for a straightforward back post header for 3-2. The drama continued when Fener midfielder Tufan was given space to shoot 30 yards out, and he curled the ball to the top corner.

As both managers emptied their benches, the game could have gone either way — but first Nacho and then Mariano reacted quickly to smash home rebounds and ensure some relief for Zidane after what has been a tough summer so far.