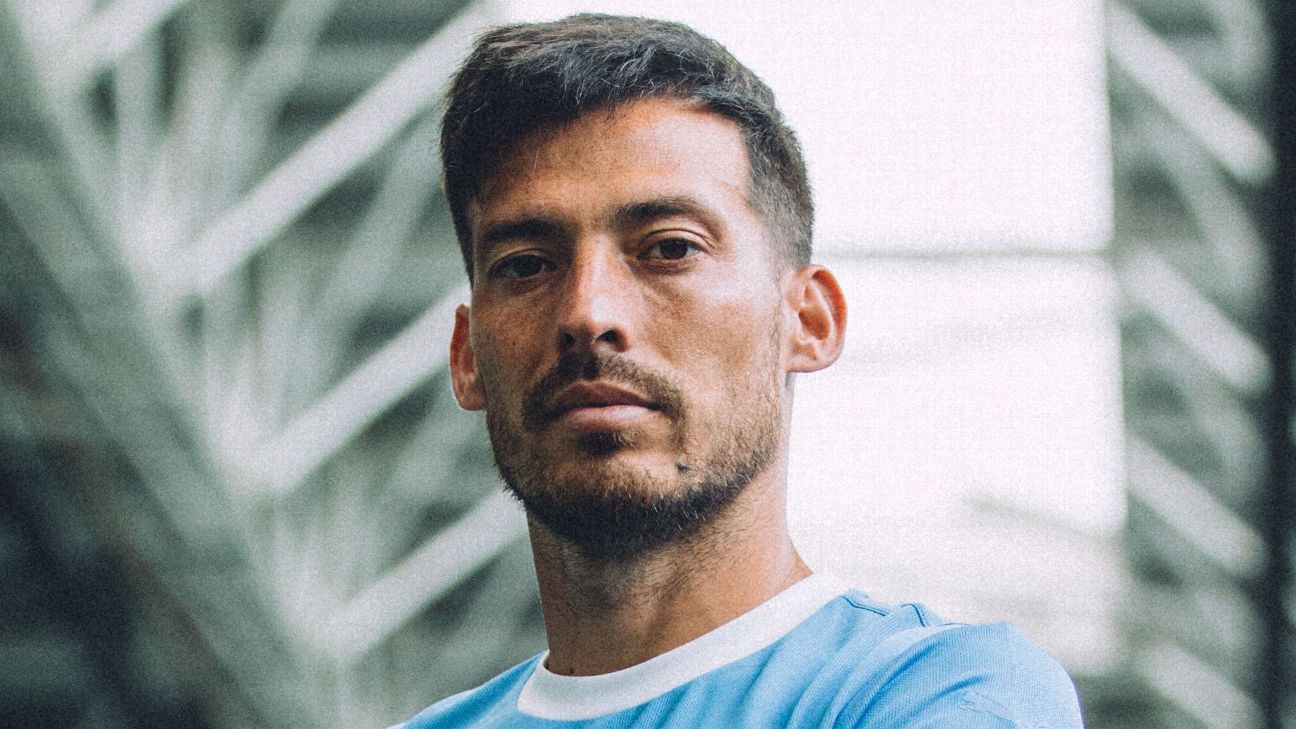 Inspired by our history, with specific design elements voted for by the City fans 💙

Can’t wait to see it in action on Sunday! 😍

Premier League champions Manchester City are celebrating their 125th anniversary this year and to mark the occasion the club have released a very special retro kit.

What’s more, Pep Guardiola’s side will wear the “1894” strip when they face Liverpool in the Community Shield at Wembley this coming Sunday.

The authentic shirt, which is completely free of any sponsorship, will be available in a limited run of 1,894 individually numbered sets, with replicas also available in all sizes.

A further detail of note is that the inside of the shirt neck also contains a printed copy of the very document that was signed to confirm City’s incorporation as a football club over a century ago.

– Who wins Prem vs. Europe All-Star game?
– McTominay joins Messi on cover of PES2020
– How have PL-winning captains done as coaches?

Proud moment to walk out with the team yesterday as the club mascot 😄😂 pic.twitter.com/sj0tmhY9PO

Manchester United were seemingly joined by a familiar-looking mascot as the team lined up ahead of their friendly against Kristiansund in Norway earlier this week.

As the shortest member of the team by some distance, baby-faced winger Daniel James looked every inch the over-excited player escort as United went through the motions before kick-off.

Thankfully, the diminutive Welshman, signed from Swansea City back in June, was able to laugh at himself and his comparative lack of stature.

United went on to beat Ole Gunnar Solskjaer’s hometown club by a single goal, with a last-minute Juan Mata penalty proving the only difference between the two sides.

After failing in their previous 73 games, Fort William finally ended their 840-day wait for a victory by thrashing Nairn in the first round of the North of Scotland Cup.

The Fort had previously gone four full seasons without managing to win a single game, so we can forgive them boasting about their brand new record in the aftermath of last night’s miraculous turn of events.

It just goes to show that in sport no matter how bleak things look, there is always hope.