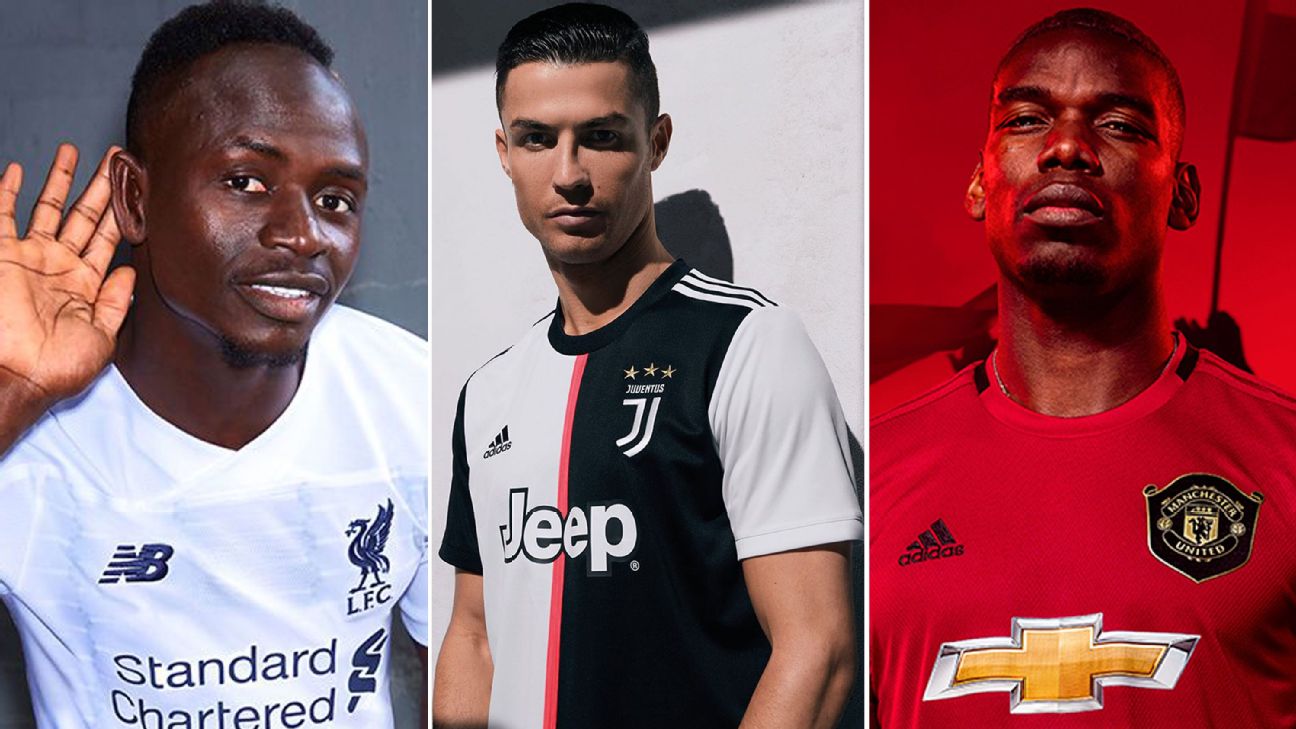 The new European season is almost upon us once more, a time of year that is like Christmas for football kit aficionados.

All of the continent’s biggest clubs have released their new home, away and (in some cases) third strips for the 2019-20 campaign and there are plenty to admire.

– ESPN fantasy soccer: Sign up now!
– Man City vs. Liverpool: When is the Community Shield?
– Liverpool vs. Chelsea: When is the UEFA Super Cup?

Whether it’s Arsenal’s wonderfully retro offerings, Inter Milan’s intriguing twist on an iconic classic, unorthodox tones like “savannah” from Manchester United and Paris Saint-Germain’s “infrared,” or whatever Manchester City are calling their multicoloured third kit, there is something for everyone.

Take a look at all of the new shirts below, and then vote on which club has the best set in our poll.

Whichever kits you like, chances are that they are a lot nicer than some of the awful prematch kits that players are forced to wear during the warm-up.