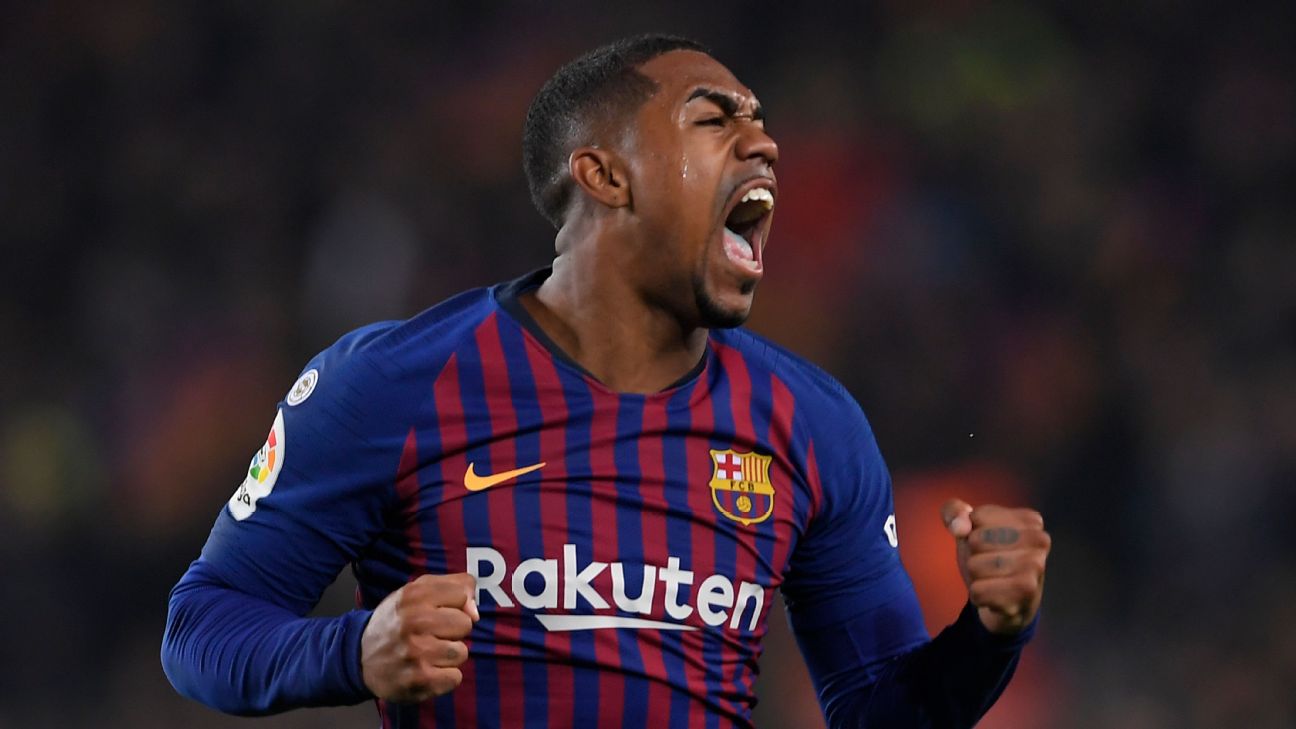 By Moises Llorens and Sam Marsden

Barcelona are finalising a deal to send Brazilian forward Malcom to Russian club Zenit Saint Petersburg for €40 million deal that could include €5-10m in add-ons, sources have told ESPN FC.

Malcom, who joined from Bordeaux last summer on a €40m deal, is out of the picture at Camp Nou, and the Catalan giants are keen to recoup some of the money they’ve spent in the current transfer window.

Everton had also been keen on bringing the man from Sao Paulo to the Premier League but sources said Malcom has already agreed on the move to the Russian league champions.

The move would be the latest drama in the 22-year-old’s club career. Bordeaux and Roma had publically annouced Malcom’s transfer to the Italian side last summer before Barcelona made their late swoop.

Malcom scored just four goals across 24 appearances for Barcelona during the 2018-19 season.