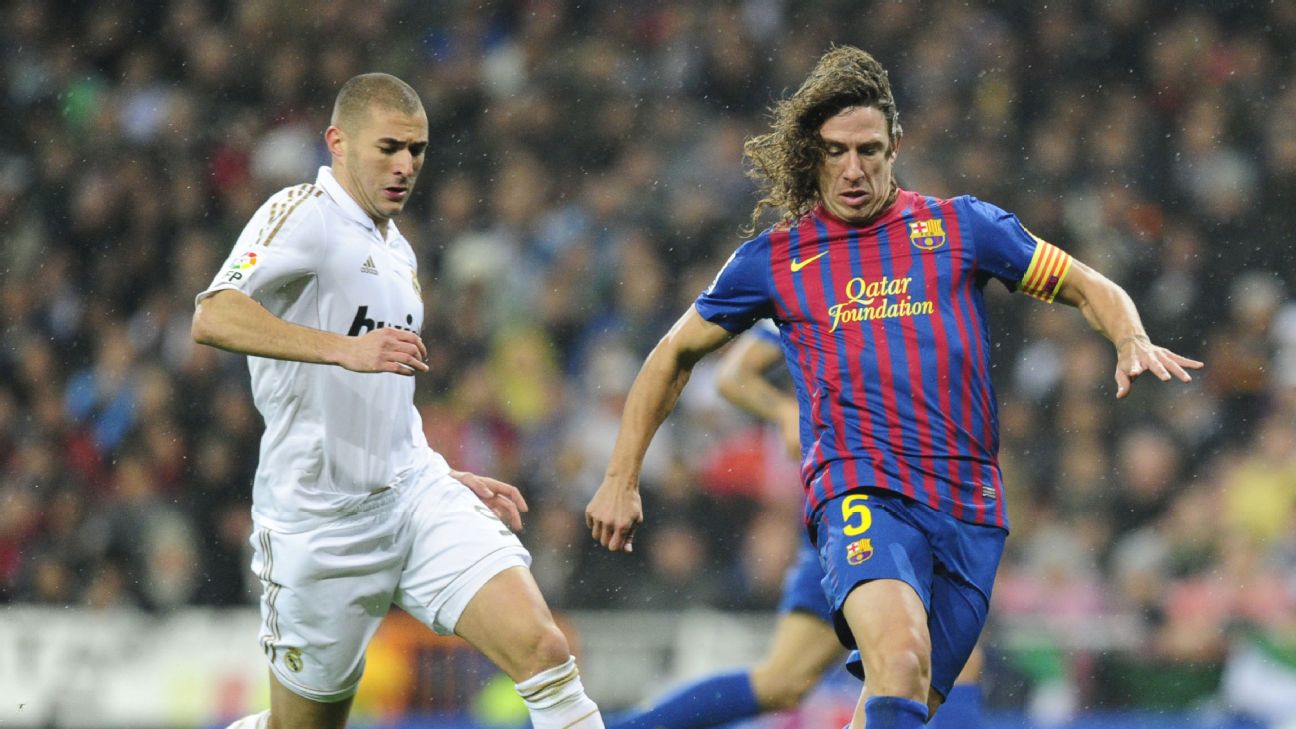 Former Barcelona defender Carles Puyol ​​has revealed he twice turned down the opportunity to sign for Real Madrid during his time at Camp Nou.

Los Blancos first approached the Barca legend following his impressive performance against Luis Figo in El Clasico in the 2001-02 campaign.

He had a second chance to move to the Santiago Bernabeu a few years later when former Madrid manager, Jose Antonio Camacho, asked president Florentino Perez to sign him and Ronaldinho.

Puyol, who was also linked with AC Milan, rejected both chances and instead continued at Camp Nou to become one of the few players to remain at the same club throughout his career.

“They tried to sign me on those two occasions, but I was at the best club in the world and wanted to win titles there,” Puyol said during an interview with TV3. ”So I stayed.

“The first time was in the season following my marking on Luis Figo. [The second was when] Real Madrid appointed [Jose Antonio] Camacho as their new coach and he wanted me and Ronaldinho.”

Puyol ended up winning six La Liga titles and the Champions League three times during 15 seasons at Barca and, following his retirement in 2014, he continued to be linked to the club for another year as an assistant to former sports director Andoni Zubizarreta.

In 2015, after the dismissal of Zubizarreta, Puyol also left Camp Nou but since then there has been talk that the former captain could return to lead the team along with other legends such as Gerard Piqué or Xavi Hernandez.

“Can you imagine Pique as president, Xavi as manager and me as sporting director?” Puyol said when asked about that possibility. “Do you think we will do it well?”

In fact, Puyol’s potential return to the club might not be too unrealistic as different sources have told ESPN FC that club officials recently approached him offering a position in the new sports organisation.

Mundo Deportivo reports that president Josep Maria Bartomeu wants Puyol to become the new football director of the team less than a week after Pep Segura had his contract terminated.

Barcelona recently also confirmed the return of former player Patrick Kluivert as director of youth football and Victor Valdes as manager of the club’s under-19 team.

Sources have told ESPN FC that Puyol is yet to give Barca a response but, if he accepts the offer he would work alongside technical secretary Eric Abidal, with whom he won the 2011 Champions League against Manchester United, and with his friend Ramon Planes, who works as assistant to the technical secretary.