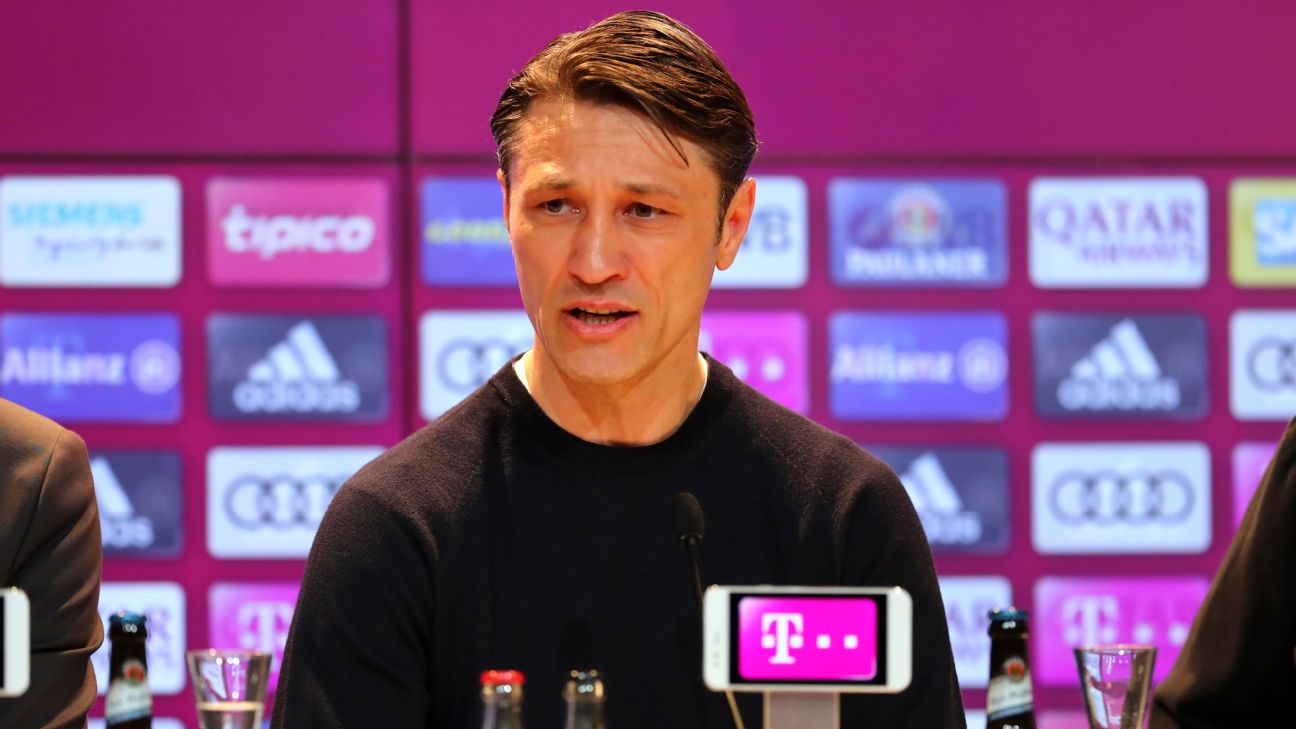 City winger Sane is a known transfer target for Bayern and, speaking earlier this week, Kovac had said he was “confident” the Bundesliga champions would be able to secure a deal for the Germany international.

Rummenigge was critical of the comments and, following Bayern’s 6-1 win over Fenerbahce in the Audi Cup, Kovac apologised.

“I might have been a bit too outspoken,” Kovac told German broadcaster ZDF following the 6-1 Audi Cup win over Fenerbahce. “I’ve already contacted Pep.

“I have explained the situation to him. I have apologised because, of course, I know that [Sane] is a City player. I’d like to think that’s it. Pep took my point and the world will keep on turning.”

“I not only want to apologise to Pep, but also to the club.”

Despite being publicly rebuked by Rummenigge, Kovac said everything he said was true.

“I always tell the truth,” he added. “What I said, stands. It’s verified.”

Earlier this week, Kovac told ZDF he was confident Bayern Munich would be able to secure Leroy Sane’s signature during the ongoing transfer period.

Bayern are looking to reinforce their wings following the departures of Franck Ribery and Arjen Robben, and Sane has been identified as someone who could become the new face of the club.

While Bayern’s management refused to comment on the situation surrounding a possible Sane transfer, Kovac was brought into line by the club following his comments at the weekend.

“A few comments were made which were not good. We’ll do that better from now on,” Bayern sporting director Hasan Salihmidzic said Tuesday. “It is about respecting the club, the owner, the CEO and the coach [Pep Guardiola] who also worked here in the past.”

He added: “We must apologise to Manchester City.”

Rummenigge also lashed out at Kovac in public, telling ZDF ahead of the Fenerbahce match he was not pleased to hear the coach’s comments.

“I did not like that statement,” Rummenigge said. “I make no secret of it.

Neymar, Danilo returns have Brazil dancing into World Cup quarterfinals with win vs. S. Korea
USMNT out of up after rounWorld Cd of 16 loss
Portugal boss defends Ronaldo: Leave him alone
England beat Senegal to set up clash with France
Follow live: England face Senegal in round of 16 World Cup clash