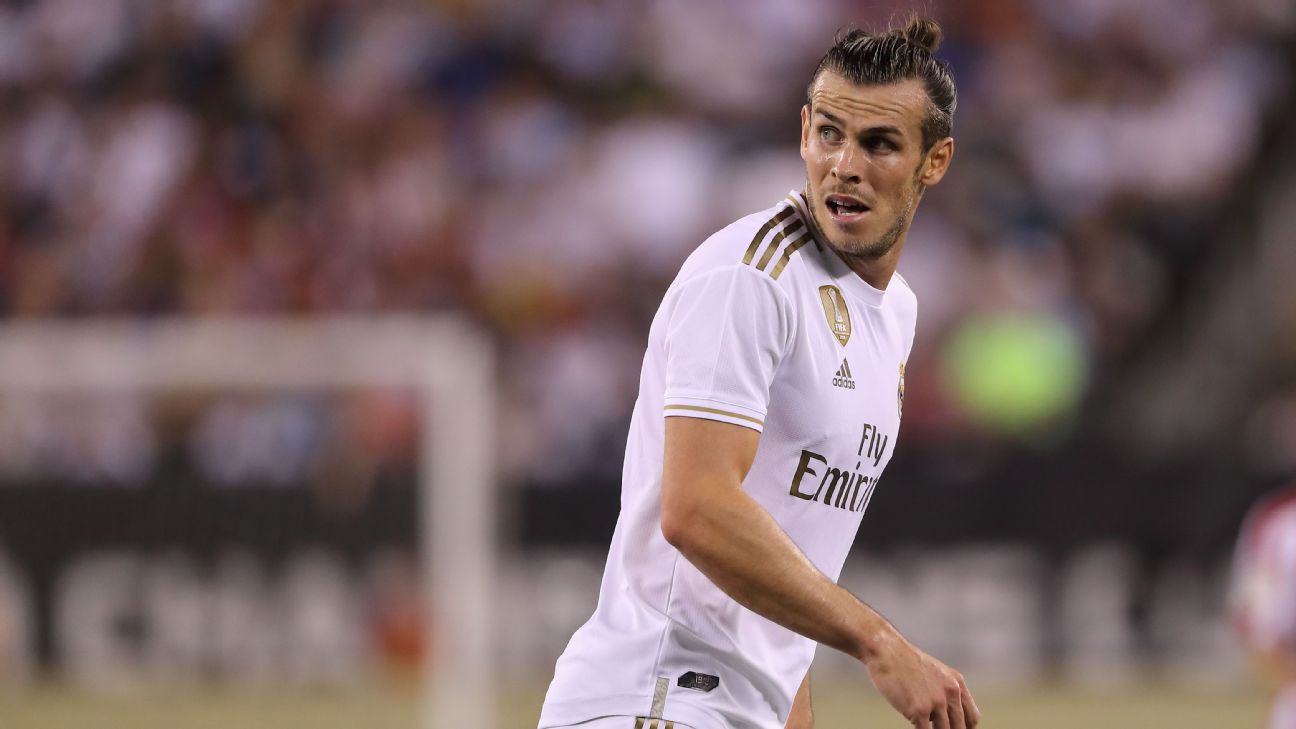 Real Madrid duo Gareth Bale and James Rodriguez have not travelled with the team for this week’s Audi Cup games in Munich, amid speculation over their futures at the Bernabeu.

Madrid face Tottenham at the Allianz Arena in Tuesday’s first semifinal, and will also play either hosts Bayern Munich or Fenerbahce in the final or third place playoff on Wednesday.

Zinedine Zidane’s players flew to Germany on Monday, with neither Bale, 30, nor James, 28, on the plane.

Bale’s agent Jonathan Barnett has told ESPN FC that his client had been set to join Chinese Super League side Jiangsu Suning, but the move broke down because Real Madrid “changed their minds” on allowing the Wales international to leave on a free transfer.

The winger then did not train with the squad on Monday due to an unspecified fitness issue, and subsequently was not named in the travelling party.

James, having come back to Madrid after a two-year loan this summer, had been widely expected to be sold to city rivals Atletico Madrid.

However, sources have told ESPN FC that a serious injury to Marco Asensio, and the fallout from the 7-3 defeat to Atletico in the International Champions Cup, have led the Bernabeu hierarchy to decide they want to keep James at the Bernabeu.

Having played with Colombia at this summer’s Copa America, James only returned to preseason training on Monday, so has remained in the Spanish capital to work on his fitness while the team are in Germany.