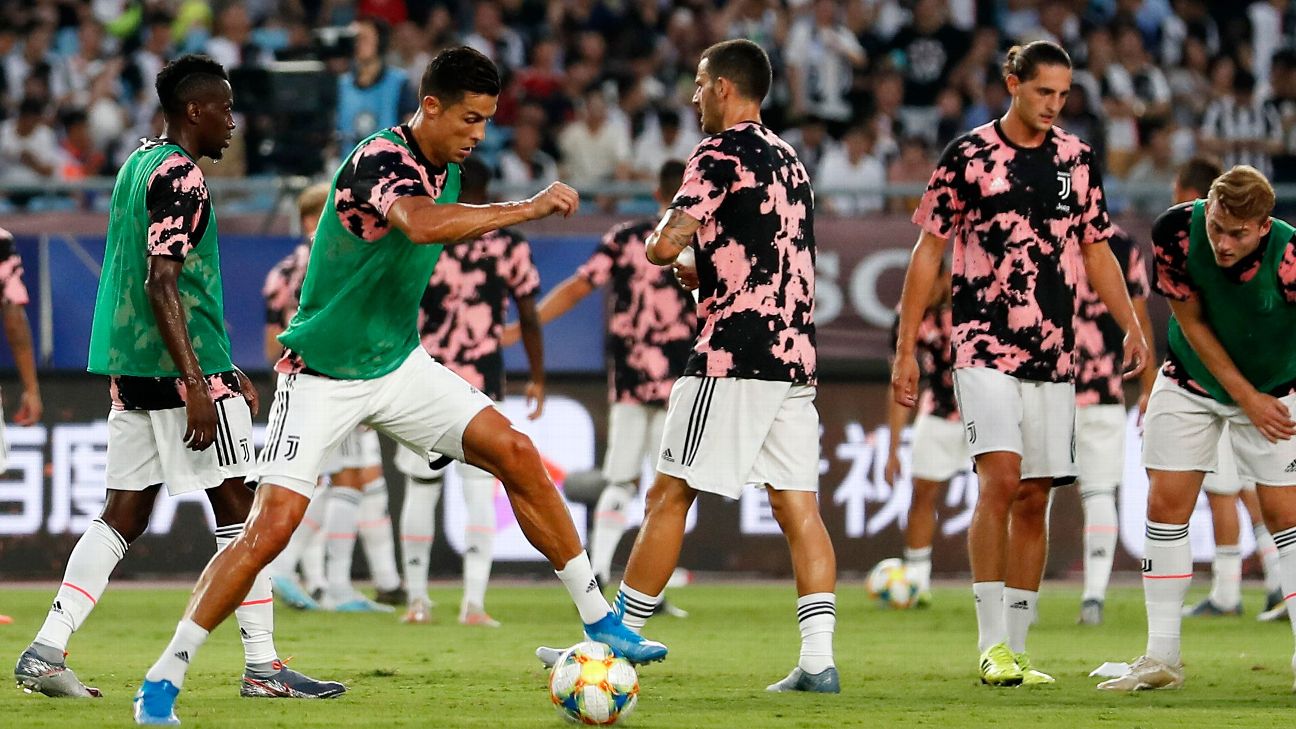 As the International Champions Cup and other preseason fixtures continue, and with the new European club season just around the corner, clubs have had plenty of time to unveil their new kits and play in them for the first time.

But while some of those box-fresh uniforms are rightly panned by fans on social media (yes, Manchester City third kit, we’re looking at you), the truly heinous kit crimes slip unpunished under the radar: warm-up kits

They are rarely seen on live match broadcasts unless you are glued to the screen during the prematch build-up. They are not worn during training sessions in between matchdays, and so are not broadcast twice an hour on rolling sports news channels. And they are hardly ever worn by the average fan during their regular game of five-a-side, unless they happen to be the most ardent kit completest with more money than sense (the Juventus one, for example, will set you back €59.95/$69.50).

That allows manufacturers to get away with unleashing sartorial atrocities, such as these below, upon an unsuspecting world.

Let’s hope that clubs and manufacturers may finally see the light and realise they have gone too far this time.