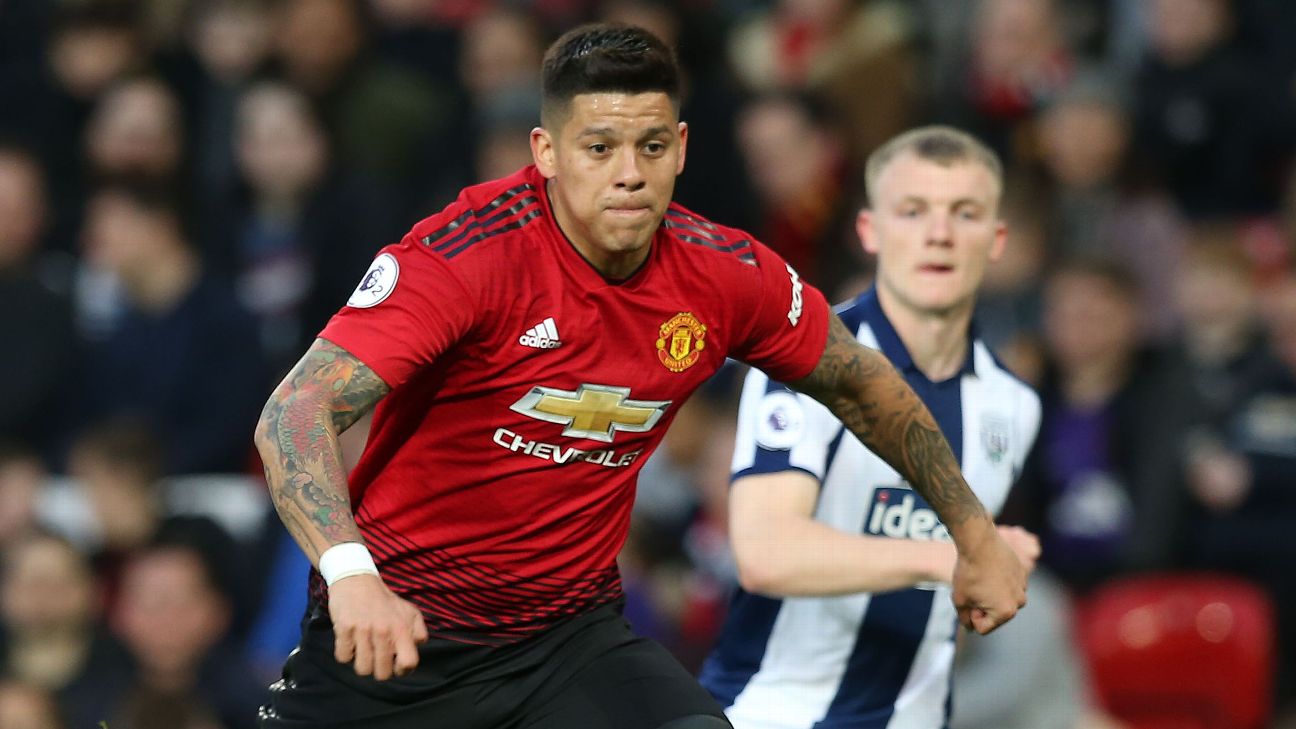 Marcos Rojo will consider a move away from Manchester United if he believes first team opportunities at Old Trafford will be limited next season, sources have told ESPN FC.

Rojo impressed head coach Ole Gunnar Solskjaer in training during the tour of Australia and the Far East, and after playing the first 45 minutes of the victory over Tottenham in Shanghai, the Man United manager said the defender had “taken his chance.”

Rojo, who has three years left on his contract, will consider his future if he believes he has fallen down the pecking order and can play more games by securing a move elsewhere. Sources have told ESPN FC there is interest from teams in Italy, France and Spain.

The Argentina international played 95 games in his first three seasons at Old Trafford following a £16 million move from Sporting Lisbon in 2014 but a combination of injuries and competition for places has meant he has featured in just 14 Premier League games since the beginning of the 2017-18 season.

United have until Aug. 8 to sign players but can sell until Sept. 2 when the transfer window closes in Italy, Spain, France and Germany.

Rojo has been included in the 26-man squad which travelled to Oslo on Monday ahead of a friendly against Solskjaer’s hometown team Kristiansund on Tuesday.

Romelu Lukaku, who is keen on a move to Inter Milan and has not made an appearance this summer because of an ankle injury, has been left out along with defender Matteo Darmian.

Meanwhile, sources have told ESPN FC that United are becoming irritated by reports in Portugal that they have agreed a deal for Sporting Lisbon midfielder Bruno Fernandes.

United have expressed an interest in the Portugal midfielder, who scored 31 goals in 50 games last season, but have not submitted a formal offer.

US: Missed chances, experience gap costly in loss
Messi: Relief, not celebration, after 1,000th game
You can’t go deep in a World Cup if you can’t score goals; the USA were doomed
Juve president Agnelli, board resign en masse
CT U21 NICOLATO IN VISITA AL MAPEI