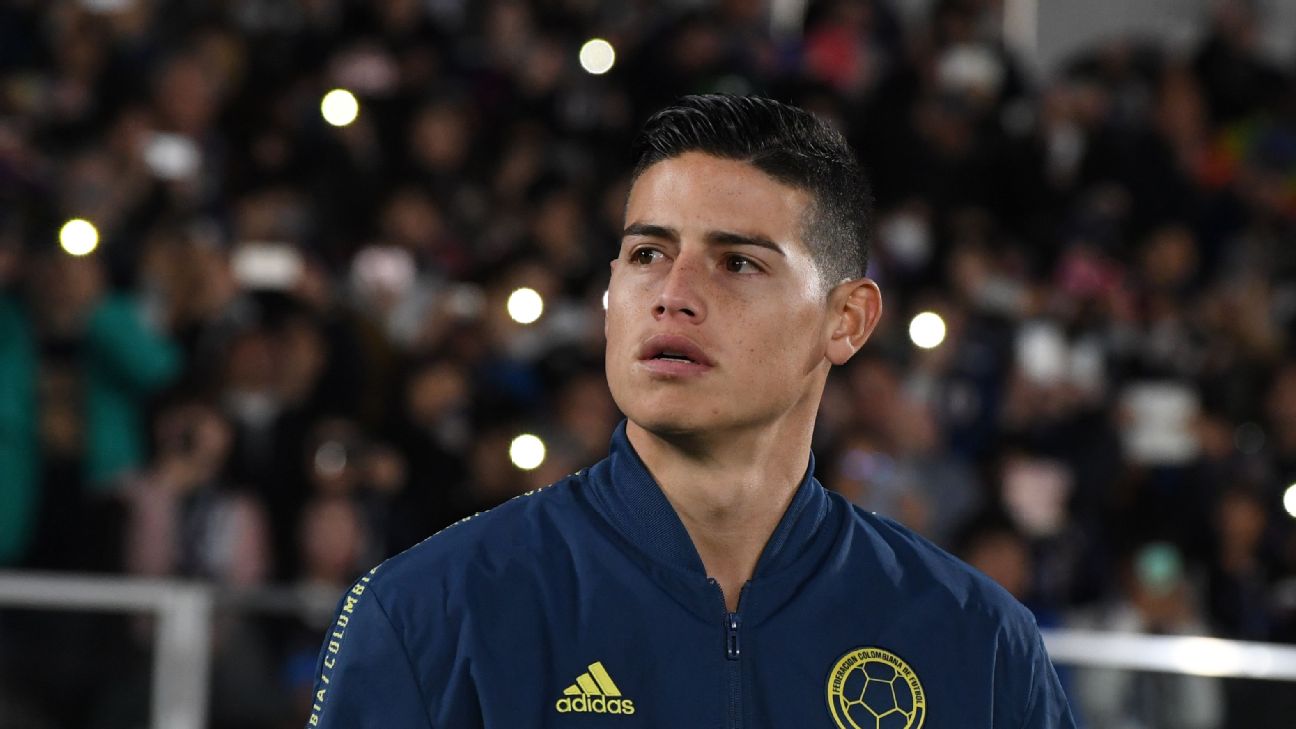 Real Madrid have told James Rodriguez he can stay at the Bernabeu next season, a source has confirmed to ESPN FC.

Coming back to Madrid this summer after a two-year loan, James — who Real signed for €80 million in 2014 — had been widely expected to move on immediately, given his previously rocky relationship with Los Blancos coach Zinedine Zidane.

Atletico Madrid had hoped to do a deal to bring in the 28-year-old Colombia international, while Napoli coach Carlo Ancelotti has also spoken regularly about how he would like to work again with a player he coached at both Madrid and Bayern.

However, the source says James was told, on his return to preseason training following his post-Copa America holidays, that a recent chain of events meant that Madrid were counting on him for 2019-20.

James trained at Madrid’s Valdebebas facility on Monday — his first session under Zidane since being left out of the match squad completely for the 2017 Champions League final in Cardiff.

Sources have told ESPN FC that James would prefer to keep living in Madrid. Rojiblanco CEO Miguel Angel Gil Marin said on ESPN Deportes last week that many at the Wanda Metropolitano would welcome that idea, however the final decision would be made by Real’s Perez.

Napoli president Aurelio De Laurentiis said earlier this month that “James wants to play for Napoli, but Madrid are asking for too much money.”

James’ situation is quite similar to that of Gareth Bale — another big name player who Zidane would prefer leave from the club amid sweeping squad changes.

Bale did not take part in training with his teammates on Monday, as the Wales international’s agent Jonathan Barnett told ESPN FC that Madrid had “changed their minds” over allowing his client to move to China on a free transfer.

Should both James and Bale stay at the club for the coming season, it will be difficult for Madrid to raise the funds required to sign Manchester United’s Paul Pogba, who is Zidane’s primary remaining transfer this summer.

Bale was left off the list by Zidane to play in the Audi Cup.