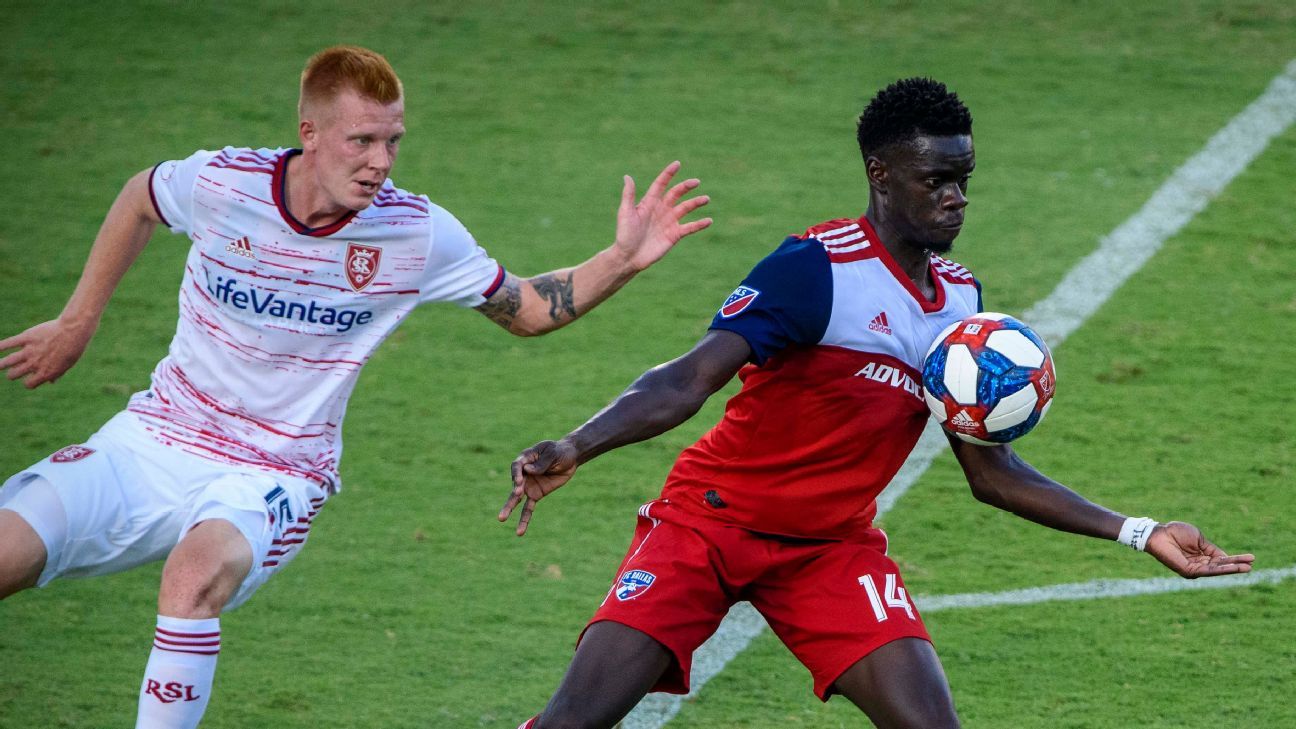 Real Salt Lake missed a chance to move ahead of FC Dallas and pick up some breathing room in the Western Conference standings, settling for a scoreless draw despite forcing five saves on Saturday night in Frisco, Texas.

Goalkeeper Jesse Gonzalez was the hero for FC Dallas, facing 17 shots and making the five saves for the home team, compared to 10 shots taken by Dallas.

“Jesse is always ready,” FC Dallas coach Luchi Gonzalez said. “The point is positive but it’s disappointing. We want to push to win.”

Real Salt Lake had better quality chances in the first half, forcing Gonzalez to make four saves in the first 45 minutes. The best of those came in first-half stoppage time, when Gonzalez leaped to bat away Marcelo Silva‘s glancing header from the center of the box.

The second half saw FC Dallas pick things up on offense, but RSL goalkeeper Nick Rimando — in his last regular-season game against FC Dallas — was up to the task with a pair of saves.

Rimando, who announced he would retire after the season, his 20th in MLS, received a pair of cowboy boots and a black hat as a farewell gift from FC Dallas.

Real Salt Lake was without head coach Mike Petke on the bench, suspended hours before Saturday’s match by the league pending an investigation into his conduct after RSL’s 1-0 loss to Tigres UANL in the Leagues Cup earlier in the week.

With the draw and the Houston Dynamo’s loss to the Seattle Sounders on Saturday, both FCD (9-8-6, 33 points) and RSL (9-9-4, 31 points) remained in the West’s final two playoff spots, sixth and seventh, respectively.

US: Missed chances, experience gap costly in loss
Spain: ‘Nothing to celebrate’ despite WC progress
Qatari official puts WC deaths at 400-500
USMNT: Sargent, Carter-Vickers in vs. Iran
Szczesny: I lost €100 bet with Messi over pen