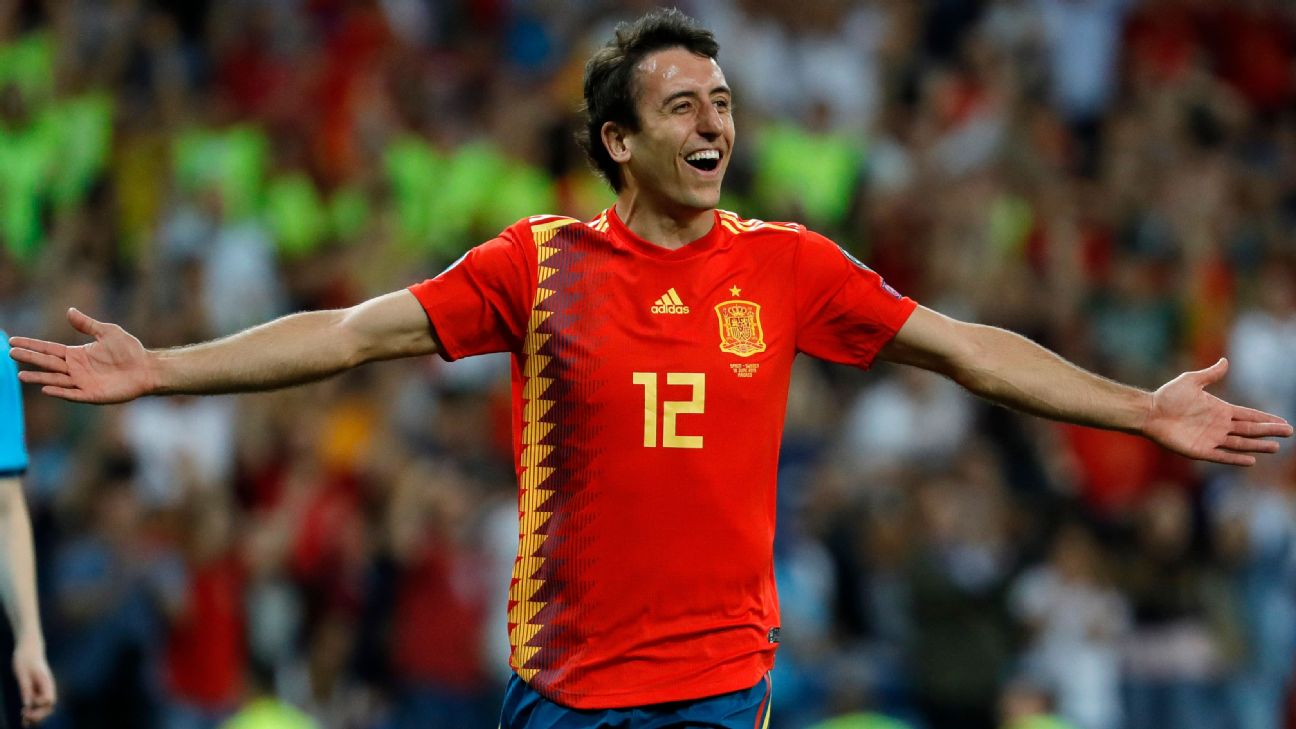 Manchester City will move to trigger Real Sociedad forward Mikel Oyarzabal‘s €75m release clause, if they sell Leroy Sane to Bayern Munich, according to AS.

Oyarzabal, 22, scored a cracker for Spain’s senior side in a 3-0 Euro 2020 qualifier win against Sweden June, then shone as La Roja‘s U21s won this summer’s European Championship in Italy.

City manager Pep Guardiola has chosen the direct and powerful Basque player as the best replacement for Sane should the Germany international leave, and the Premier League side could offer a big salary rise.

However it remains possible that La Real will themselves look to keep him by improving significantly a current contract which was agreed last summer when Athletic Bilbao tried to tempt the Eibar born player to San Mames.

Bayern boss Niko Kovac told German broadcaster ZDF at the weekend that the Bundesliga champions are optimistic over sealing a deal for Sane.

“Our club management is very committed behind it and I’m very confident,” the 47-year-old coach said. “I assume that we can get it.

“Leroy is a great footballer who has proved that in England and with the national team.”

08.00 BST: Mathias Pogba has denied that he has joined Spanish fourth tier side Manchego Ciudad Real as his brother Paul Pogba is about to sign for Real Madrid from Manchester United.

The signing of former Celta Vigo youth-team player Mathias, 28, was announced by Ciudad Real on Sunday, prompting speculation that he was returning to Spain so as to be nearby when his World Cup 2018-winning brother Paul completes a big money move from Old Trafford to the Bernabeu. Ciudad Real is about two hours by car from the Bernabeu.

However the striker told AS on arrival at Madrid’s Barajas airport that this was not necessarily the case.

“We can do nothing about rumours,” Pogba said. “I am here because I am here, not because my brother could be coming. Mathias Pogba wants to be here.”

If Kieran Tierney does leave Celtic this summer, it won’t be for Napoli, as Carlo Ancelotti has ruled out a move for the left-back, BBC Scotland reports.

“Honestly, I’m not interested in signing him,” Ancelotti said. “We have two good left-backs, so good luck to Tierney.”

That might be music to the ears of Unai Emery, as Arsenal have targeted Tierney for weeks. However, the Gunners’ most recent bid of £25 million was deemed too low by the Scottish club.

Idrissa Gueye is on the verge of becoming a Paris Saint-Germain player, as the French club prepare for his medical, according to Sky Sports.

The Ligue 1 champions have had a long-standing interest in the Everton midfielder, stretching back to January, and are now ready to offer £28 million for his services.

Gueye made no secret of his intentions to leave Goodison Park when he handed in a transfer request in the winter window. The Toffees rejected PSG’s bid of £21.5 million but have since signed Fabian Delph from Manchester City, clearing a path for the Parisian club to finally get their man.

The medical is expected to take place in the next couple of days.

Everton told Zaha not for sale

Everton’s interest in Wilfried Zaha is set to be tested, after Crystal Palace told Marco Silva’s side that the forward won’t be sold at any price, the Sun writes.

The Toffees submitted a bid of £55 million for the Ivory Coast international but had it rejected.

Arsenal also had a £40 million bid turned down, but Zaha made no secret of his desire to play for the Gunners, his boyhood club.

Unai Emery has told the media that Arsenal are working hard to bring in the best players for their squad, with a deal for Lille’s Nicolas Pepe nearing completion, the Evening Standard reports.

Pepe will cost the club £72 million, but Emery is keen to spend money on other areas of the pitch too.

Outlining his plans, the Arsenal boss said: “It’s one centre-back, one midfielder and one winger, and we are going to [try] to do that. I want a team that is better than last year, so the players can achieve a lot being with us this season.”

— Lazio midfielder Sergej Milinkovic-Savic‘s rumoured move to Manchester United is gathering pace, as Ole Gunnar Solskjaer’s side have reached a verbal agreement with the player, according to Corriere dello Sport. The 24-year-old carries a hefty price tag of around £81 million, and United might be able to bring him in only if Paul Pogba leaves Old Trafford.

— A potential transfer of Marseille winger Florian Thauvin to Arsenal will hinge on whether the North London club sign Pepe from Lille, La Provence reports. The Gunners aren’t blessed with time to make the decision because Manchester United, Paris Saint-Germain and Atletico Madrid are all reportedly interested in Thauvin as well.