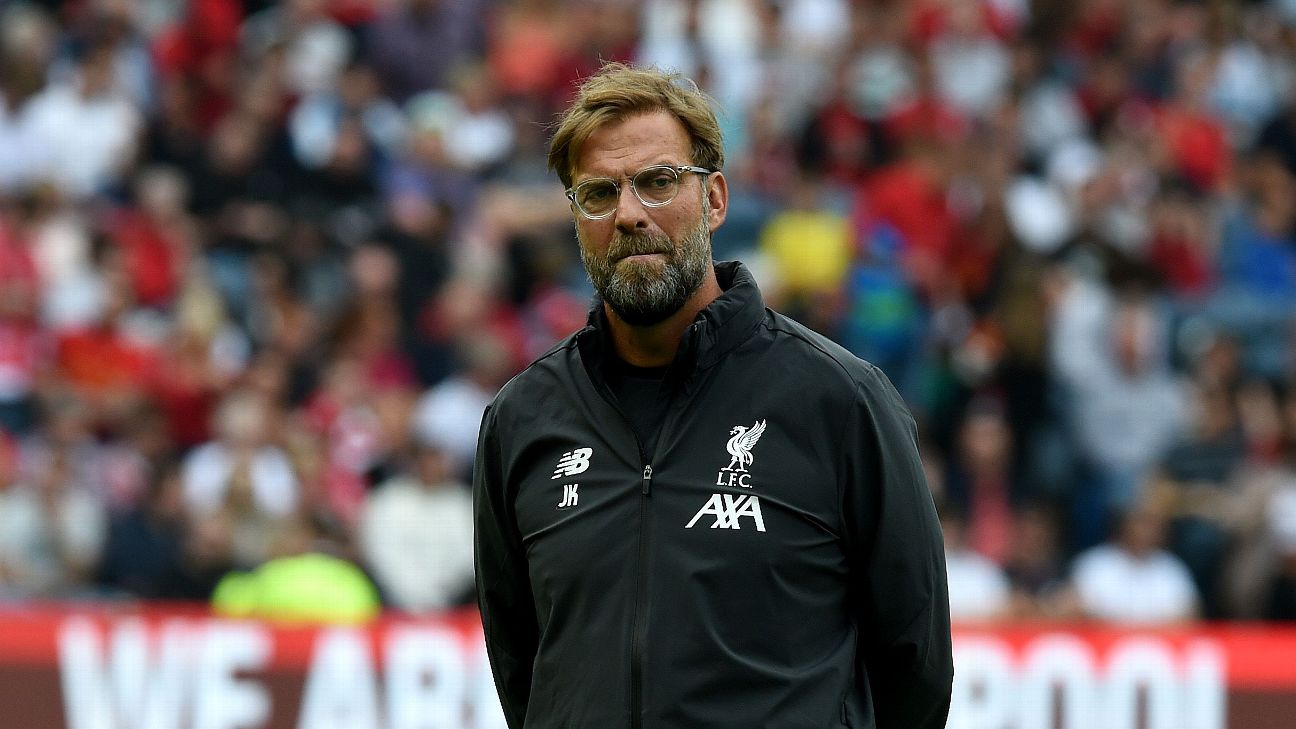 Liverpool manager Jurgen Klopp has said that his side “don’t have a chance” of beating Manchester City in Sunday’s Community Shield if they continue to defend poorly.

The Reds have failed to win any of their four preseason matches and they suffered a disappointing 3-0 defeat to Napoli on Sunday.

Liverpool will face Premier League champions City in the season curtain raiser at Wembley this weekend and Klopp said he fears for his team’s chances if they continue to concede goals.

“We didn’t defend counterattacks well yesterday [against Napoli],” he said in a news conference. “If that happened against City then you don’t have a chance. But we know each other well enough to know it will be different next Sunday.

“If you don’t defend well against City you could get a proper knock and we don’t want that.

Klopp added that Alisson, Roberto Firmino and Mohamed Salah will return to training ahead of the Community Shield but didn’t confirm whether they will be fit enough.

All three players haven’t featured in any of Liverpool’s preseason matches due to their involvement in the Copa America and Africa Cup of Nations this summer.

Klopp also said that although he wants to claim the first domestic trophy of the season, he does not believe the result will have an influence on the upcoming campaign.

“I don’t think we can expect to play our best game on Sunday,” he said. “But it’s about winning. There are different ways to do it, and we want to find one.

“I won the Super Cup in Germany five times — if you win it nobody cares, if you lose it some people care. Do I think it has an influence on the rest of the season? I don’t think so.”

Meanwhile, Liverpool defender Andrew Robertson said that teammates James Milner and Jordan Henderson expressed their anger at the team on the pitch after the loss against Napoli.

“It wasn’t good enough,” he said. “We were miles off it. We were outplayed. At times we looked foolish by not pressing as a team. We need to be a hell of a lot better than this.

“Jordan Henderson and James Milner pulled us in for a huddle on the pitch and what was said cannot be repeated until after 9 p.m.. It’s not crisis meetings, it’s preseason. But we can’t get into a habit of losing or drawing. We need to step it up massively.”

Following the clash against City, Liverpool will kick off the Premier League season against newly promoted Norwich City on Friday, Aug. 9.