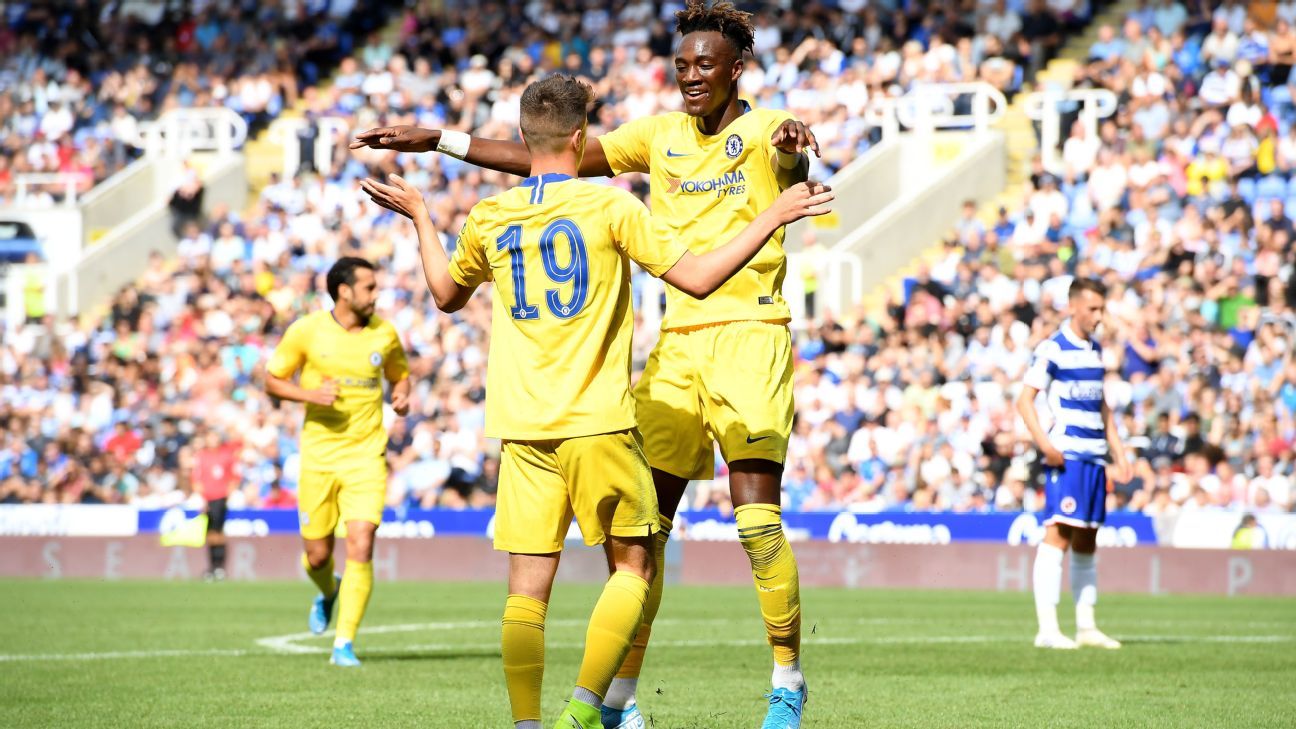 Chelsea came from behind to beat Championship side Reading 4-3 in a preseason friendly on Sunday thanks to goals from Ross Barkley, Kenedy and a brace from Mason Mount.

The Blues started a strong team with Christian Pulisic in the XI, but almost conceded from the first chance of the game as Tom McIntyre headed the ball off the bottom of the post in the 12th minute.

Just two minutes later, however, they were behind as Josh Barrett picked up a loose ball in the box and lobbed goalkeeper Willy Caballero.

Tiemoue Bakayoko, back after a loan spell at AC Milan last season, shot over the bar then Barkley levelled the scores with a fine free kick on 22 minutes.

Barkley, again, was the danger man as his free kick found OIivier Giroud but the Frenchman’s back-post header wasn’t on target.

Just before half-time, Kenedy and Barkley combined for the Brazilian to whistle a shot wide and then Chelsea took the lead as Kenedy hammered an effort from outside the box past goalkeeper Joao Virginia.

At the break, Chelsea made 10 changes and the hosts 11 (bringing on Chelsea loanee and U.S. international Matt Miazga), but Frank Lampard’s men immediately conceded an equaliser as an unmarked Michael Morrison appeared at the far post to tap home.

Only Caballero kept his place from the first half and his opposite number Sam Walker was beaten by a David Luiz effort on the turn which crashed off the crossbar in the 55th minute.

Minutes later, though, Chelsea were back ahead as Mason Mount picked up the ball inside the box and hammered it into the net.

And, shortly after, Mount had a second goal as Walker’s poor clearance found Michy Batshuayi, who found Mount to poke home from a yard out.

Reading weren’t done and got one back in the 70th minute via Sam Baldock.

Chelsea almost extended their lead as Tammy Abraham’s overhead kick was tipped wide by Walker and they held on for the win.